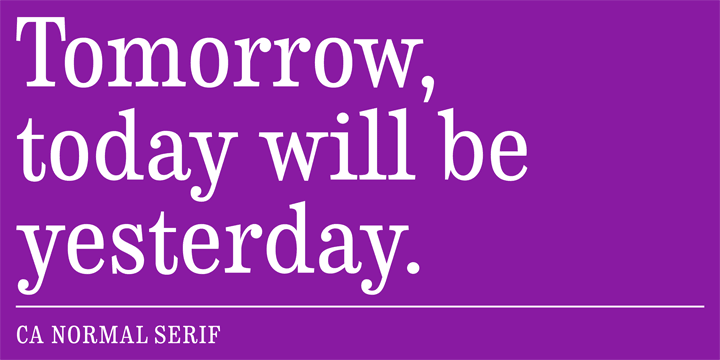 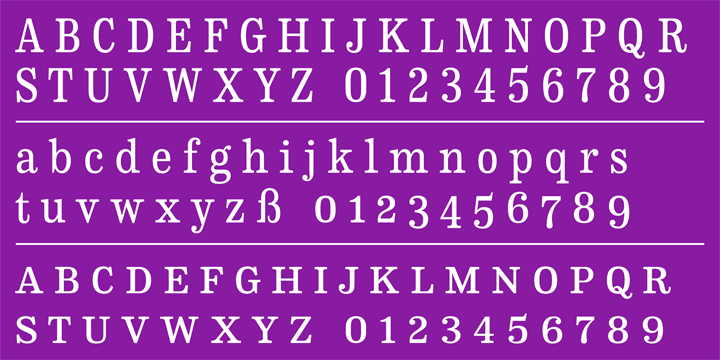 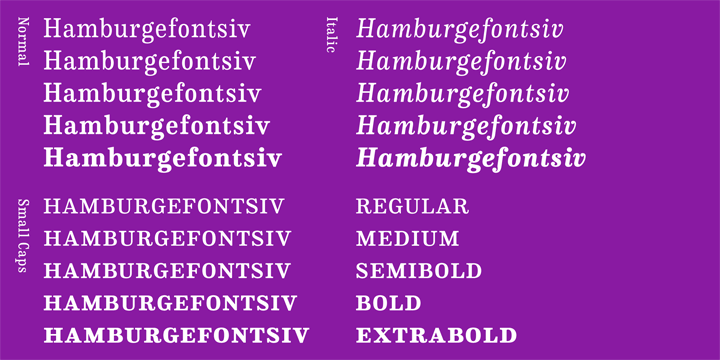 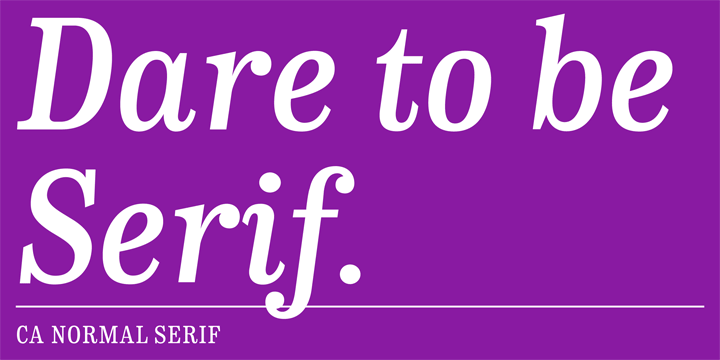 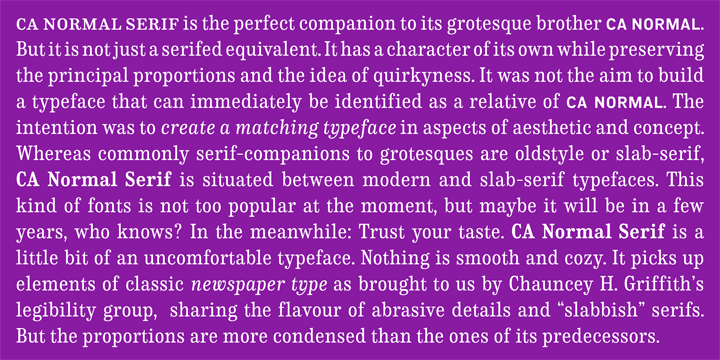 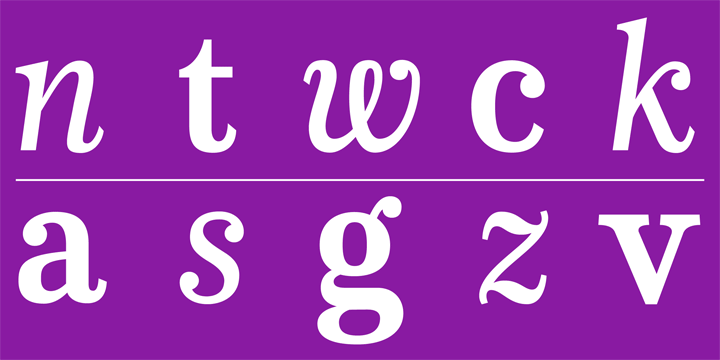 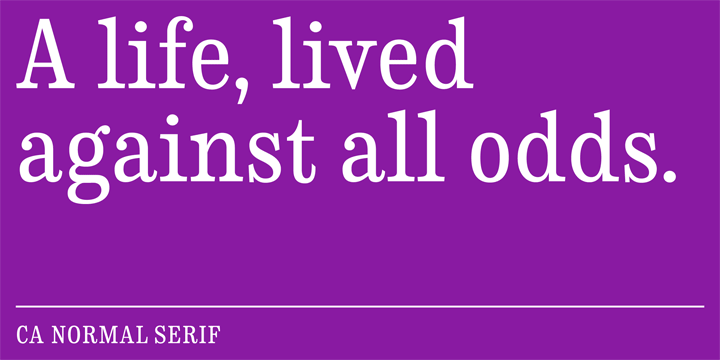 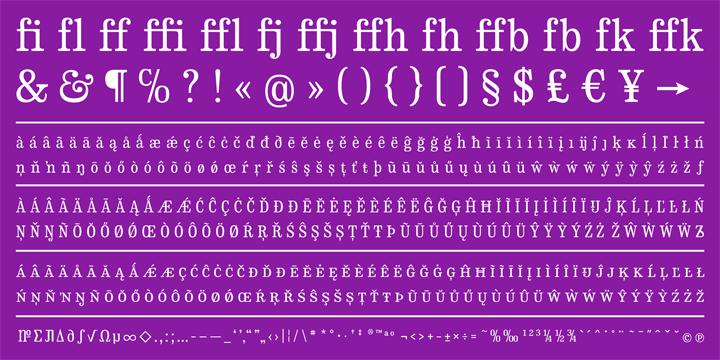 CA Normal Serif is a serif font family. This typeface has ten styles and was published by Cape Arcona Type Foundry.

CA Normal Serif is the perfect companion to its grotesque brother CA Normal. But it is not just a serifed equivalent. It has a character of its own while preserving the principal proportions and the idea of quirkiness. It was not the aim to build a typeface that can immediately be identified as a relative of CA Normal. The intention was to create a matching typeface in aspects of aesthetic and concept. Whereas commonly serif-companions to grotesques are old-style or slab-serif, CA Normal Serif is situated between modern and slab-serif typefaces.
It picks up elements of classic newspaper type as brought to us by Chauncey H. Griffith’s legibility group, sharing the flavor of abrasive details and “slabbish” serifs. But the proportions are more condensed than the ones of its predecessors giving it a bit more elegance, which moves it closer to the aesthetic of scotch romans.