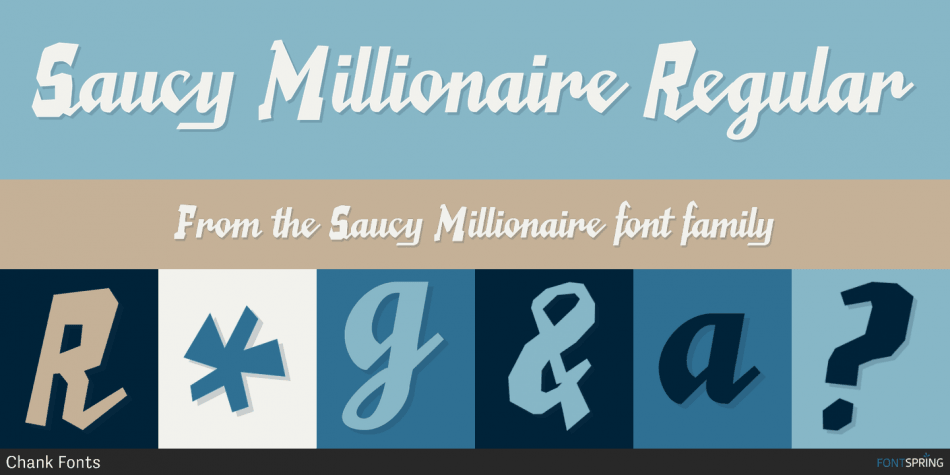 Saucy Millionaire is a retro and kids font published by Chank Fonts.

Saucy Millionaire is the bastard child of two half-baked fonts Chank started in 1996. Saucy was a highly-caffeinated, bouncy font that was all caps and left unfinished because its purpose was already served by Chank’s popular font Tabitha. Millionaire was a stylized, geometric, script face inspired by a logo on a paint tube. Millionaire’s lowercase letters came out quite easily, but the caps were left unfinished. Now these two half-fonts have merged to create quite an interesting new free font. Kinda jazzy, kinda freaky. Definitely out of the ordinary.