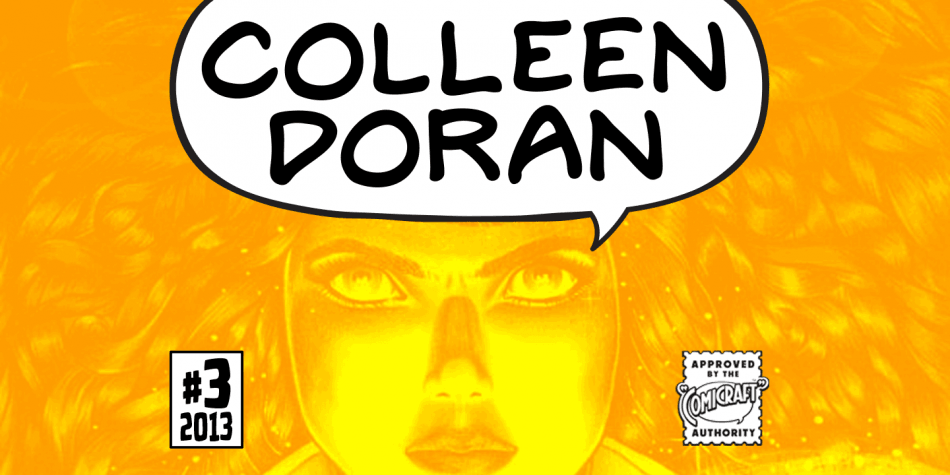 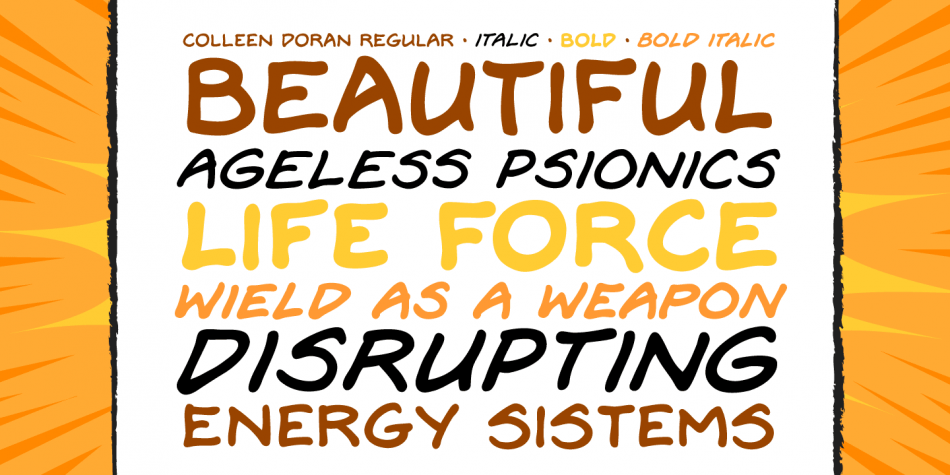 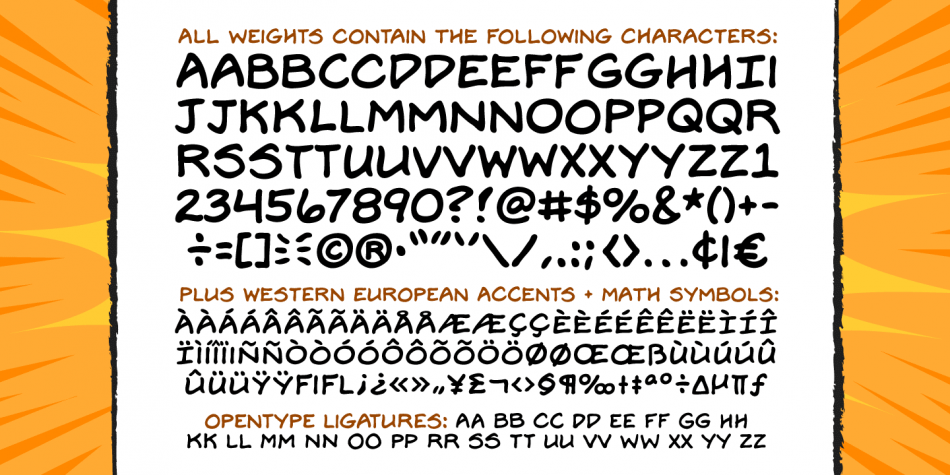 Designed by John Roshell and Colleen Doran, Colleen Doran is a comic and hand display font family. This typeface has four styles and was published by Comicraft.

A DISTANT SOIL is a classic bold and beautiful science fiction/fantasy comic book series by creator, writer, artist AND letterer Colleen Doran! A DISTANT SOIL is being remastered and re-released by those awfully nice chaps at Image Comics and Colleen commissioned Comicraft to create the definitive bold and beautiful Colleen Doran font, based on her original pen lettering, so that she might re-letter the series without excessive eye strain or hand cramp. Not only that, she has also authorized us to release the font as part of our Masters of Comic Book Art series!