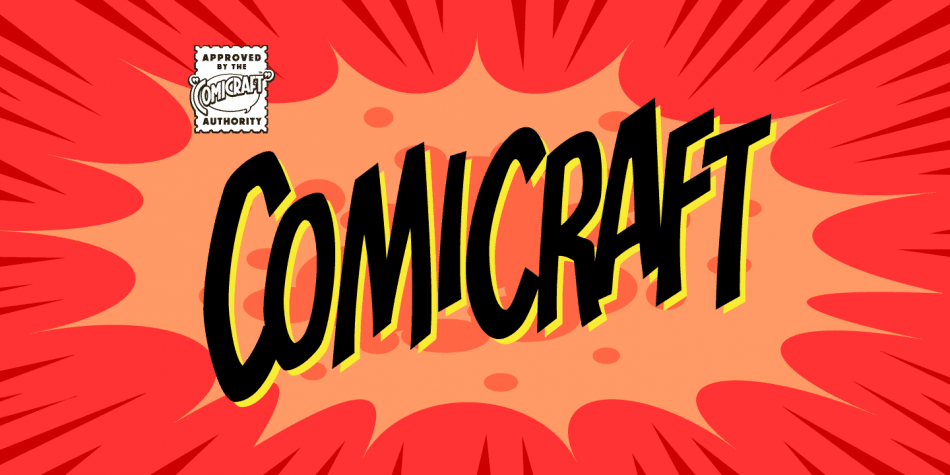 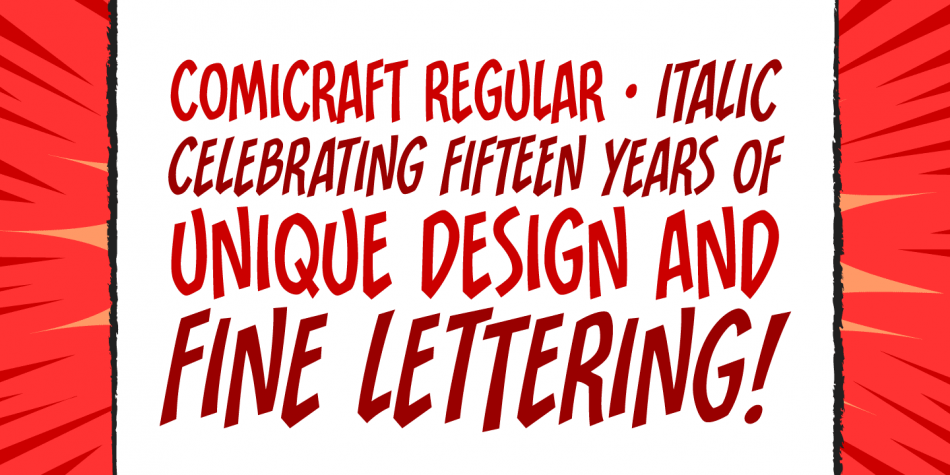 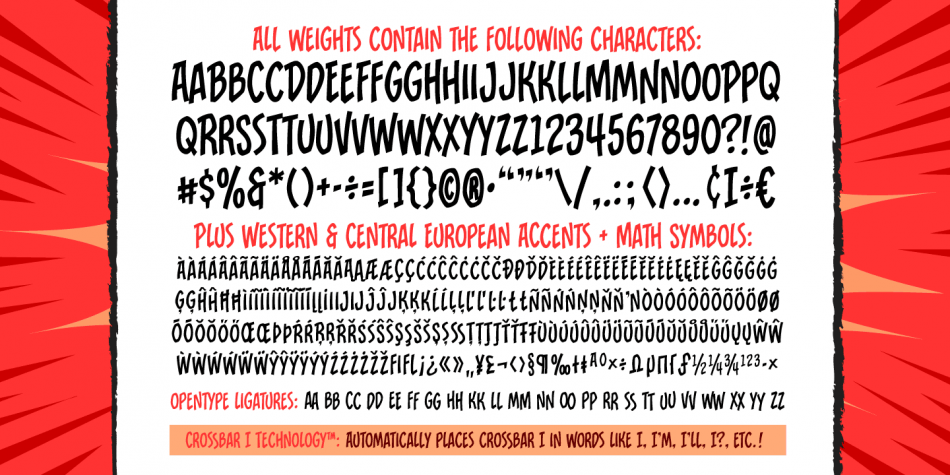 Designed by John Roshell, Comicraft is a comic and hand drawn font family. This typeface has two styles and was published by Comicraft.

FIFTEEN YEARS! Hundreds of fonts of Unique Design, Thousands of pages of Fine Lettering, Millions of satisfied customers and Elephantmen served! Yes, 2007 is Comicraft’s fifteenth anniversary and we’re celebrating with the relaunch of the COMICRAFT website and the launch of a brand new font… a font that’s not just a bunch of letters arranged in alphabetical order… this one’s Carefree, Original, Mirthful and Interesting, it’s Clever, it’s a little bit Raunchy, a little bit Adventurous, Friendly and Tenacious all at the same time—and if that doesn’t spell COMICRAFT, then we just didn’t eat enough chocolate today.

COMICRAFT: Stimulating the release of endorphins in your system preferences since 1992.