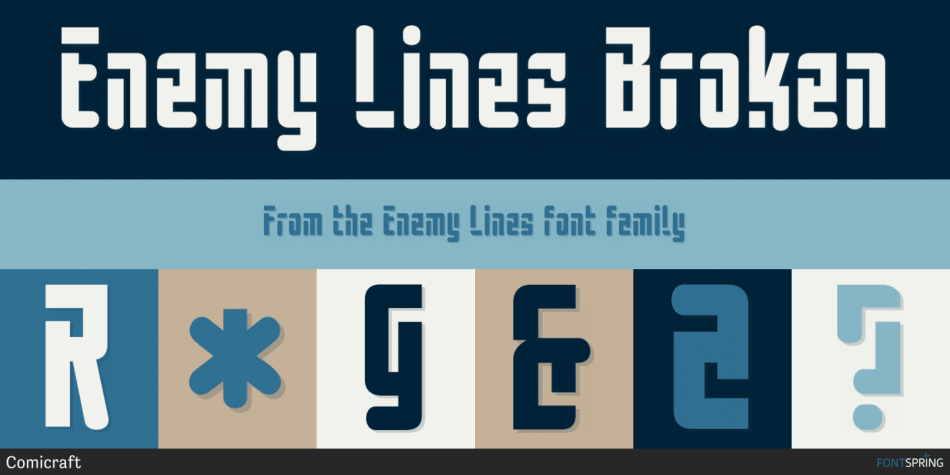 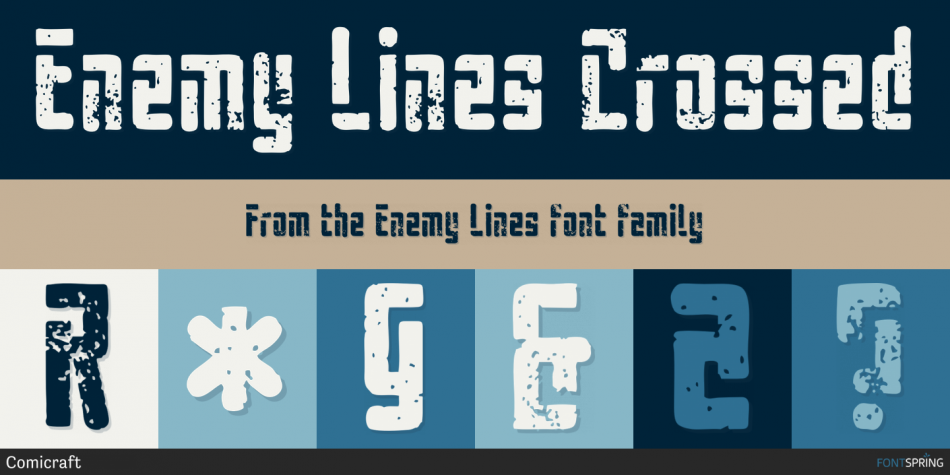 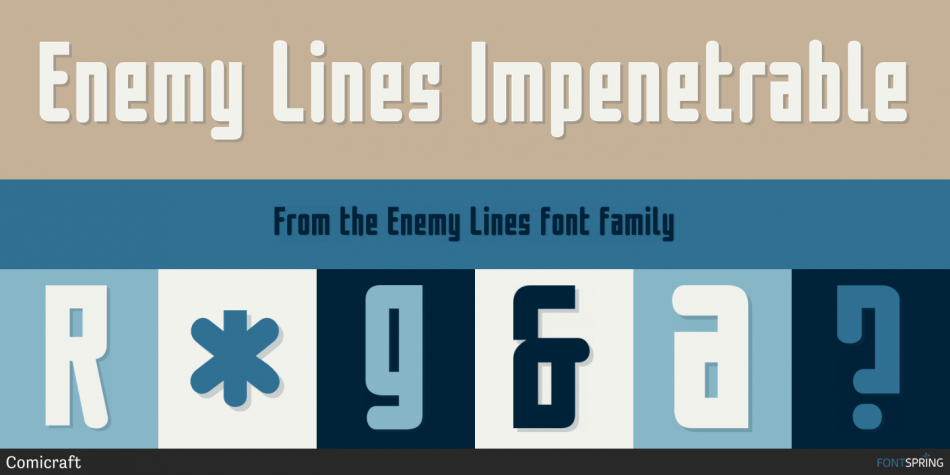 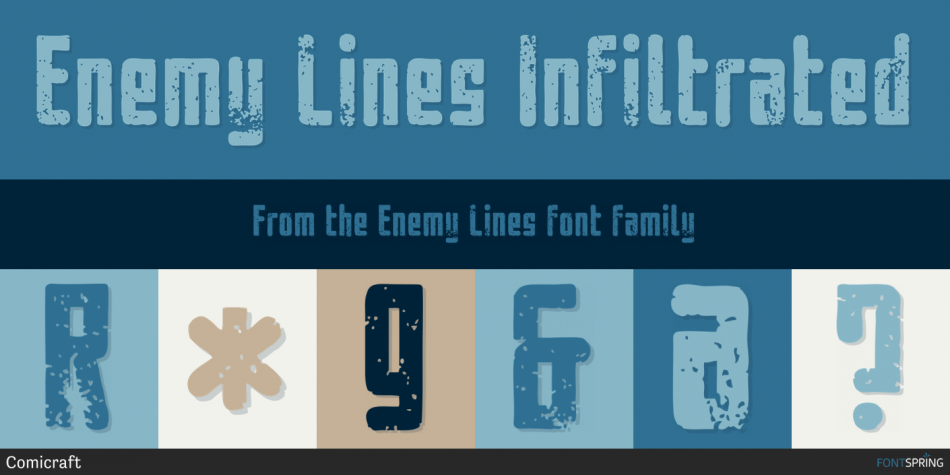 Designed by John Roshell, Enemy Lines is a display sans and stencil font family. This typeface has four styles and was published by Comicraft.

You’ve been shot down over enemy territory and you’ve managed to survive for weeks thanks to your training and instincts*... but now you’re being ruthlessly pursued by MAPPO’s footsoldiers… The ELEPHANTMEN! Will your commanding officer go against orders in an attempt to rescue you or will his mission be abruptly aborted, stranding you behind ENEMY LINES? In order to survive, you may have to betray your own rebel forces, your allies and the entire free world!

The future of mankind hangs in the balance! Failure is not an option! Bummer.

*This font’s modus operandi bears no relation to the story of any other font that may have been shot down behind enemy lines, real or imagined.