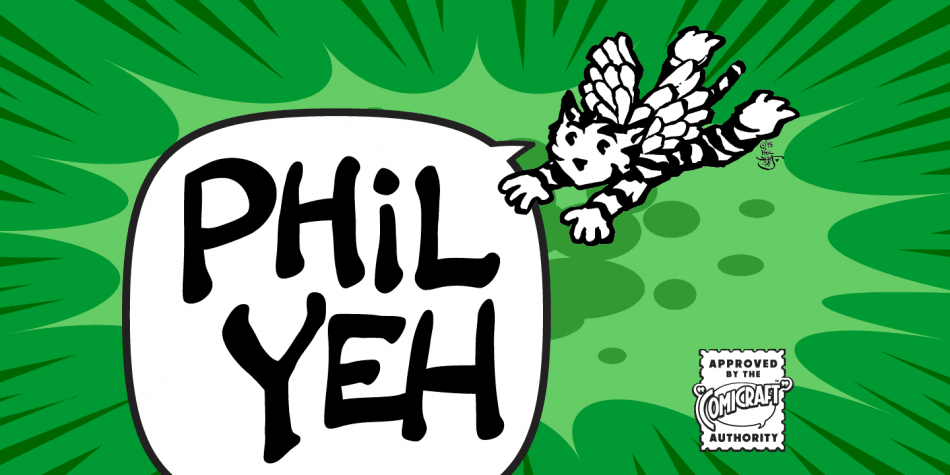 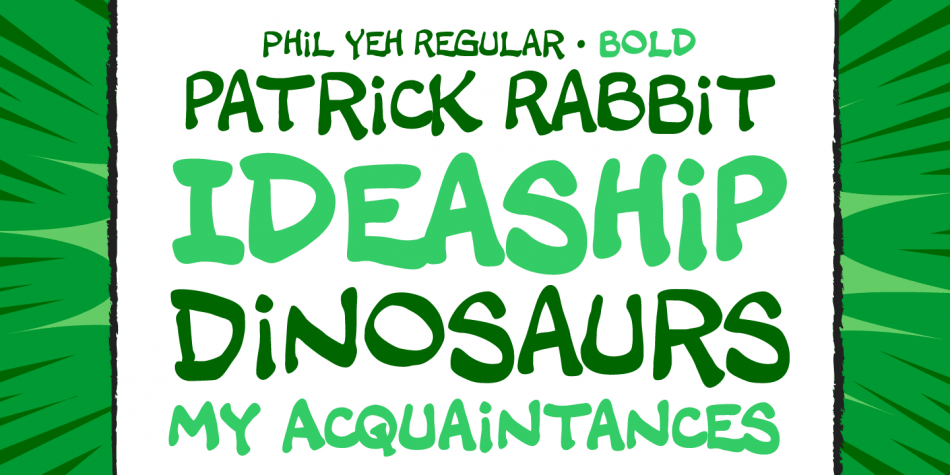 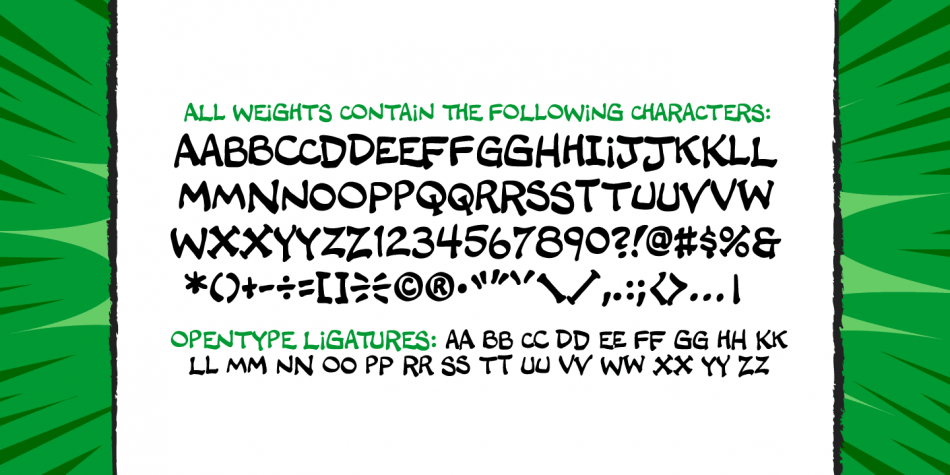 Designed by John Roshell, Phil Yeh is a hand display and hand drawn font family. This typeface has two styles and was published by Comicraft.

A two font family. This contains every font in the Phil Yeh Family.

Since 1985, Cartoonists Across America & The World have been promoting literacy, creativity, the arts, and other positive issues using cartoons and humor. Founder Phil Yeh and his band of artists—including Comicraft President and First (Flying) Tiger, Richard Starkings—create books, paint murals, take part in school assemblies, conventions, conferences and other public events for all ages throughout the world!

Cartoonists Across America & The World have worked in partnership with the Center for The Book in The Library of Congress and other organizations all over the world. They have painted more than 1000 murals in 49 of the United States as well as in Canada, Mexico, Italy, England, France, Germany, Hungary, The Netherlands, China, Taiwan, Singapore, and the Cayman Islands. So we made Phil a font ‘cause he’s a noble soul. Avoid Extinction—Read, Reuse, Reduce and Recycle!