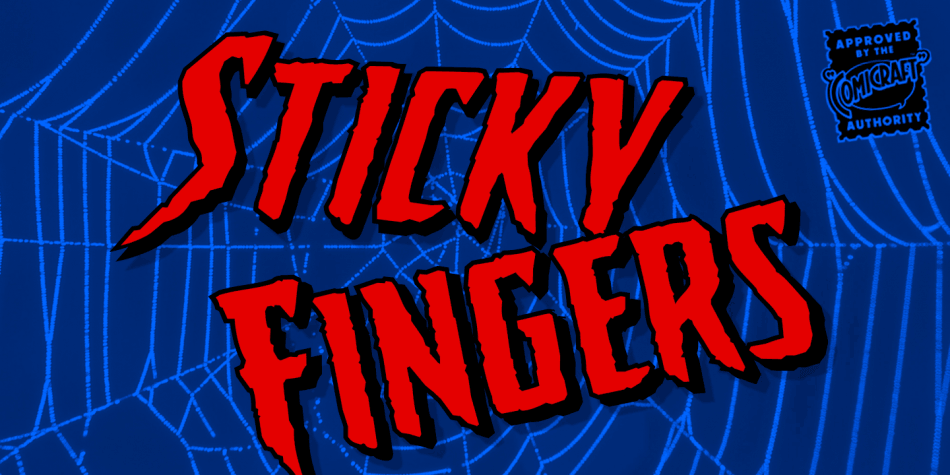 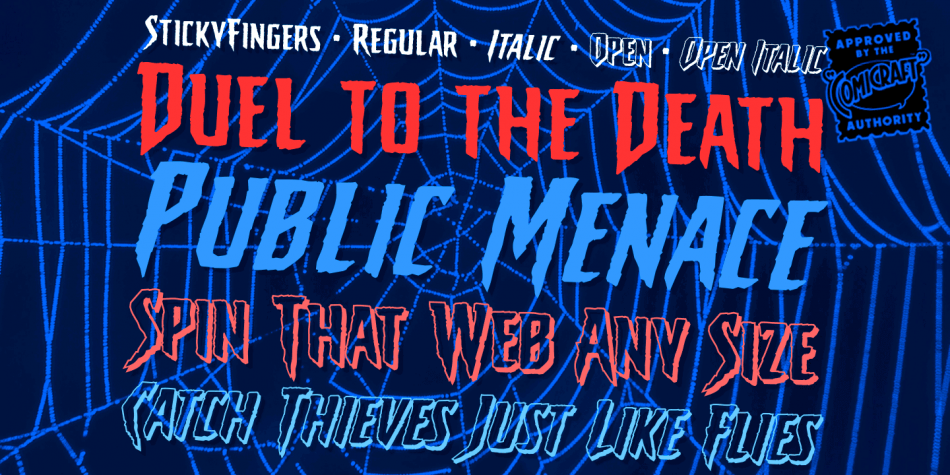 Designed by John Roshell, Sticky Fingers is a comic font family. This typeface has four styles and was published by Comicraft.

LOOK OUT! It’s kinda creepy, we know, but we’re convinced that this font does whatever a spider can—in fact, we believe it can actually spin a web of pretty much any size, and even catch thieves as if they were bugs of some sort—let’s say flies. In fact we’d almost go so far as to say that, in the chill of night (perhaps at the scene of a crime) this font may just arrive like a streak of light in the nick of time.

We’re releasing this font now not for wealth or fame, we ignore those things, action is our reward. Here at Comicraft we think of life as a great big bang up, and whenever there’s a hang up, you won’t find us climbing—or crawling—the walls… well, not without STICKY FINGERS anyway!