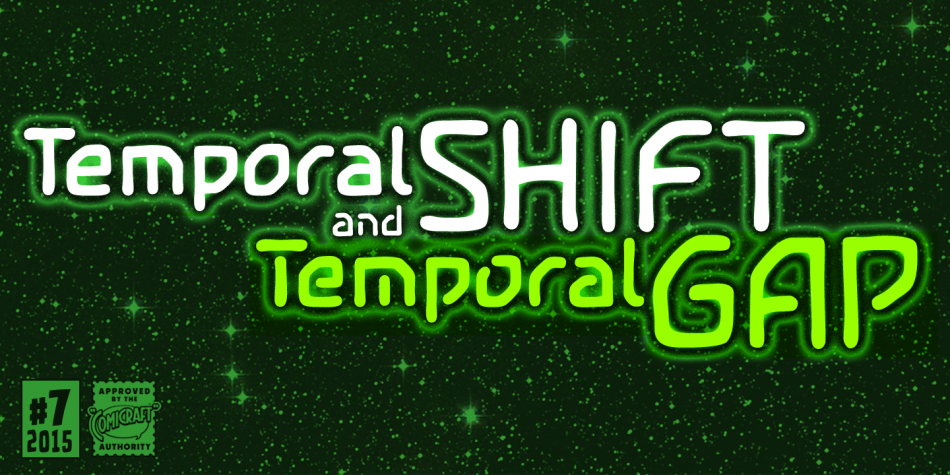 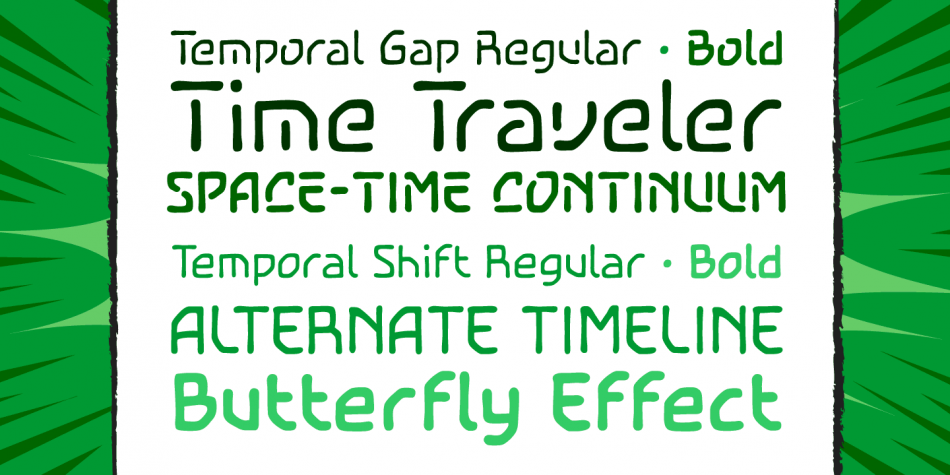 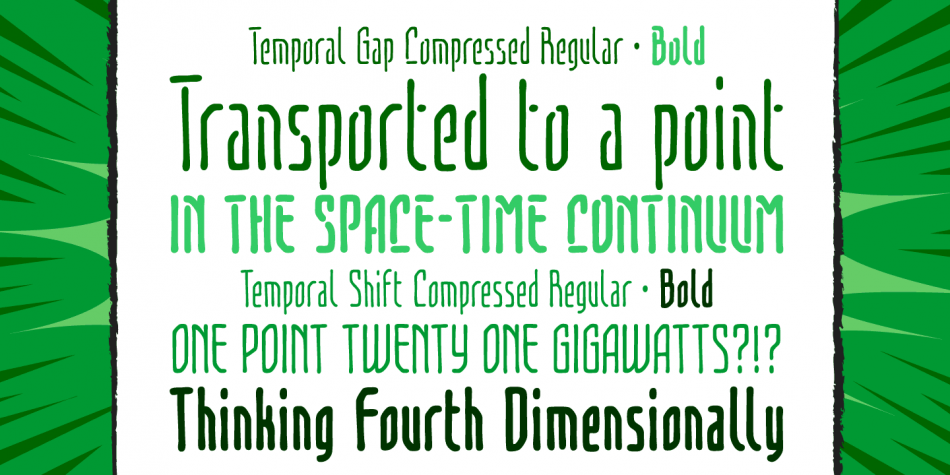 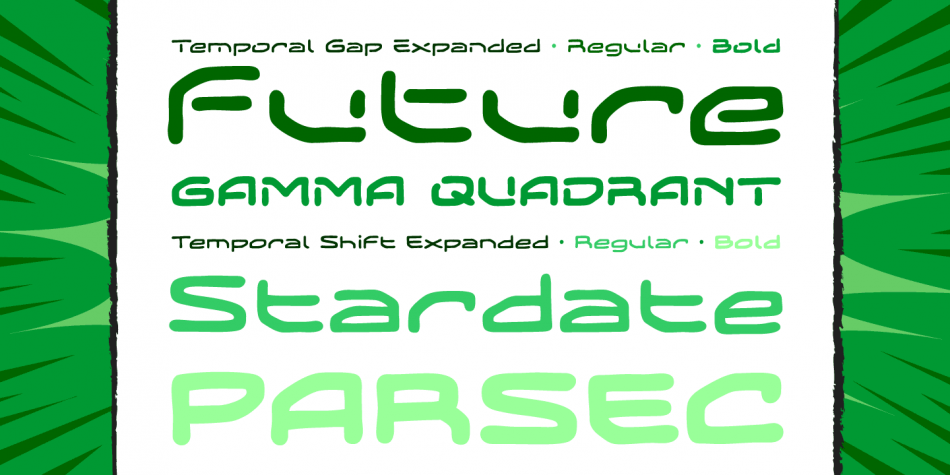 Would have, should have, could have… our irreversible progression from the past through the present to the future continues, our lives devouring history like gull-wing cars using up gas. But when you absolutely, positively Gotta Get Back In Time, and your every move could change the world, well sometimes you need to get yourself up to eighty-eight miles an hour and get the hell outta there! A temporal shift is an event via which a person, or a person sitting in a DeLorean, is transported out of their timeline into another point within the space-time continuum. And this is its font.

You’re trapped in an endless now… seconds seem to be stretching out interminably… There’s an eternity between every tick, every tock of the clock… Your consciousness is stretched to the limit as time is expanded to fill the void between each microsecond. There’s a signpost up ahead… the letters appear to stretch into infinity. Anyone know the name of the font it’s set in?

If it seems like minutes are flying by like seconds, hours like minutes, you’re right— time IS speeding up. There’s not enough time in the day or days in the week; the rent is due and there’s not enough month at the end of the money… Slow down time and typespace right now, and squeeze more words into each line and time into each day, with Temporal Shift and Temporal Gap Compressed!