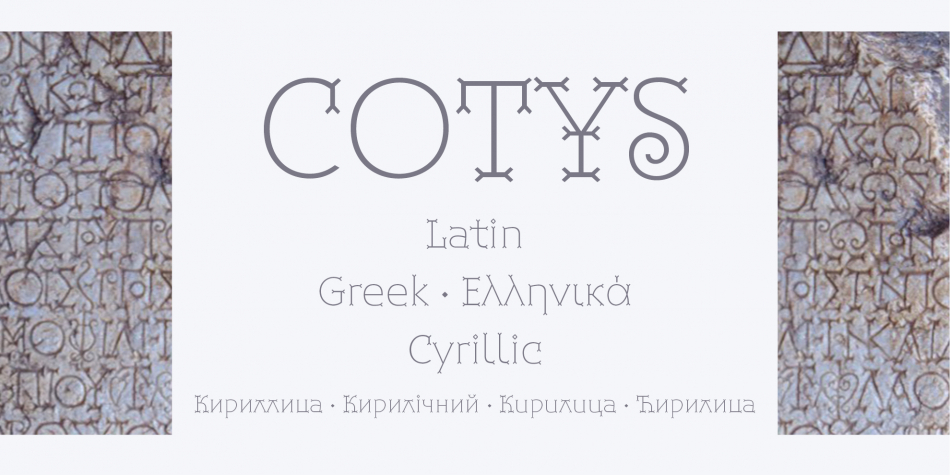 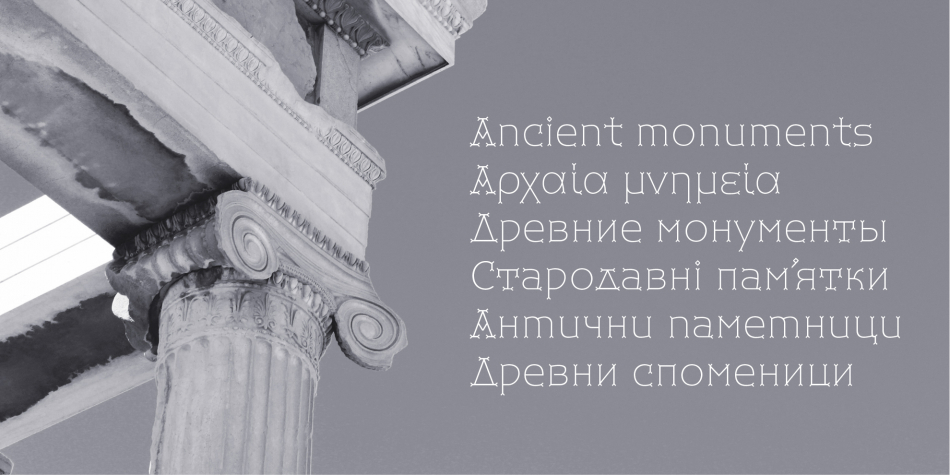 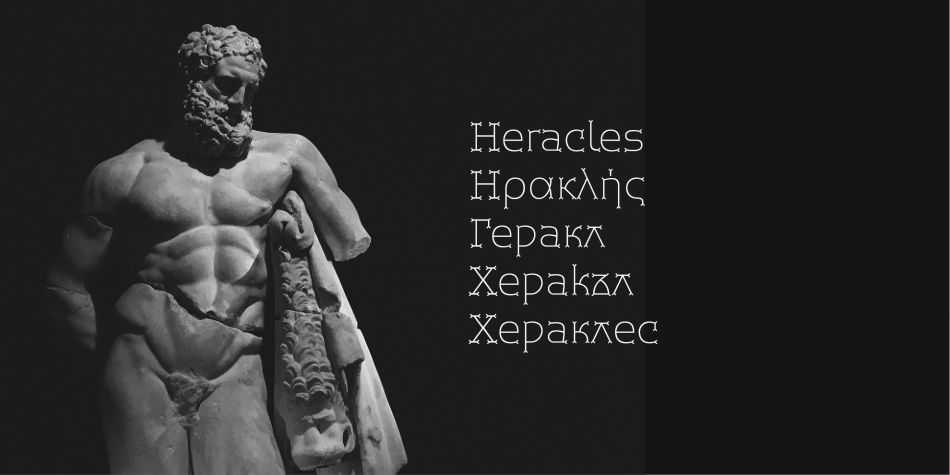 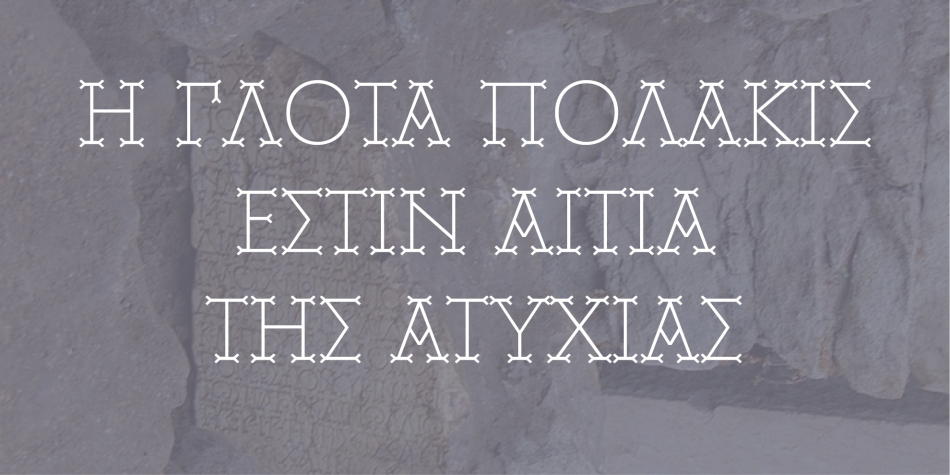 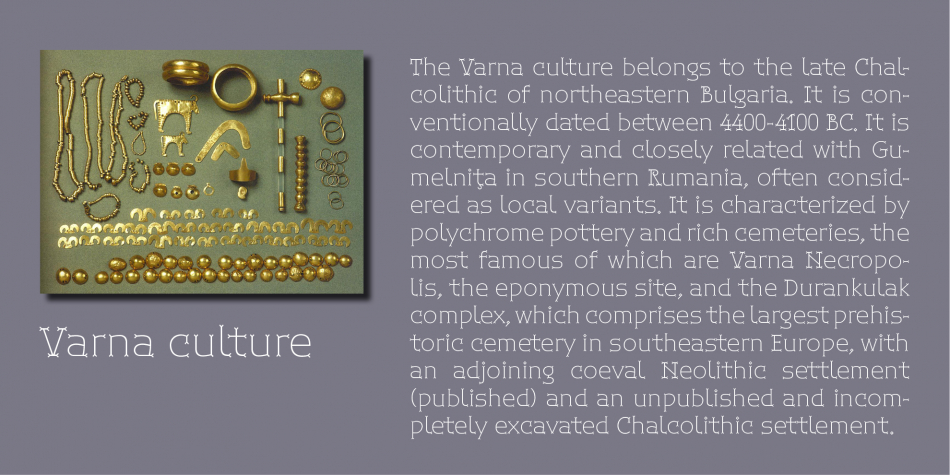 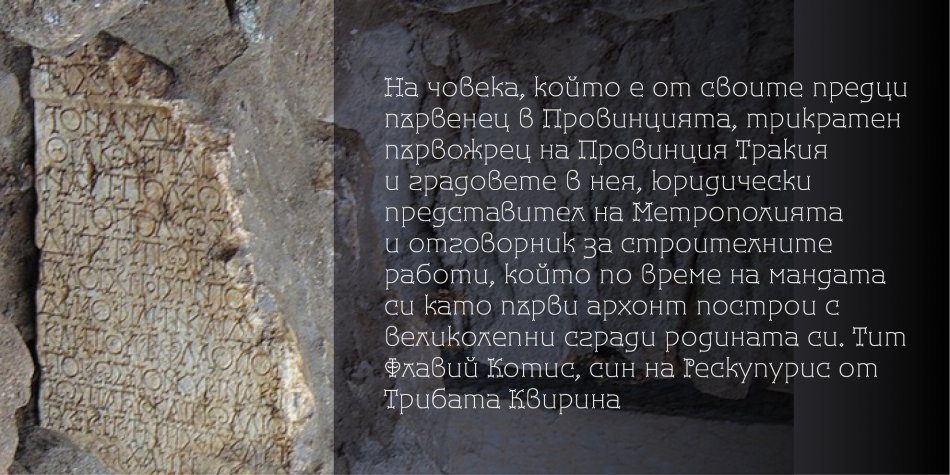 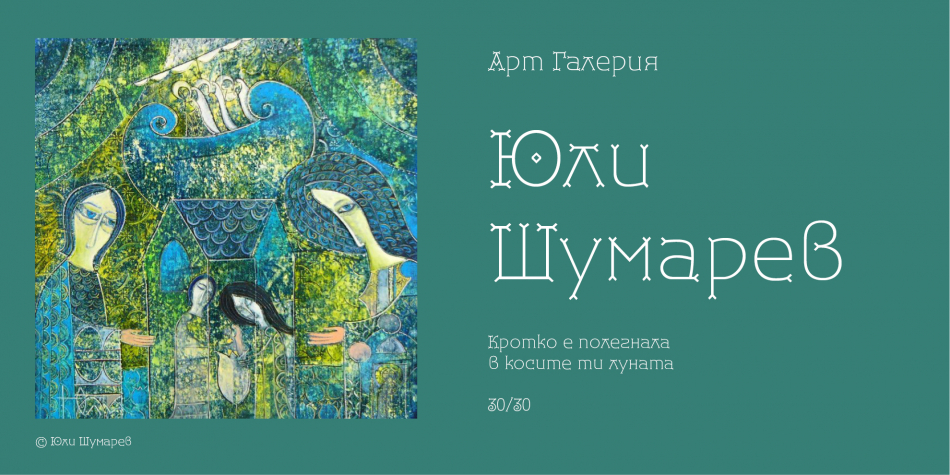 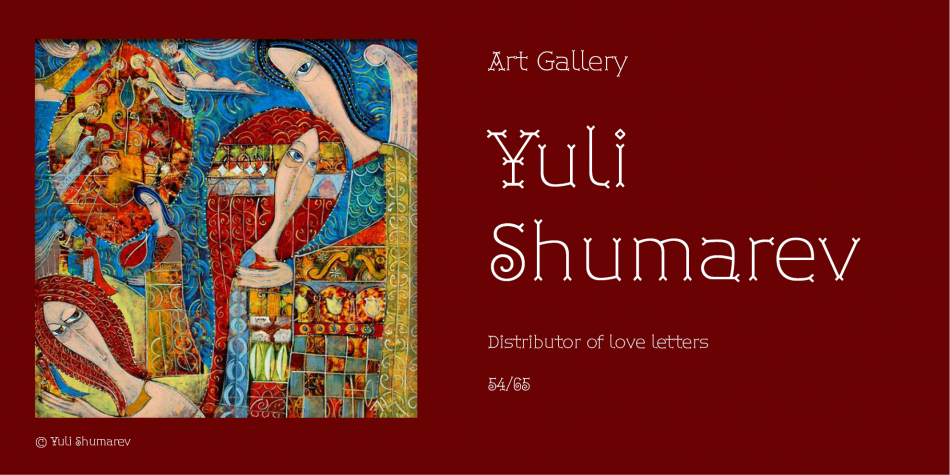 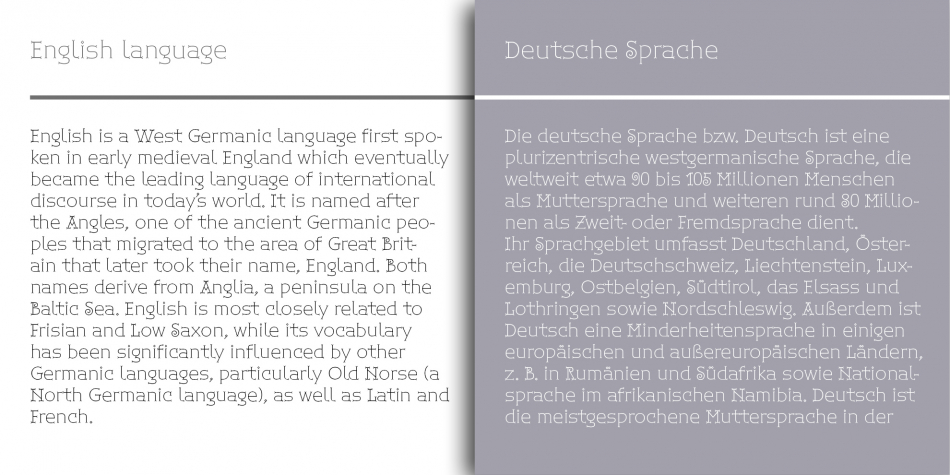 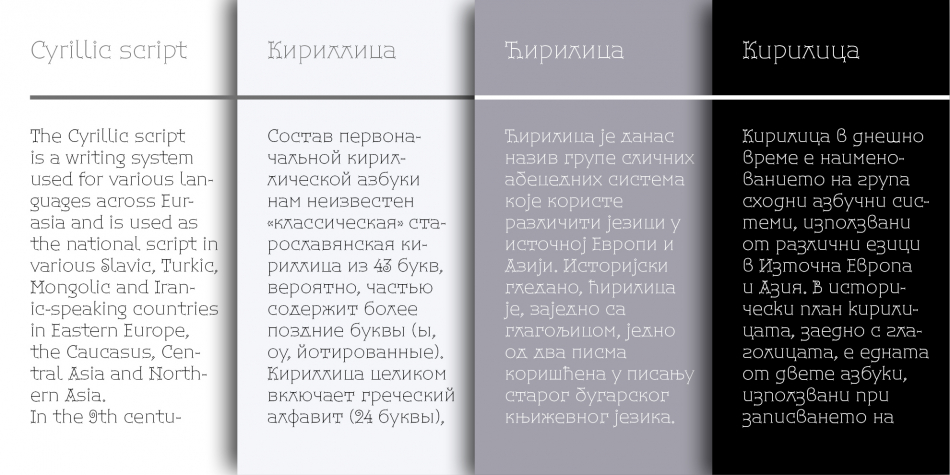 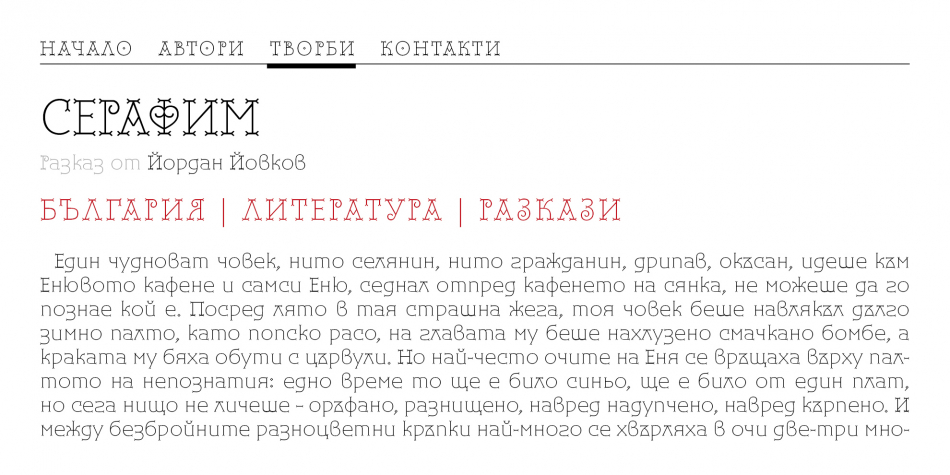 “In 2016, the opening of an inscription in ancient Greek in the underground gallery of the Ancient Theatre in Plovdiv (Bulgaria) changed the idea of ​​its creation. And while the historians were inspired by the content of the inscription, I was inspired by the extraordinary drawing of the Greek letters and decided to revive them. I started the Cotys project by creating the Greek and Latin letters. Then I turned to the famous Ukrainian font designer Viktor Kharyk and offered him to continue the project together. Viktor created the Cyrillic letters, the lowercase letters for Latin and Greek script, and also complemented the font with multiple ligatures. Thanks to Victor’s work, the font has a rich ligature knit and creates conditions for finding unique design solutions. Multilingual support in the font – Latin, Greek script, Cyrillic (Russian, Ukrainian, Belarusian, Bulgarian, Serbian), creates a broad prospects for the use of the font Cotys.”