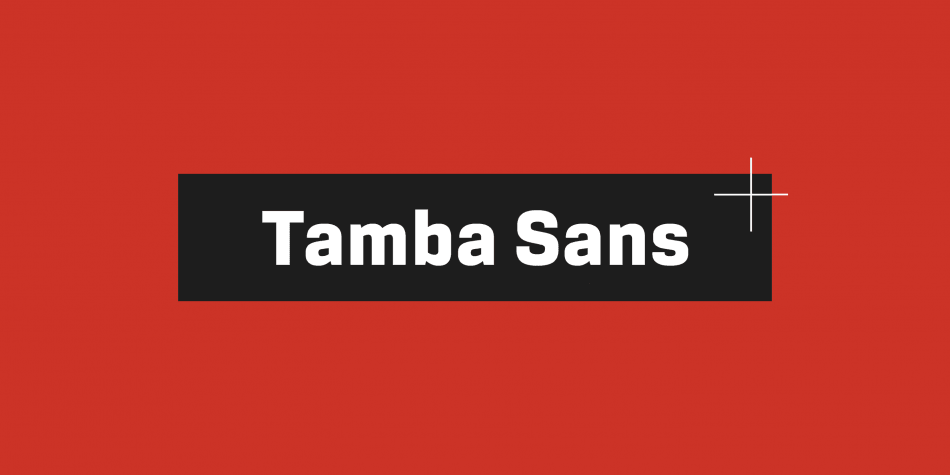 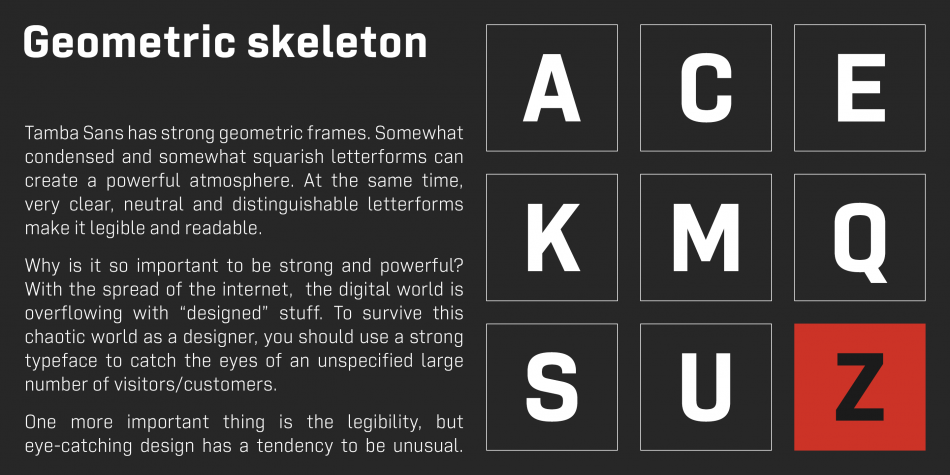 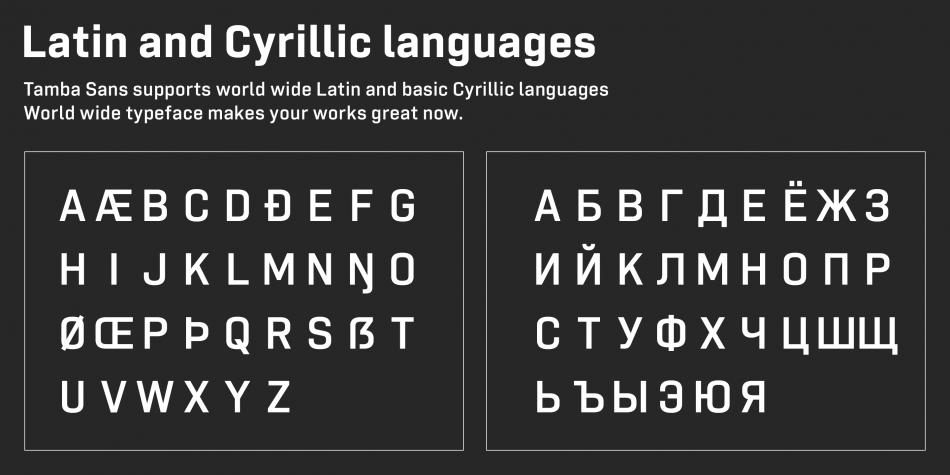 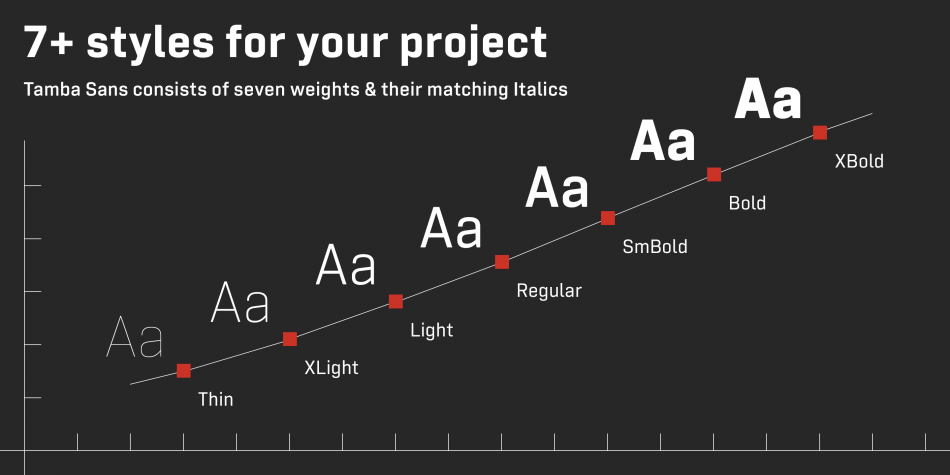 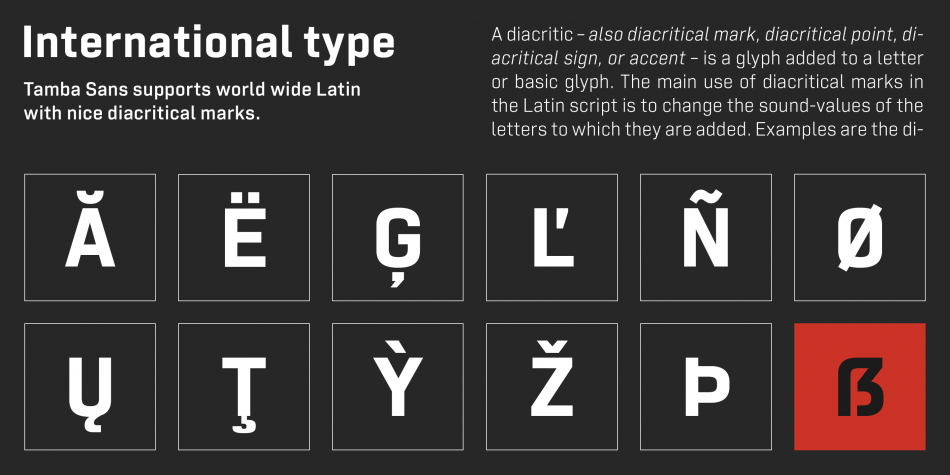 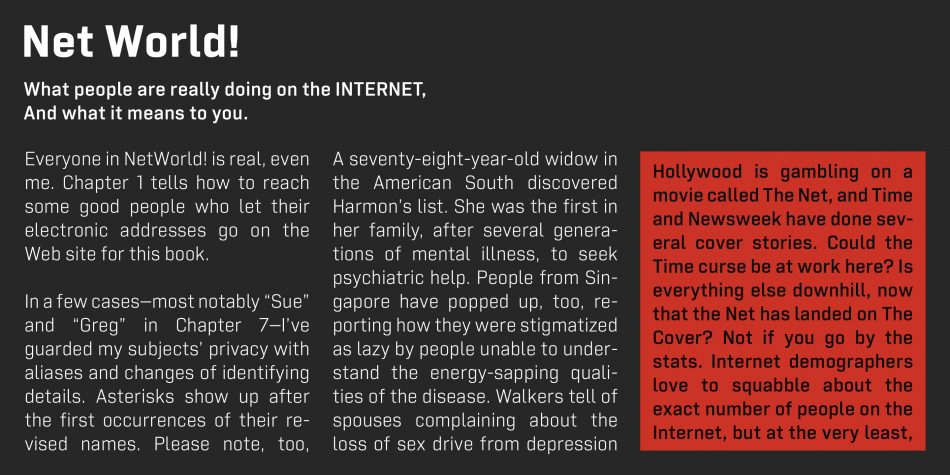 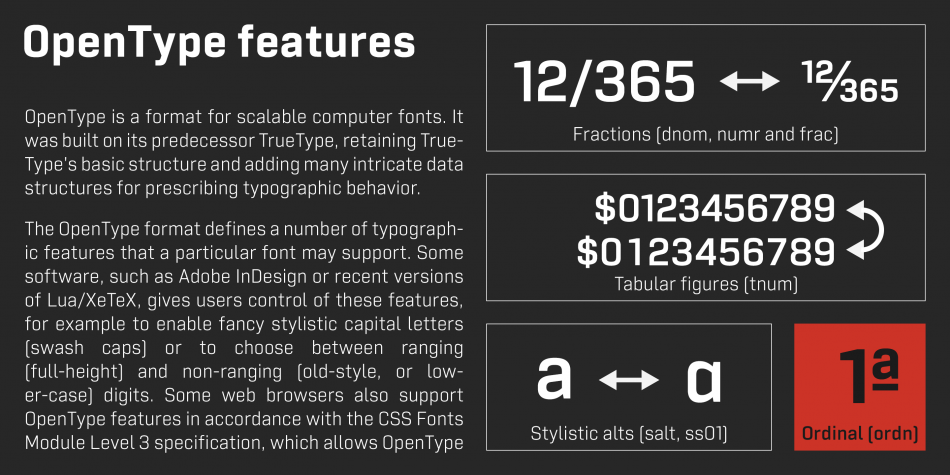 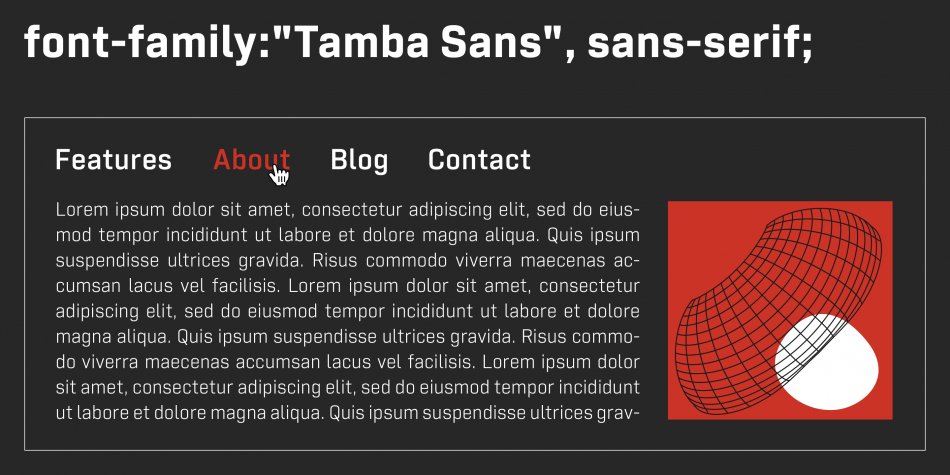 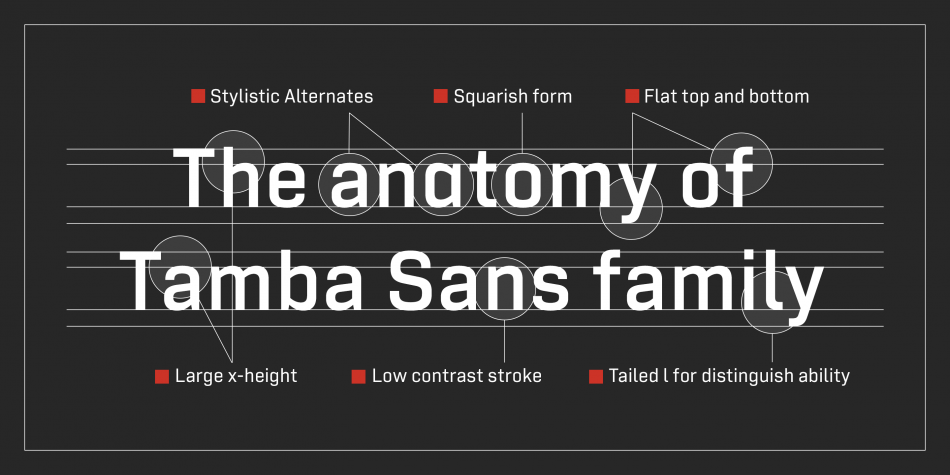 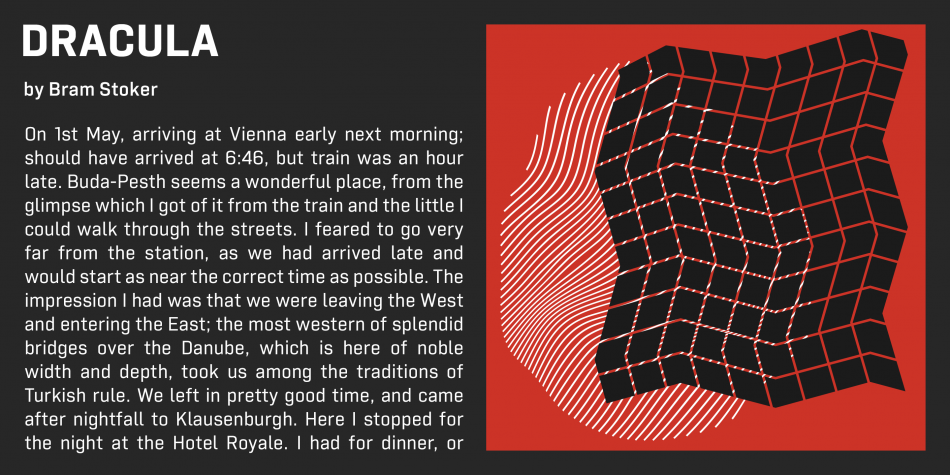 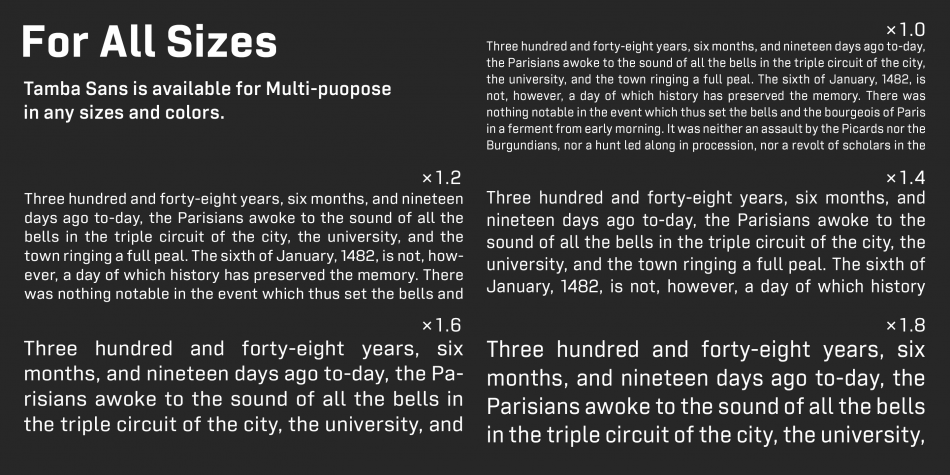 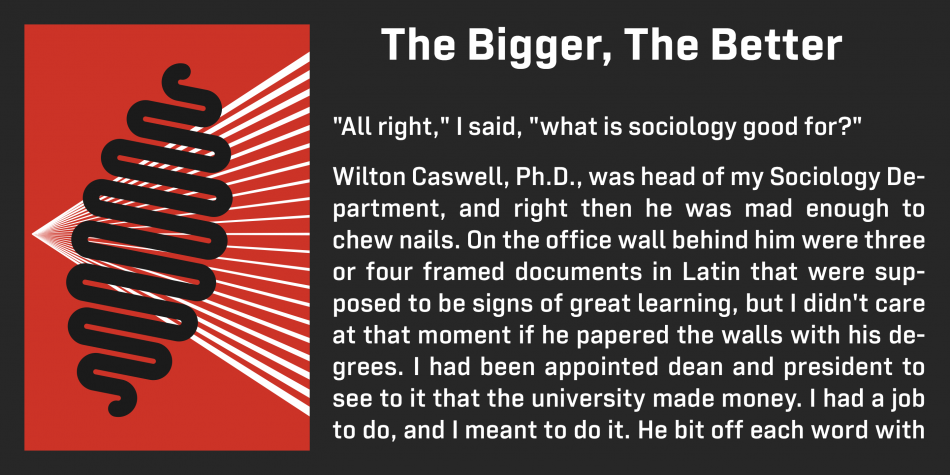 Designed by Ryoichi Tsunekawa, Tamba Sans is a display sans font family. This typeface has fourteen styles and was published by Dharma Type.

A fourteen font family. This contains every font in the Tamba Sans Family.

Tamba Sans has strong geometric frames. Somewhat condensed and somewhat squarish letterforms can create a powerful atmosphere. At the same time, the very clear, neutral and distinguishable letterforms make it legible and readable.

With the spread of the internet, the digital world is overflowing with “designed” stuff. To survive this chaotic world as a designer, you should use a strong typeface to catch the eyes of an unspecified large number of visitors/customers. This is why it is so important to be strong and powerful.

One more important thing is the legibility, but the eye-catching design has a tendency to be unusual. Those two things conflict with each other. Tamba Sans solved this problem with an exquisite balance.