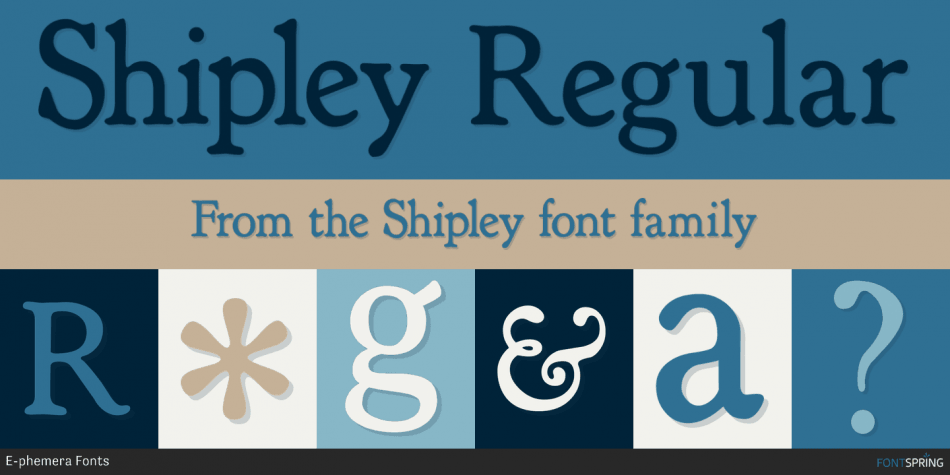 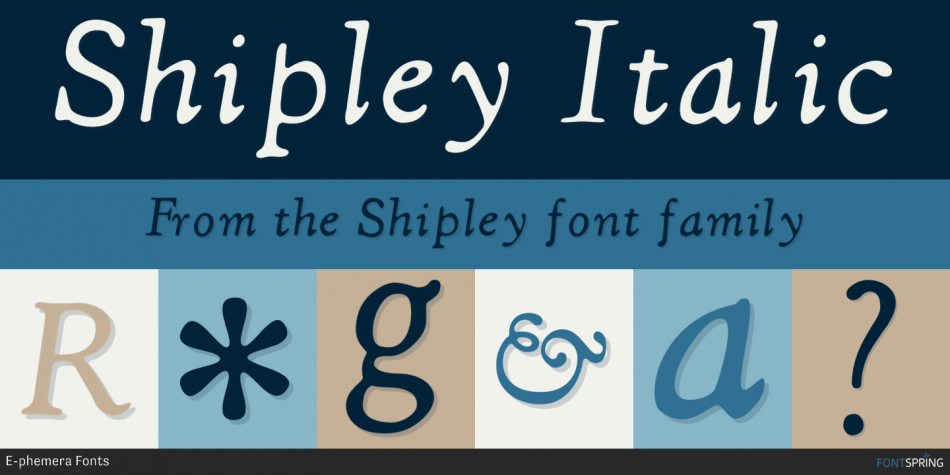 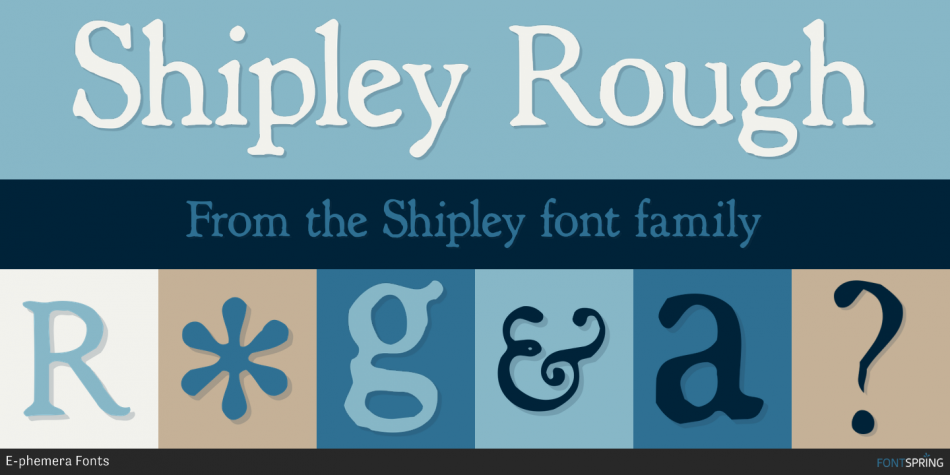 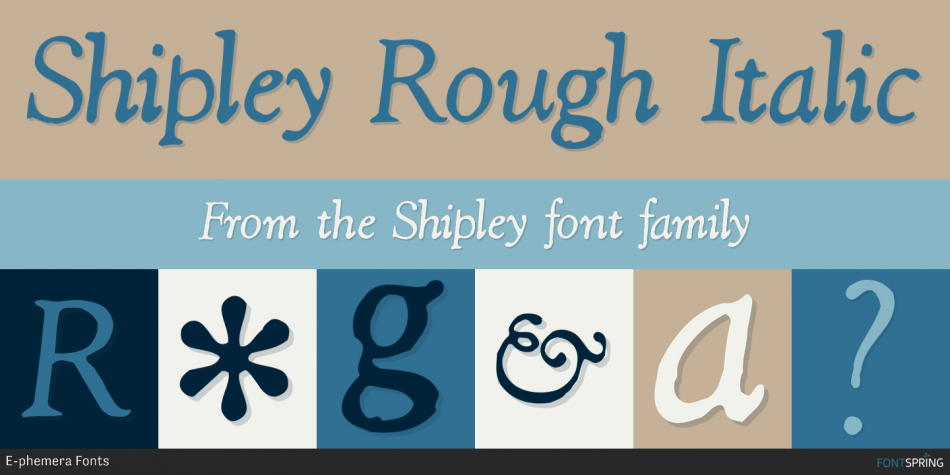 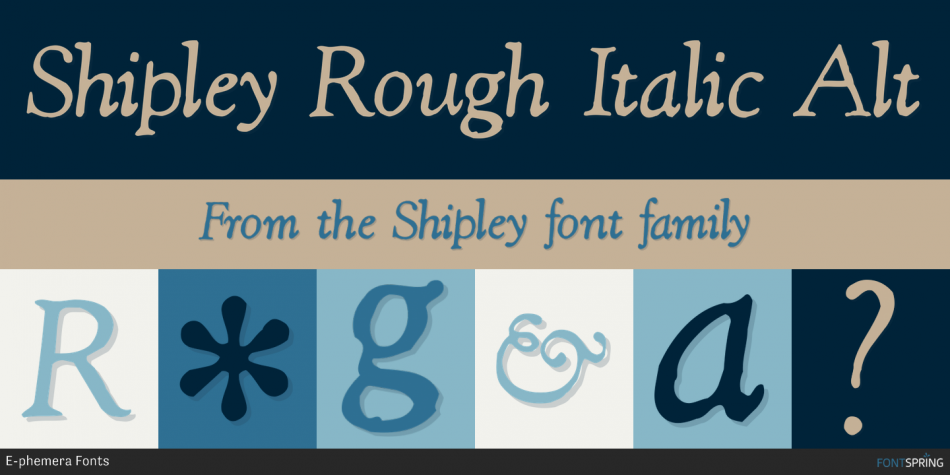 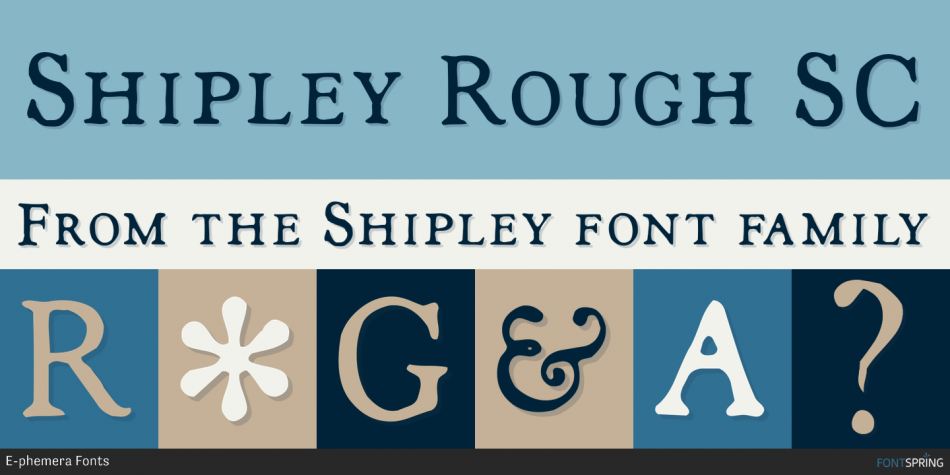 Shipley is a historical and serif font family. This typeface has six styles and was published by E-phemera Fonts.

Shipley is based on Kennerley, which is regarded by some as Goudy’s most beautiful type, but which seems to have suffered from desuetude in recent decades.

This version is based on vintage printed samples, primarily a leaflet from the mid-1920s published by the now-defunct Science League of America, which features a passionate defense of evolutionary theory signed by Science League president Maynard Shipley.

There is a clean, crisp regular and italic, plus four different “rough” versions with irregular outlines to replicate the feel of worn metal type.