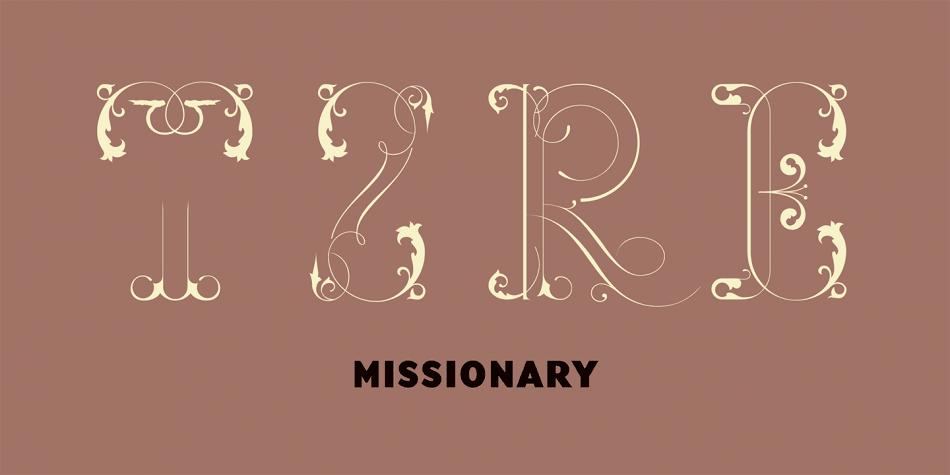 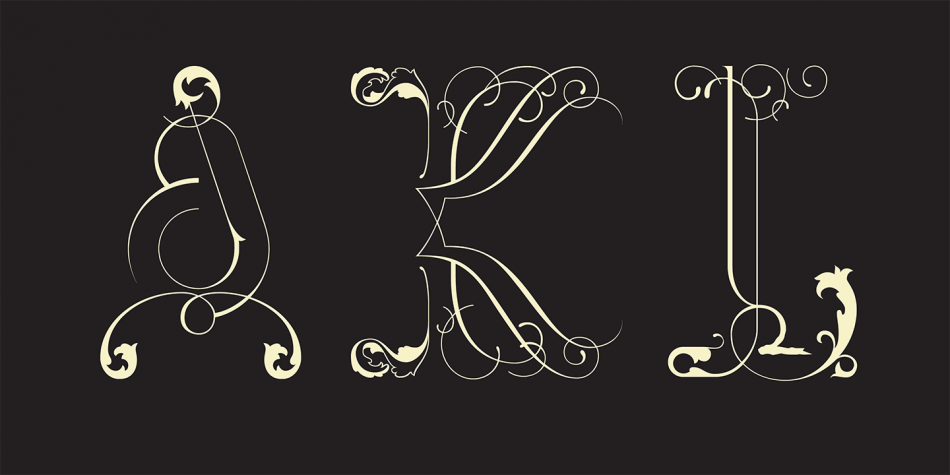 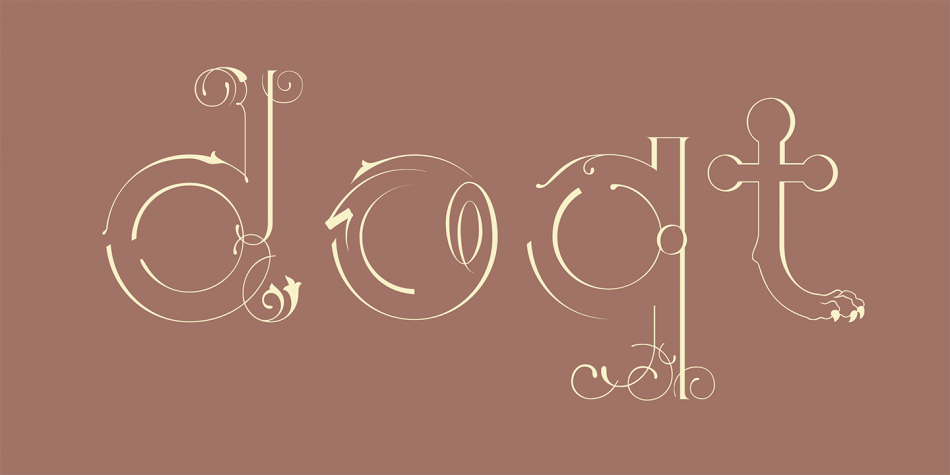 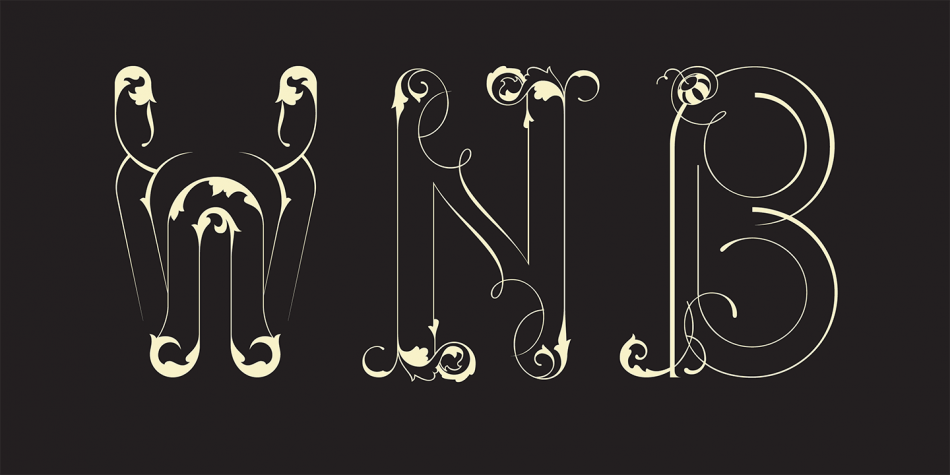 Designed by Miles Newlyn, Missionary is a novelty font published by Emigre.

Missionary alludes to a previous era, and is most similar to the vernacular lettering of the Celtic manuscripts of the Dark Ages, a period after the Romans left Britain. In this sense this typeface is symptomatic of my desire to live in a neo-dark age, the New Dark Ages. A time when, as at the time of the decline of the Roman Empire, new ideas and influences are being applied to the roman alphabet, when a great international power is breaking down thanks to its own ungovernable complexity. When an empire has “barbarians” pressing at its borders in eagerness to seize a wealth that has been denied them, but of which they have received the same channels of communication. (The same TV soaps and ads are received daily by both suburbs and farmers in remote rural villages in the Third World. In this sense all mass media communication is ambiguous.)