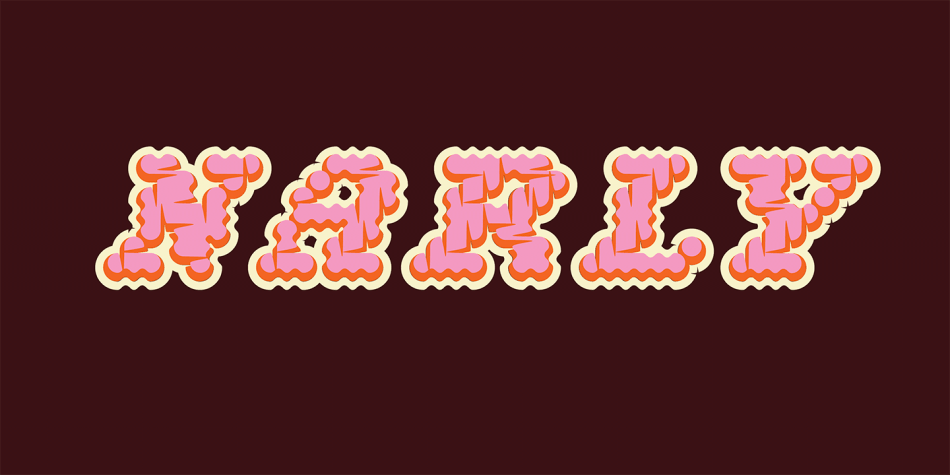 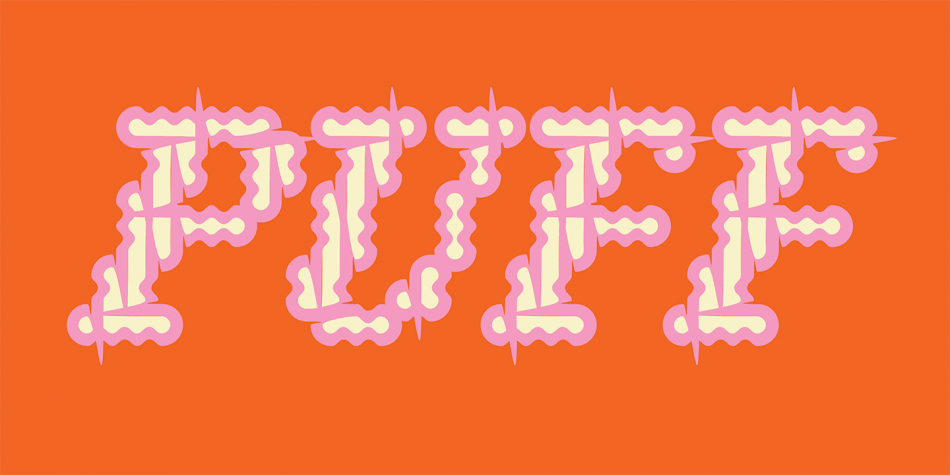 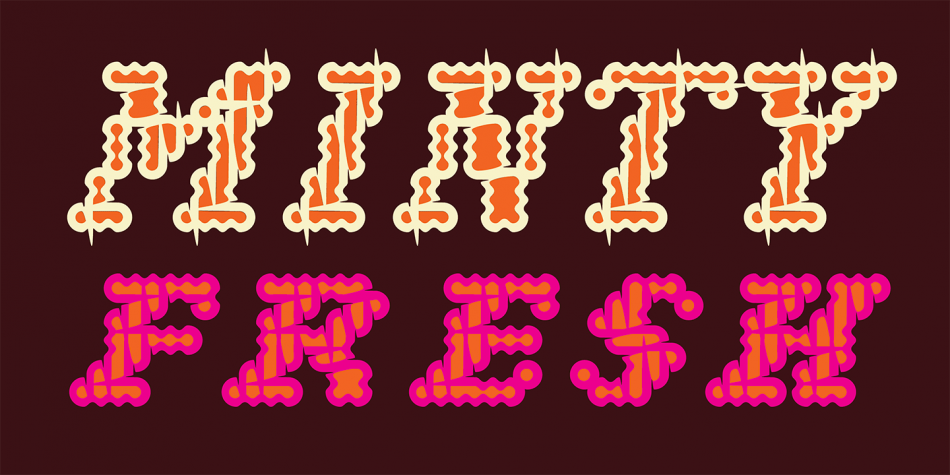 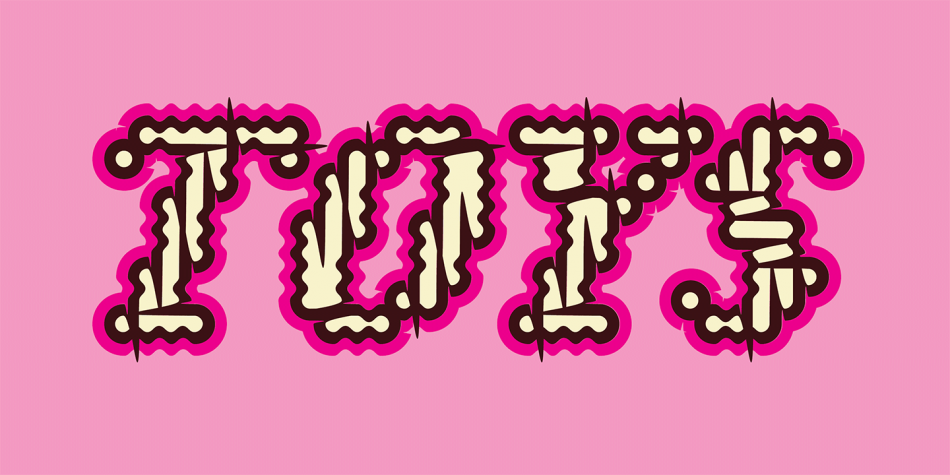 Designed by Zuzana Licko, Narly is a novelty font family. This typeface has five styles and was published by Emigre.

Narly embraces the relative sophistication of today’s computer technology. Licko’s early typeface designs, such as Emperor and Modula, are reductivist, largely due to the crudeness of the early Macintosh technology, with which they were created. Nine years later, with a much more sophisticated Mac, she is able to create much more intricate designs. The underlying structure of Narly is built from overlapping circular dots. These are then fused and outlined in various ways to form the five mutations.