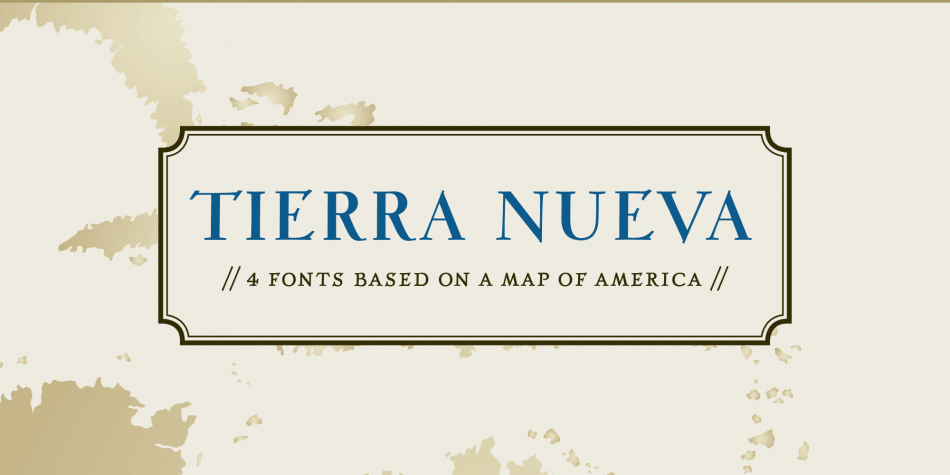 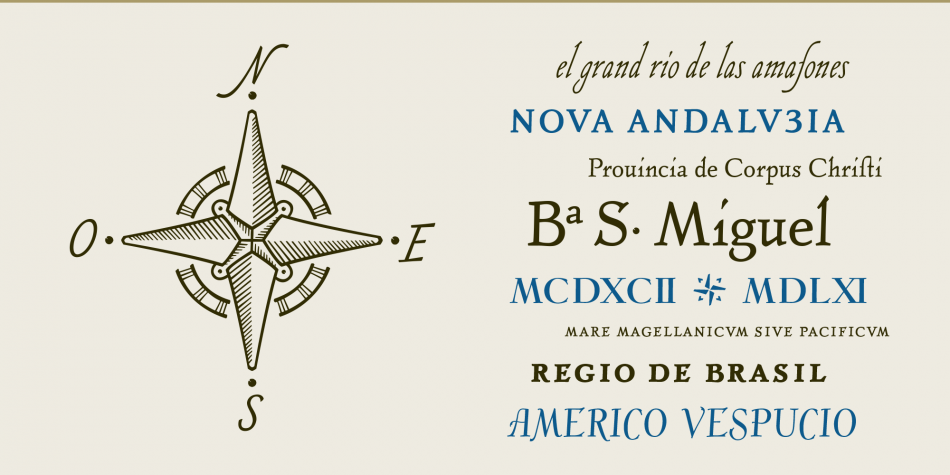 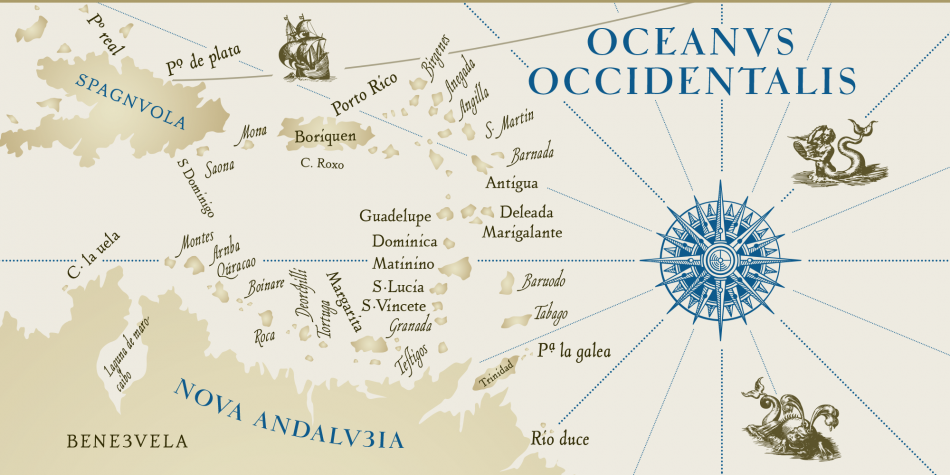 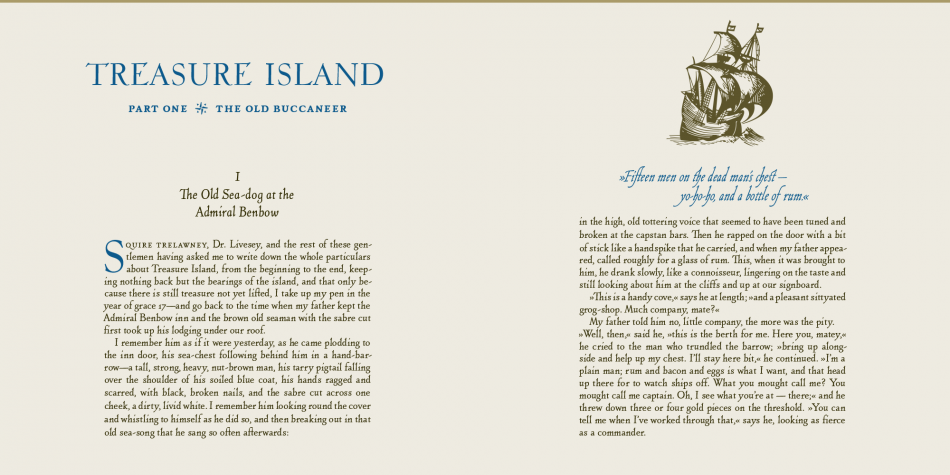 Designed by Sebastian Nagel, Tierra Nueva is a historical font family. This typeface has four styles and was published by FDI Type Foundry. 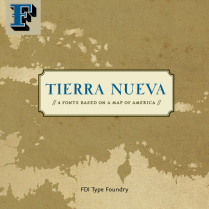 Four fonts — found on a map of America, created by the Spanish cartographer Diego Gutiérrez and the dutch engraver Hieronymus Cock anno 1562.

From the start of the digitization by Sebastian Nagel in 2005, Tierra Nueva has gone a long way. On its journey of exploration it has grown to four members of a family (regular, bold, italic and script) with an overall count of almost 3700 characters and tons of OpenType features. Over six years after the start of the expedition, it shall be launched. Land ahoy!