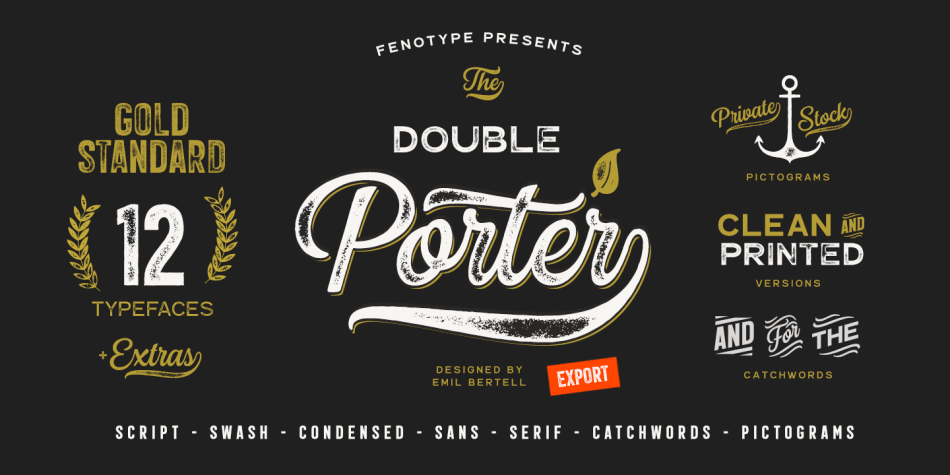 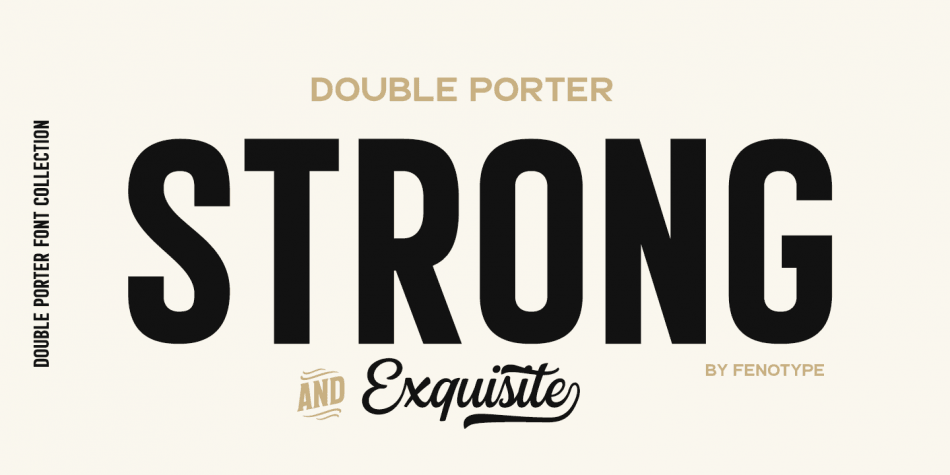 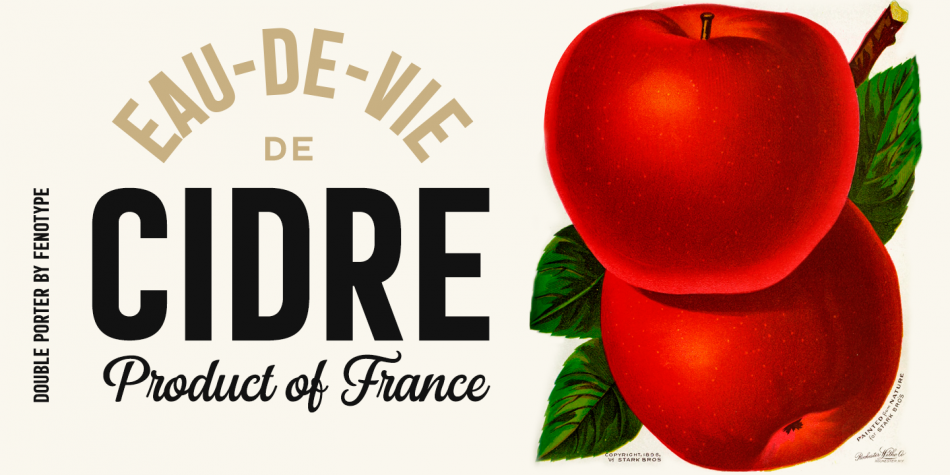 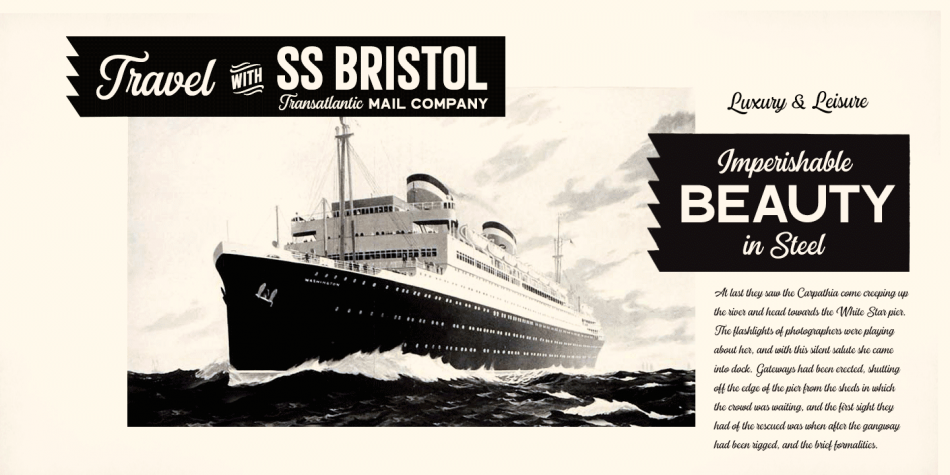 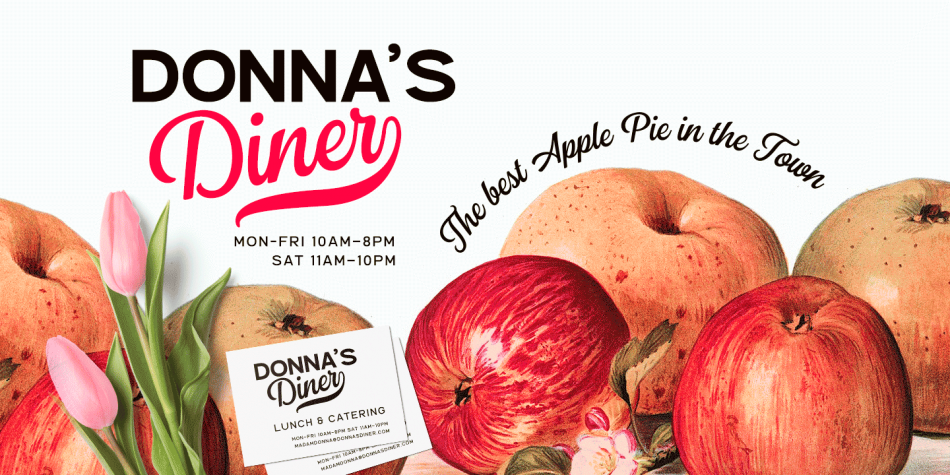 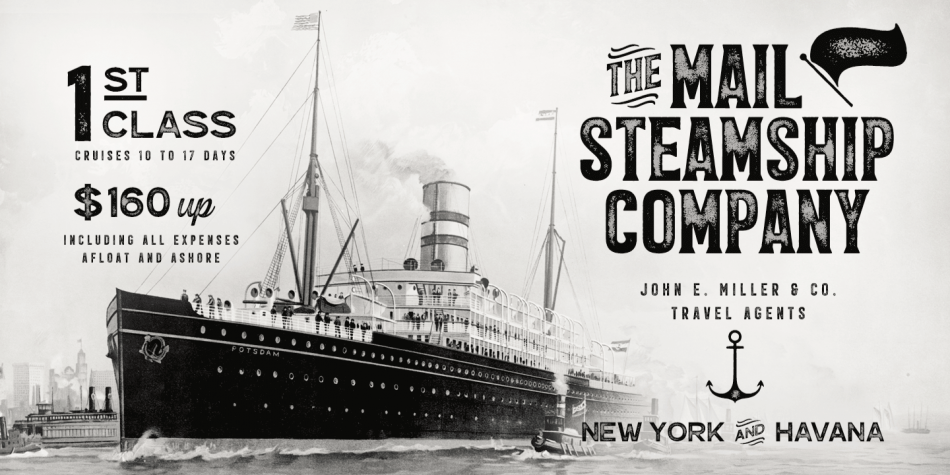 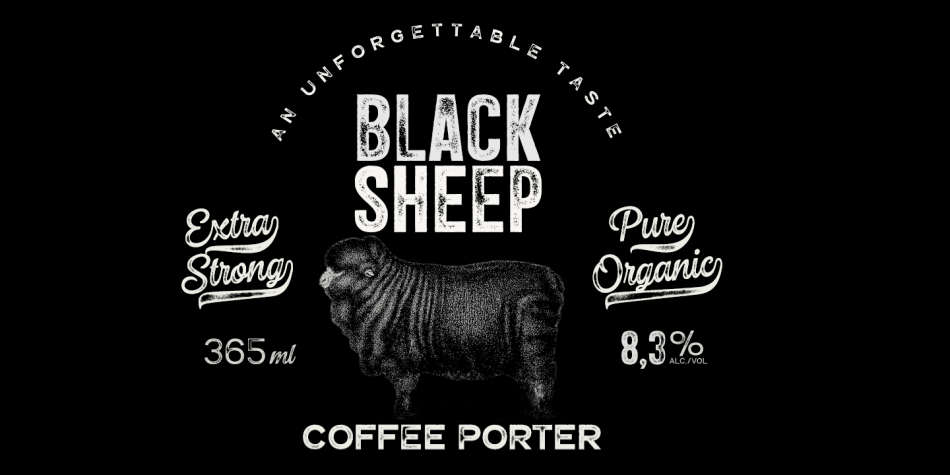 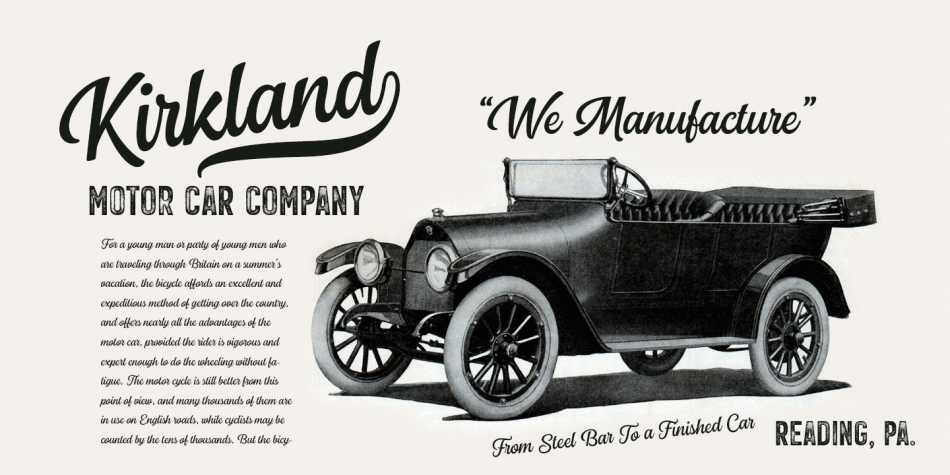 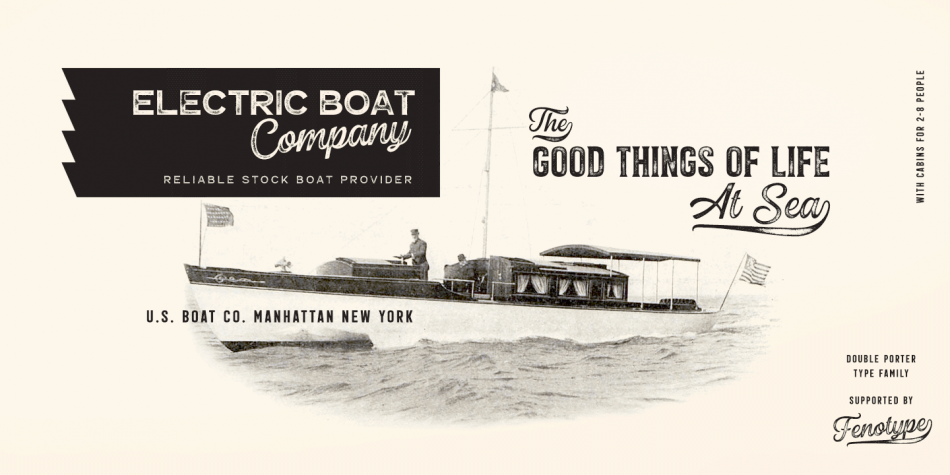 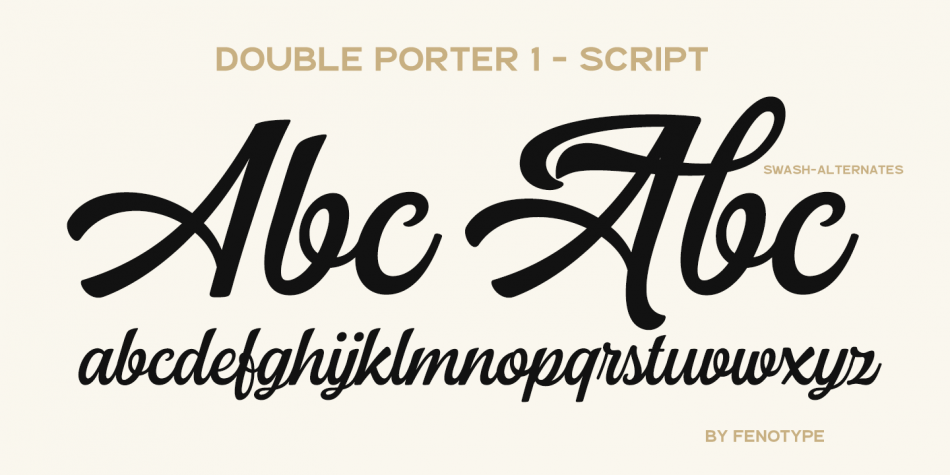 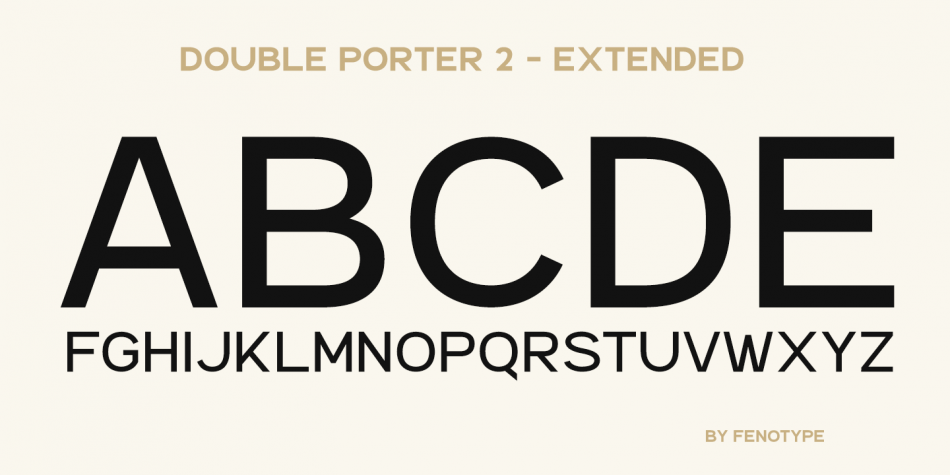 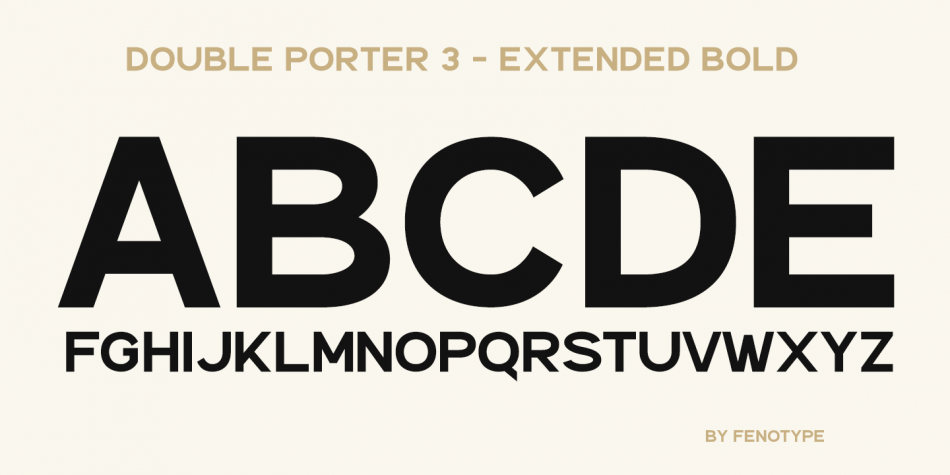 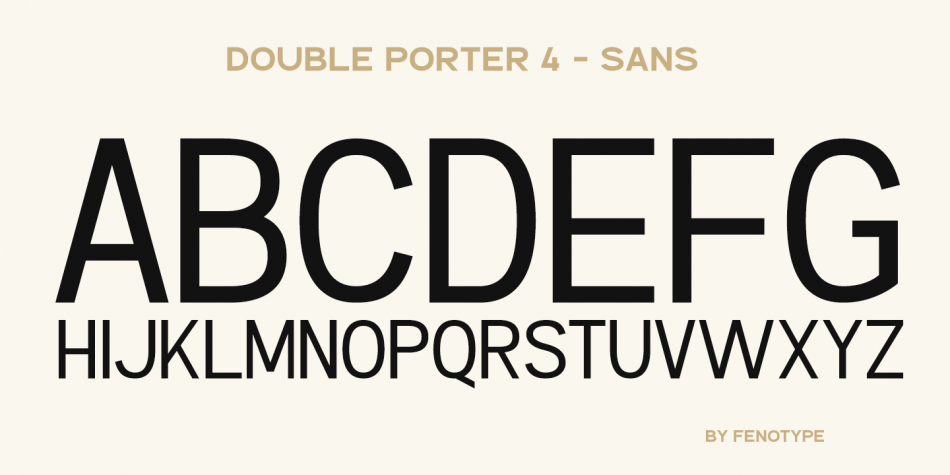 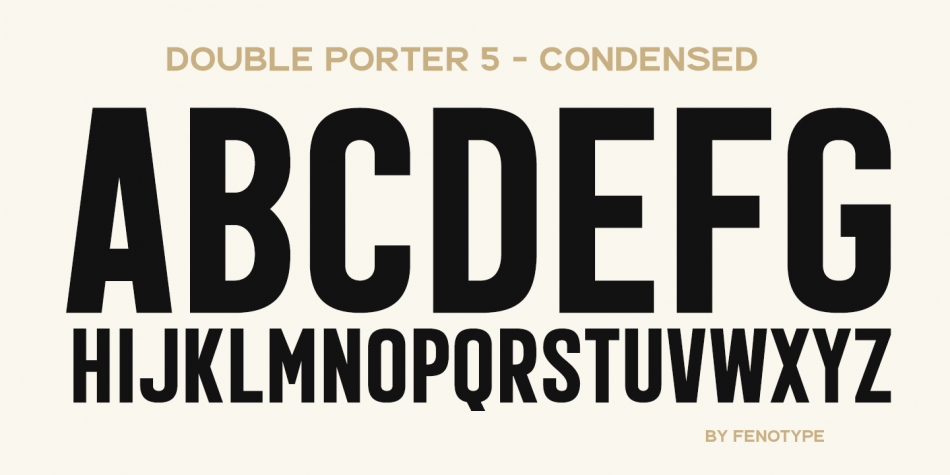 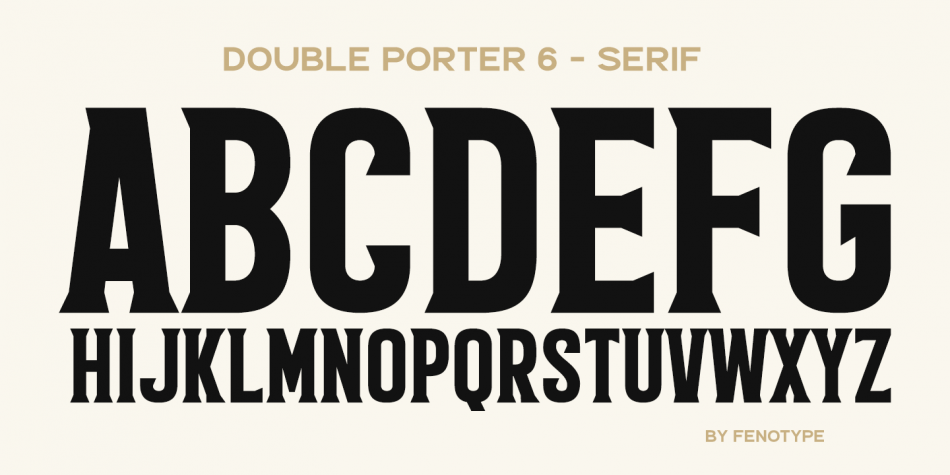 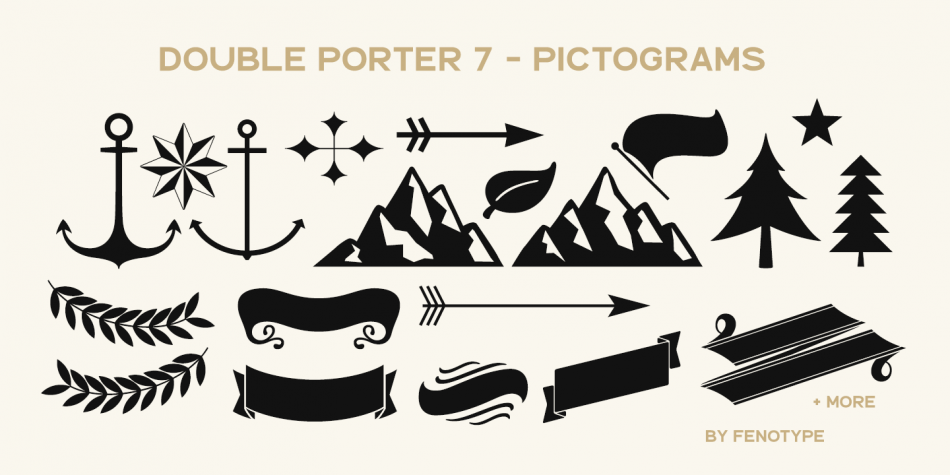 Designed by Emil Bertell, Double Porter is a multiple classification font family. This typeface has eighteen styles and was published by Fenotype.

Double Porter includes following:
• 6 fonts - a clean and textured version of each.
• Ornaments
• Catchwords
• Ending swash ornaments for the script

Double Porter is a clean cut script font with five strong sans fonts. All the fonts are designed to work nice together. Here’s a short introduction to the fonts: