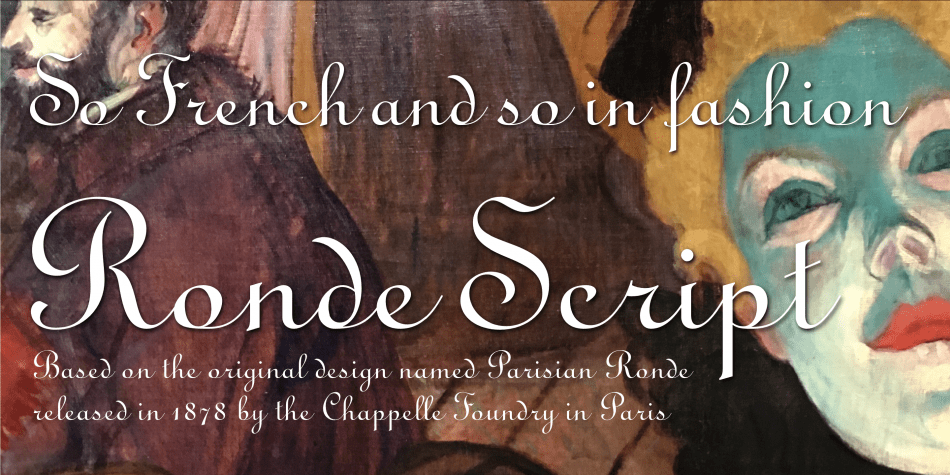 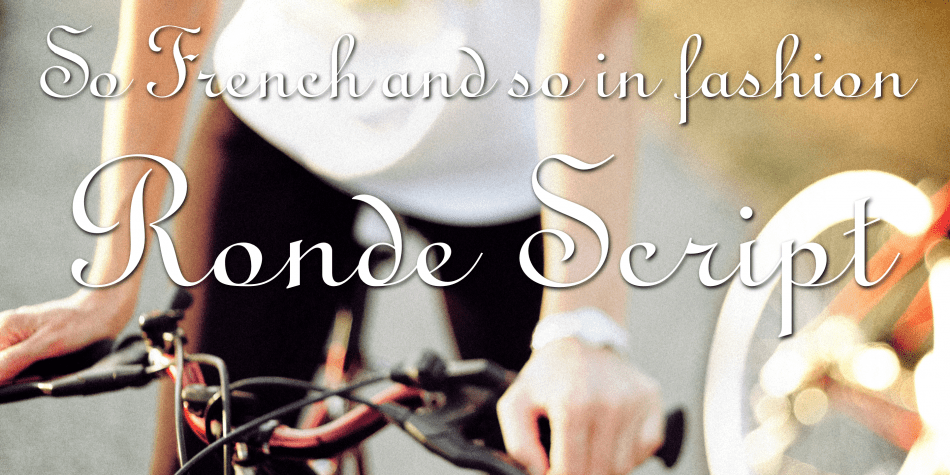 Ronde Script is a script font published by FontHaus.

Ronde Script (Ronde meaning “A kind of script in which the heavy strokes are nearly upright, giving the characters when taken together a round look.”) is based on the original design named Parisian Ronde released in 1878 by the Chappelle Foundry in Paris. Other versions of this script include Inland French Script, French Script, French Plate, and Typo Upright. Different type foundries tied to the releases of this design include Mayeur (Paris), Stephenson Blake (London), Bernhardt Brothers & Spindler (Chicago), and ATF (Elizabeth, NJ).