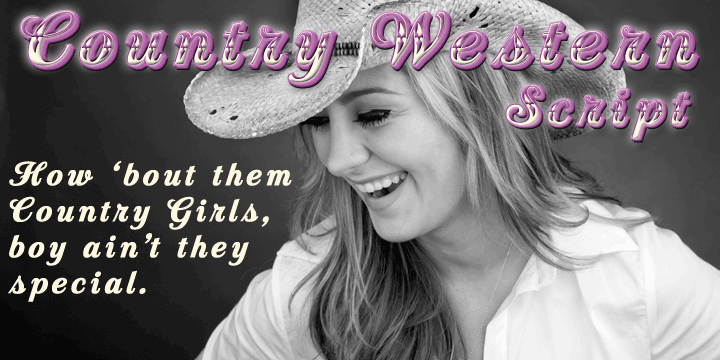 Country Western Script is a novelty, script and western font family. This typeface has four styles and was published by FontMesa.

Country Western Script is a new font based on the classic William Page font known as Clarendon Ornamented originally designed in 1859 and again in 1877 by Vanderburgh & Wells.

Keeping with the original theme from 1859, Fill fonts are available for the Ornamented and Open faced versions of this font.
Greek, Cyrillic, Central and Eastern European characters sets are supported in the Windows TrueType and OpenType formats. The Windows and Mac Type1 versions of this font do not support Greek, Cryillic, Central and Eastern European characters sets.