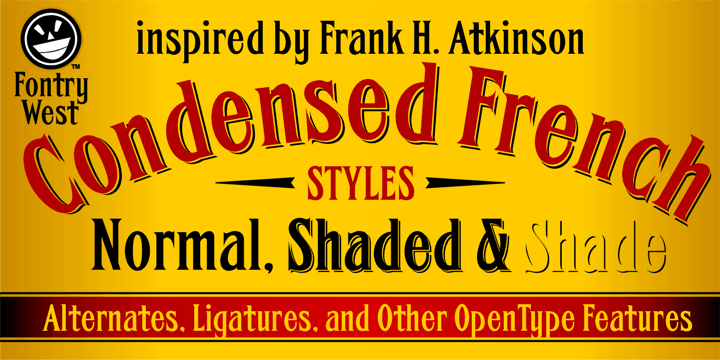 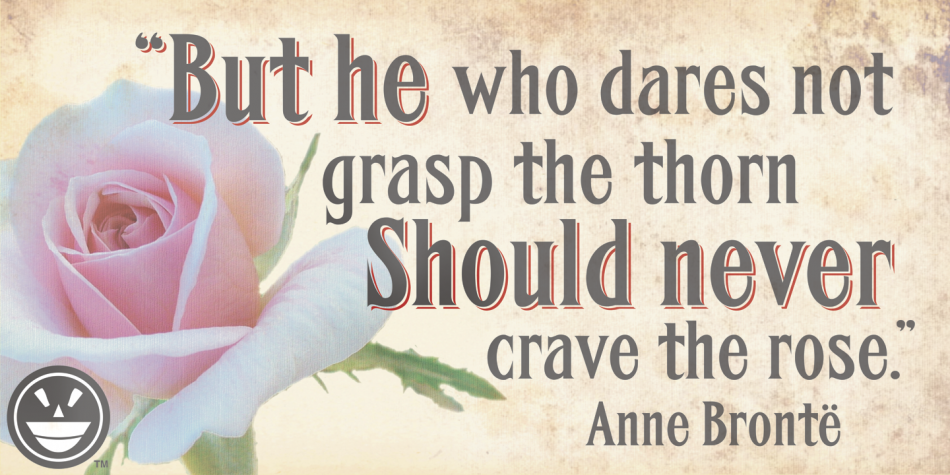 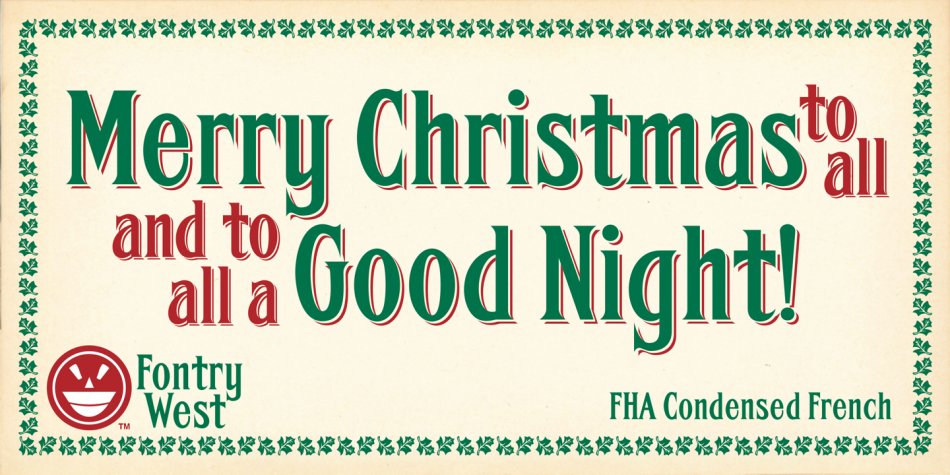 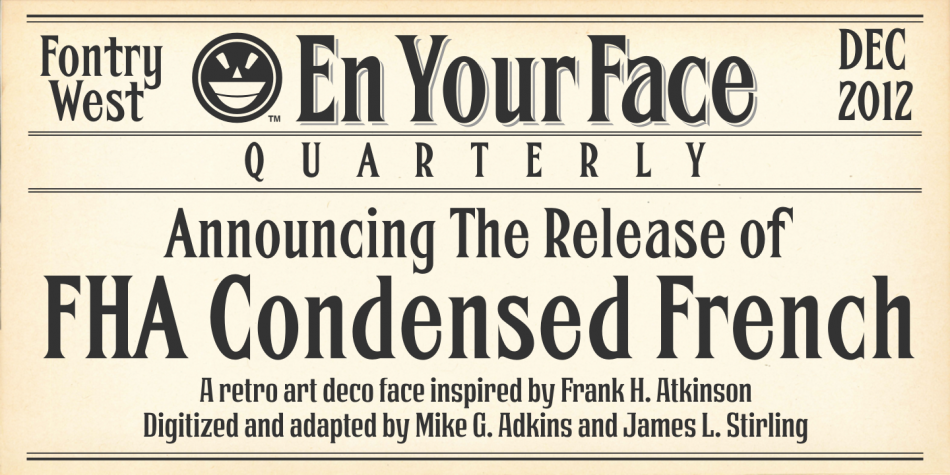 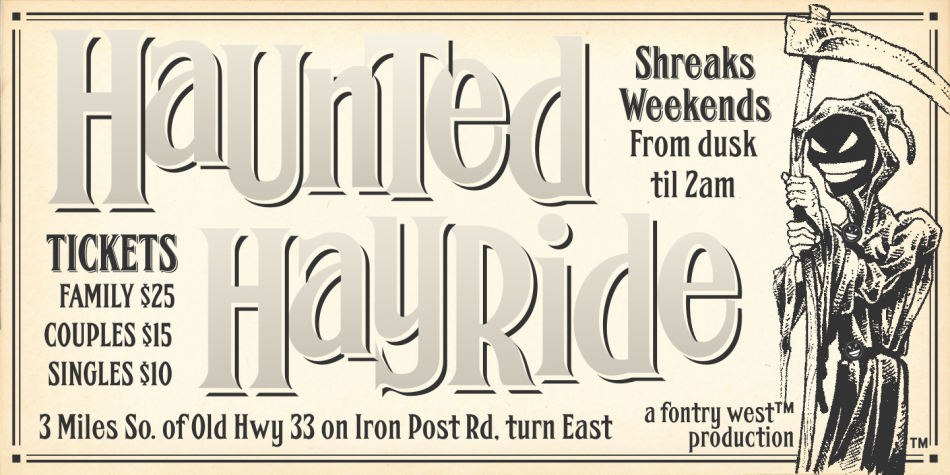 FHA Condensed French is a display serif font family. This typeface has three styles and was published by Fontry West.

One could speculate that FHA Condensed French probably started life as wood type for displays, headlines and posters. The exaggerated sharp serifs and condensed forms were not uncommon for that period. At some point, sign painters picked up Condensed French added their own character. At the end of the nineteenth century, Frank H. Atkinson included Condensed French in his samples of lettering for his book, îSign Painting, A Complete Manual.î This book became one of the definitive guides for signwriting and hand lettering.
In 1999, Mike Adkins digitized Condensed to add to our Atkinson collection. For its re-release, Condensed French has been updated with more language support, ligatures, and OpenType alternates. It has true vintage character but still plays well in more modern designs. A font for all seasons, the condensed forms and sharp serifs fit in every layout from wildwest days posters and creepy film credits to Christmas ads and Motherís Day cards. While I canít rally see FHA Condensed French as the font for phone aps or video game text, it will provide impact to logos, branding, and product labeling.