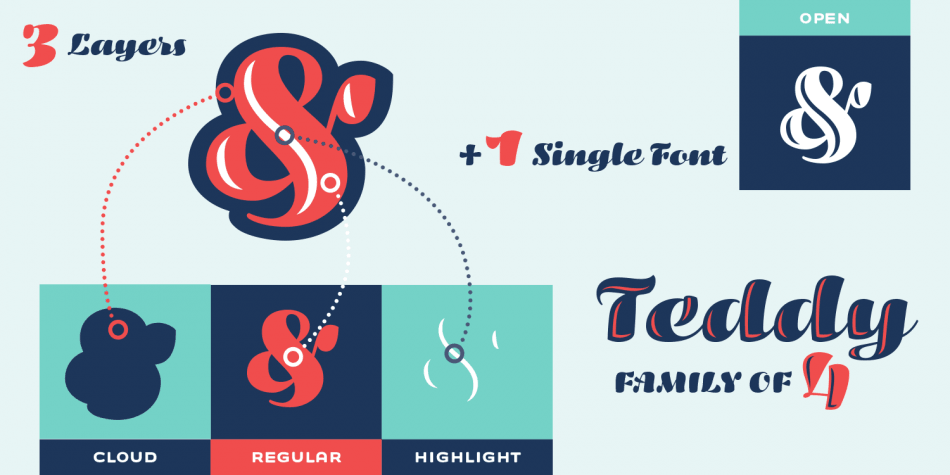 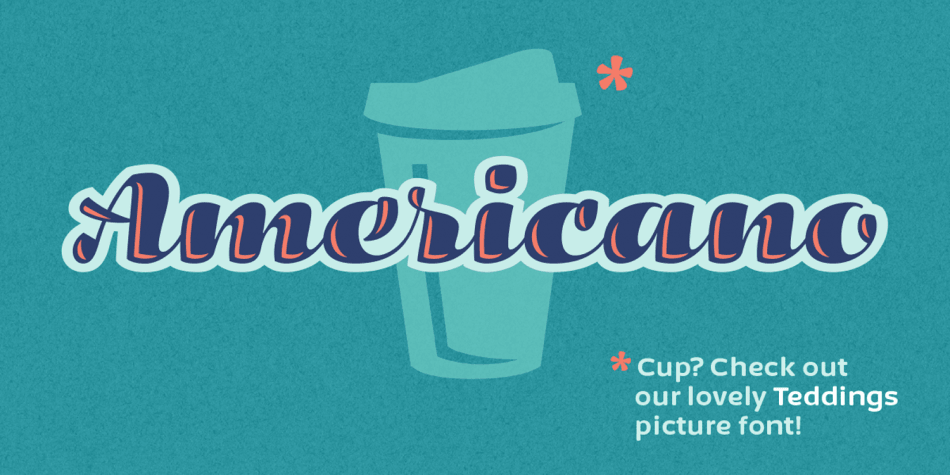 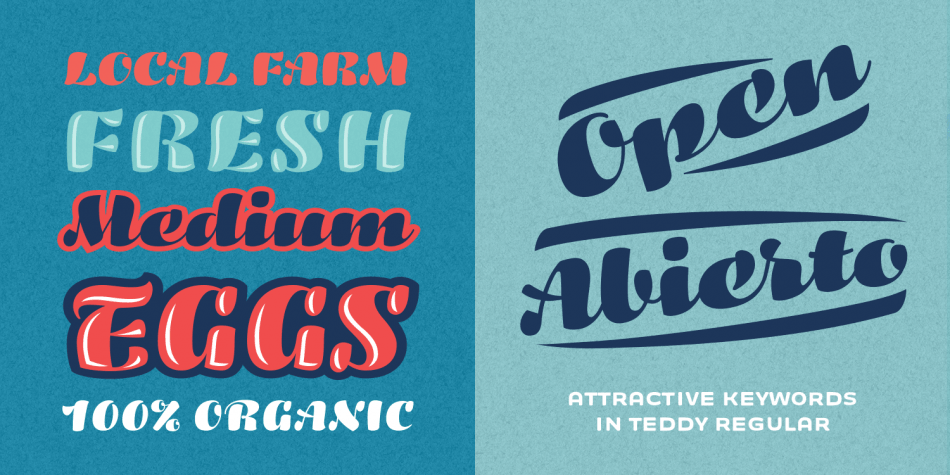 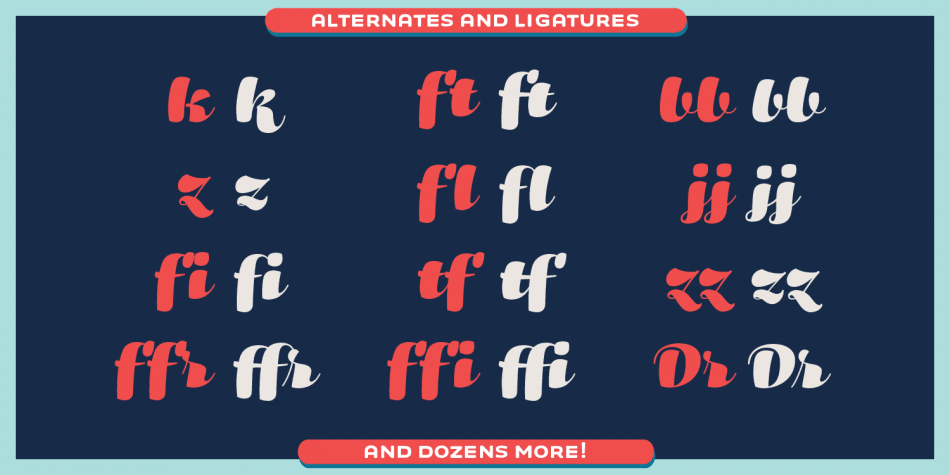 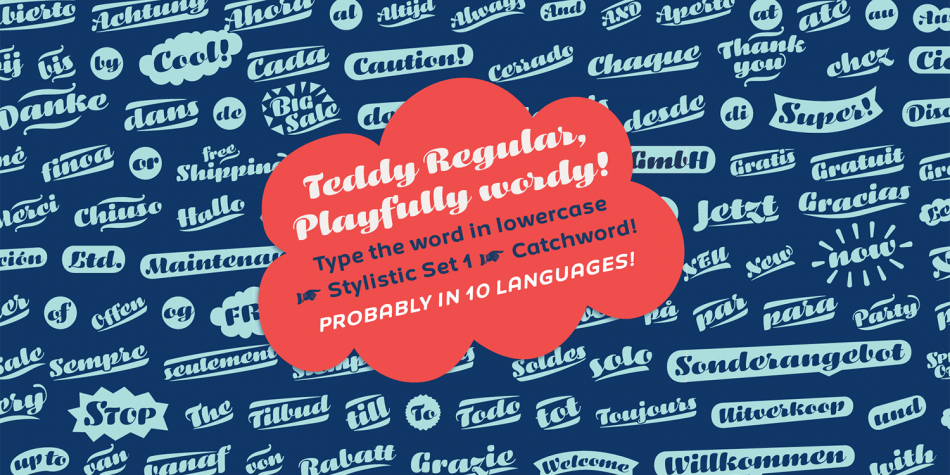 Teddy is a brush script font family. This typeface has four styles and was published by Fust & Friends. 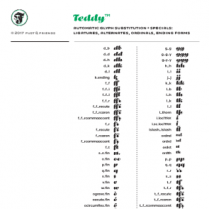 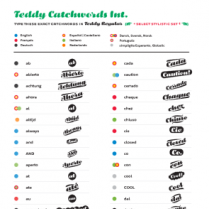 Teddy by Minjoo Ham is a script-style display font in three layers, plus a stand-alone “Open” variety and a set of multi-language catchwords. It came out of a digital study based on mid-century Germany lettering for advertising — mainly taking some cheerful pages from Ernst Bentele’s well-known book Schrift as a resource. When we realized there was already a rather straightforward digitization on the market, we decided to take the idea to a different level. The result: an attractive, more contemporary typeface drawn from scratch with brand-new, more vigorous detailing — and layerable variations for chromatic (2- and 3-color) use.

Teddy’s Regular can be backed by the Cloud layer, while sparkle can be added by putting the Highlight on top. Its Open version is basically the Regular with the Highlight built in as holes (easier to use on the web than the layered solution). Many letter combinations, including double characters like dd and ll, are automatically replaced by more elegant solutions. (Latin) language coverage is exemplary. The fonts contain a set of Small Caps, and various styles of figures (numbers).