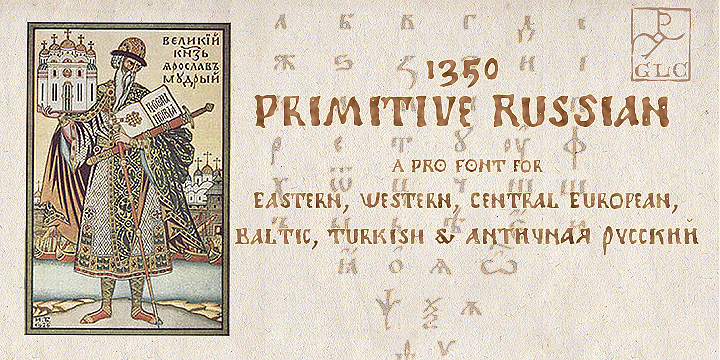 1350 Primitive Russian is a historical font published by GLC Foundry.

This rough font was inspired from a Russian Cyrillic hand of 1350’s “Russkaja Pravda” (a Russian text of common Laws). As a Pro font, It is containing Western and Northern European, Icelandic, Baltic, Eastern, Central European and Turquish specific characters, but, naturally Old Russian glyphs, including a lot of them not in use from 1700’s, excepted for religious texts, at all more than 136 Russian Glyphs. Capitals and lower cases have the same form and almost same size, like in the original text, who was using only one size and style.