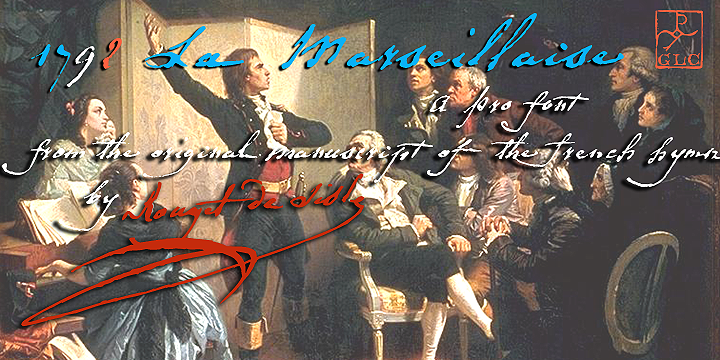 1792 La Marseillaise is a historical and script font published by GLC Foundry.

This font, was created inspired from the original manuscript of the French revolutionary song “La Marseillaise”, becoming later the French national hymn, composed in one night (1792 April 25th) by the 32 years old French captain Rouget de Lisle.
It is a “Pro” font containing Western (including Celtic) and Northern European, Icelandic, Baltic, Eastern, Central European and Turquish diacritics.  The numerous alternates and ligatures allow to made the font looking as closely as possible to the real historic hand. Using an OTF software, the features allow to vary each character without anything to do but to select contextual alternates and standard ligatures and/or stylistic alternates options.