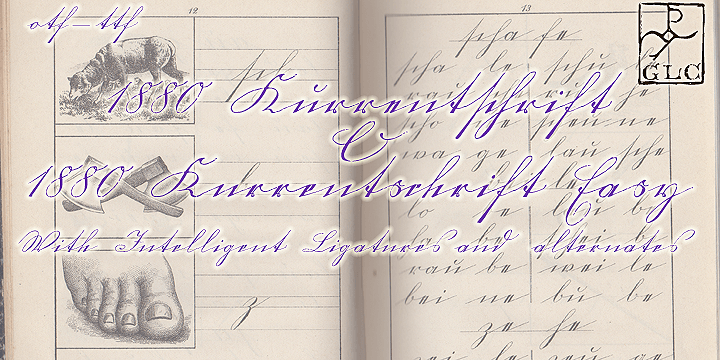 1880 Kurrentshrift is a historical and script font family. This typeface has two styles and was published by GLC Foundry.

This font was inspirated by the old form of the so called “Kurrentschrift” German handwriting, based on late medieval cursive. It is also known as “Alte Deutsche schrift” (“Old German script”).
It was taught in German schools until 1941, when Adolf Hitler decided to forbid it.
As it is a little hard to read, we are proposing here two versions : the “pure” Kurrentschrift, and an adapted “Easy” one, with simplified difficult characters.