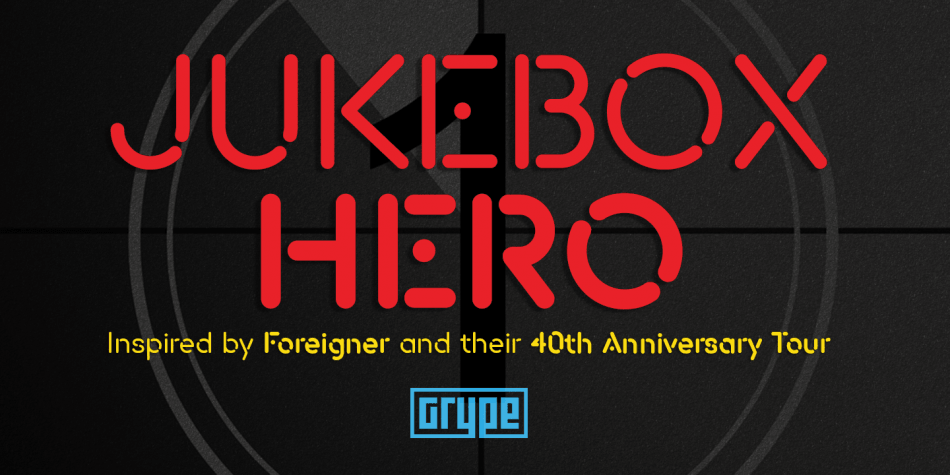 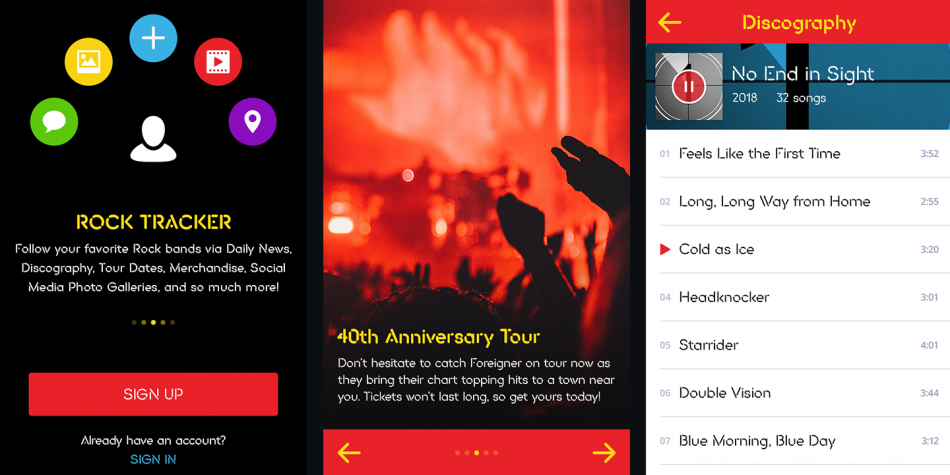 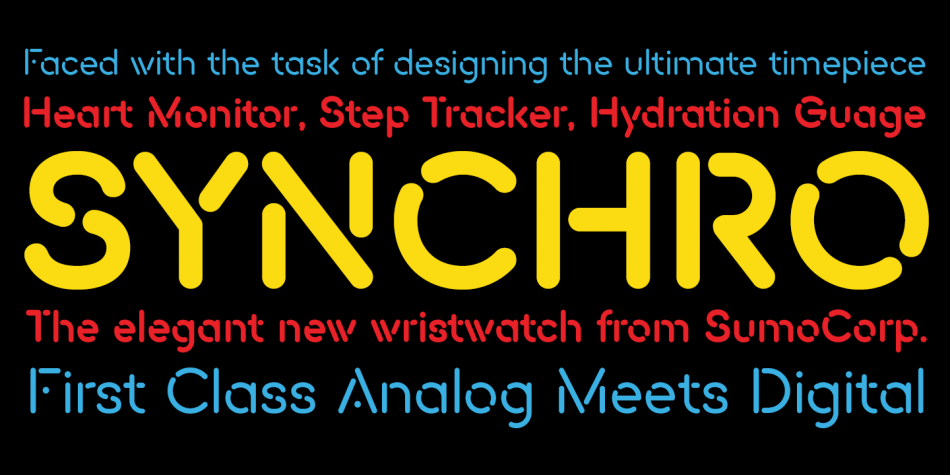 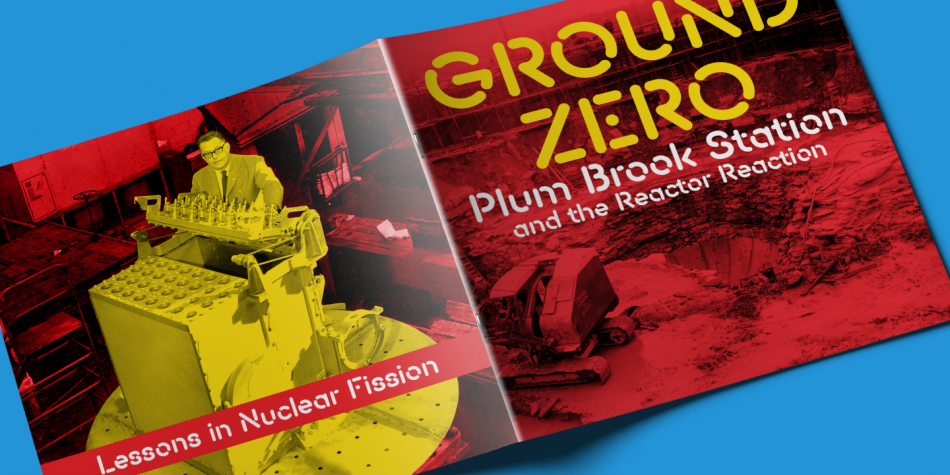 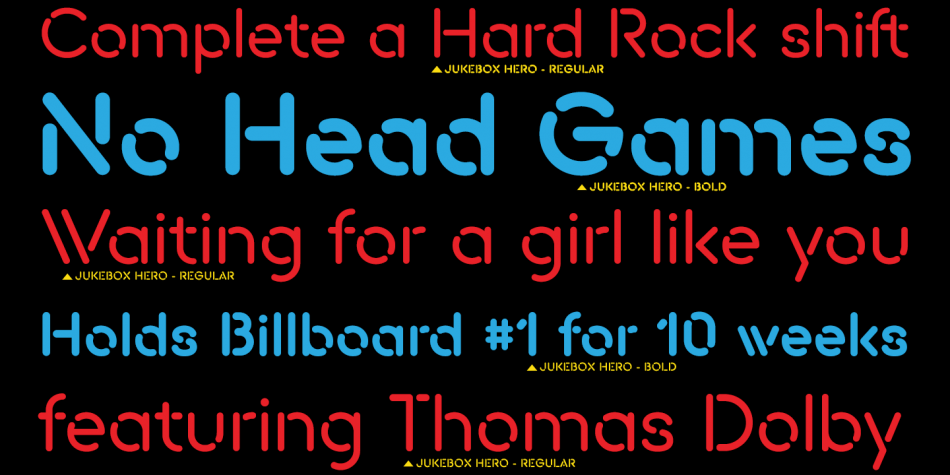 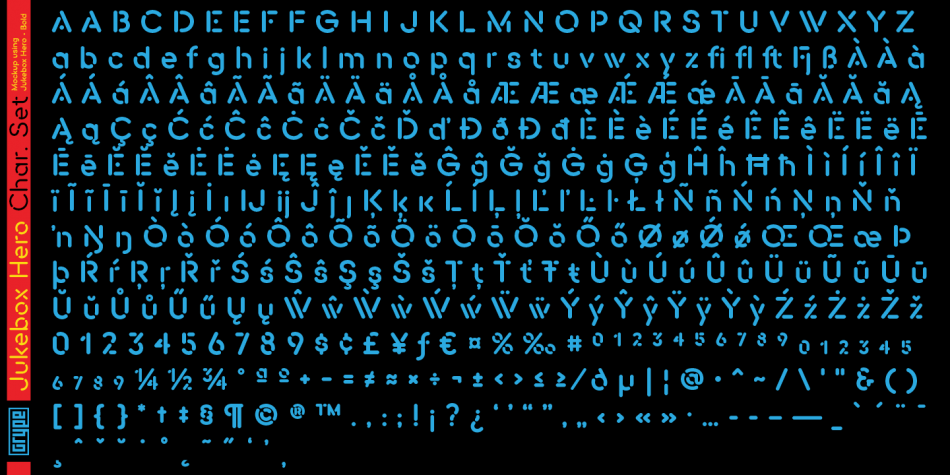 Designed by Brian J. Bonislawsky and Jim Lyles, Jukebox Hero is a stencil font family. This typeface has two styles and was published by Grype Type.

As one of the most popular rock bands of the world, Foreigner has rocked the charts with 10 multi-platinum albums and sixteen top 30 hits in the last 40 years. But one might ask what a band this successful has been missing all these years? No head games here…a consistent typeface based on their logo is the answer.

As fans of Foreigner, we’ve taken the essence of their iconic logotype and expanded it out into a full typeface in regular and bold weights to celebrate their 40th anniversary tour.

The Jukebox Hero Family celebrates the typographic stylings of Foreigner, with the soft rounded terminals and an open geometric feel, including the unique stencil flavor of the original logo. It inherited the friendly stylings of the all Capitals logo that inspired it, and goes on to include a full standard character set with expansive international support of latin based languages, and two weights jumping from regular to a beefy bold. This family is ready to rock the charts for your designs towards that of a modern, comfortable appeal.

413 glyphs - including Capitals, Lowercase, Numerals, Punctuation and an extensive character set that covers multilingual support of latin based languages. (see the 3rd graphic for a preview of the characters included)
2 weights: Regular & Bold.
Fonts are available in TTF & OTF formats. The TTF format is the standard go to for most users, although the OTF and TTF function exactly the same.

Here’s why Jukebox Hero Family bundle is for you:

You’re a die-hard Foreigner fan, and have a case of “Double Vision” and need both font weights.
You’re looking for a stylish and sophisticated soft sans-serif stencil typeface family.
You’ve been waiting for fonts like these.
You’re looking for a Sci-fi vibe typeface that has a look that feels familiar.
You just like to collect quality fonts to add to your design arsenal