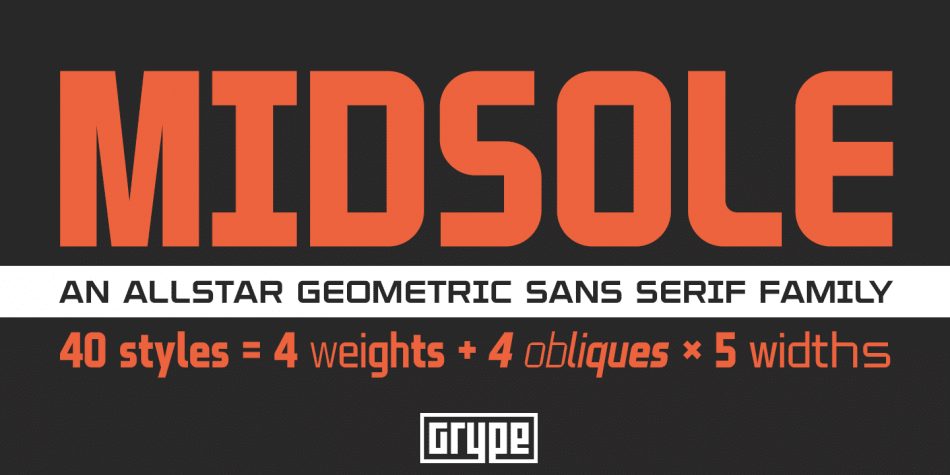 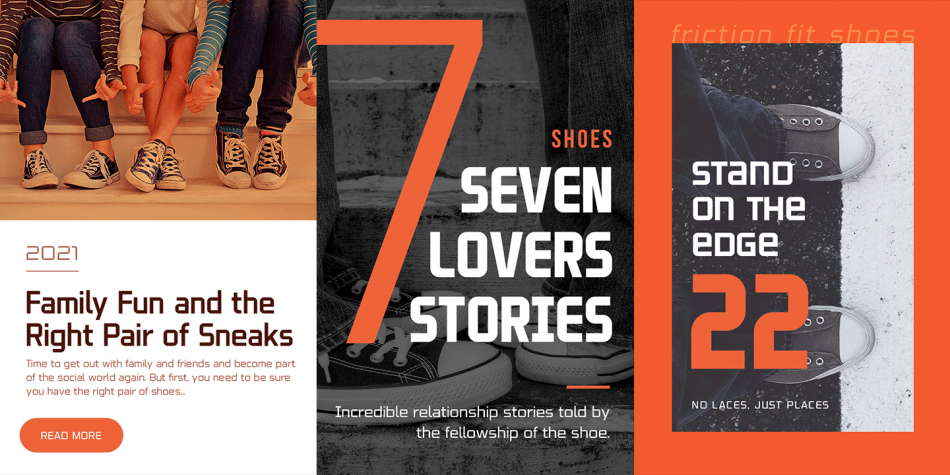 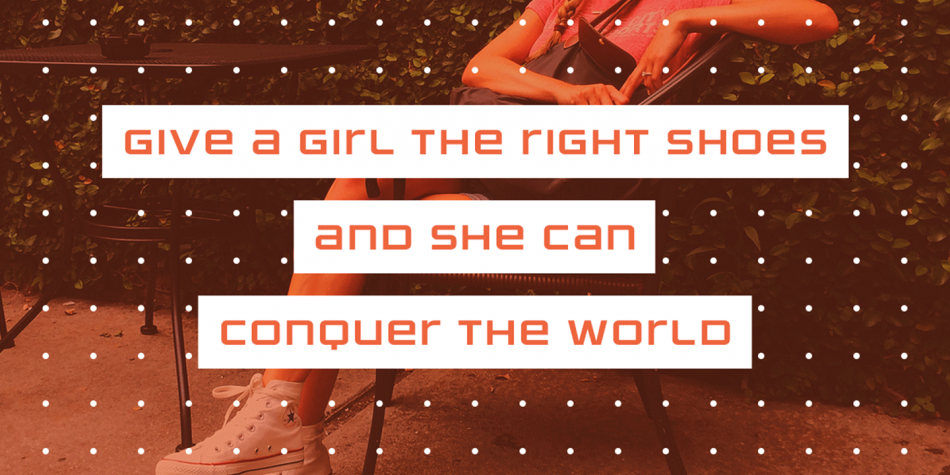 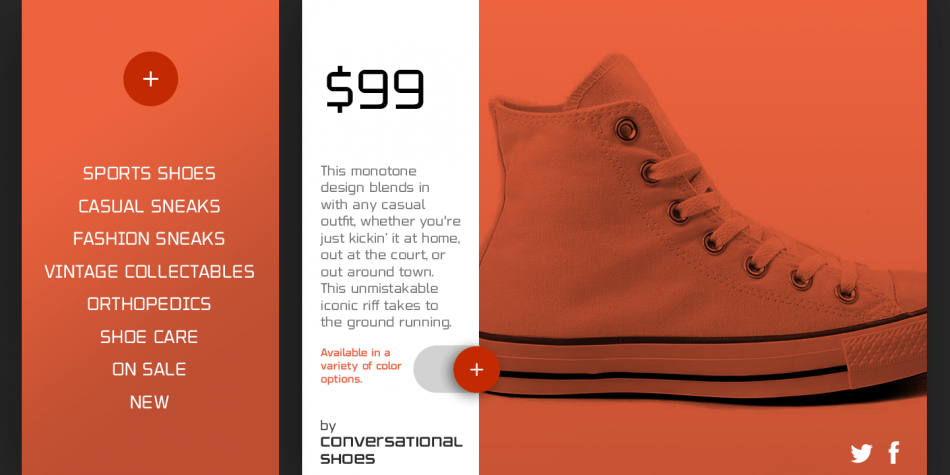 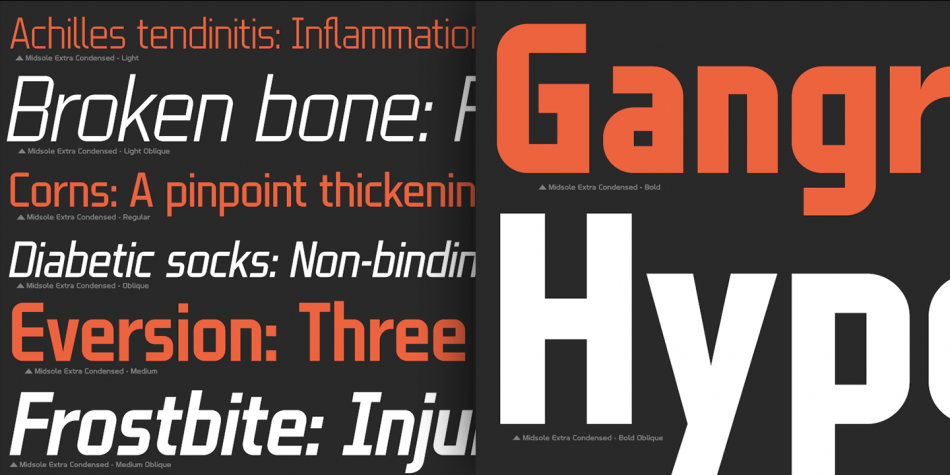 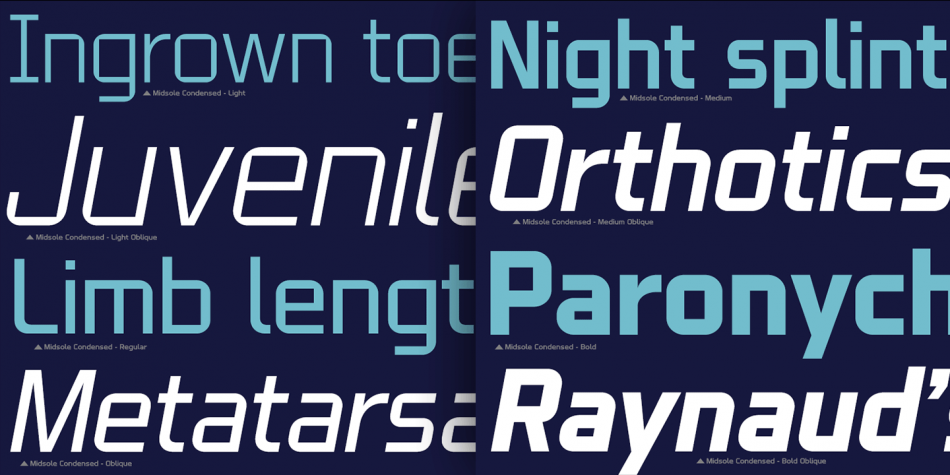 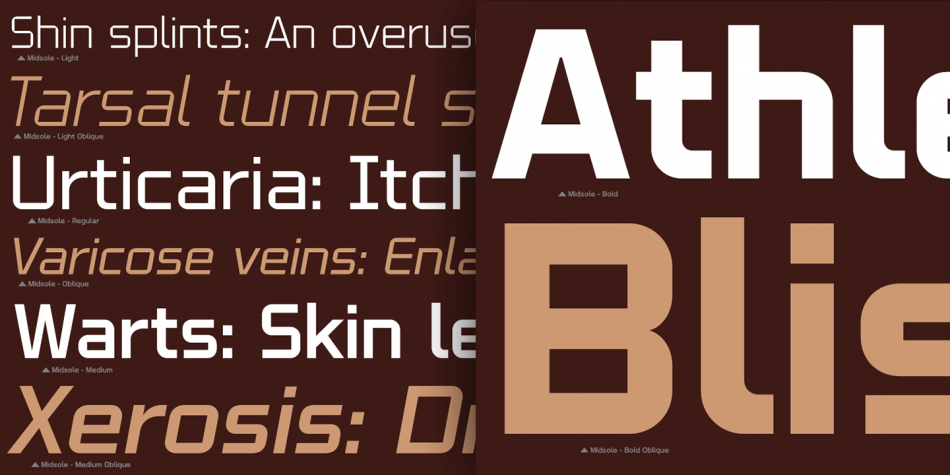 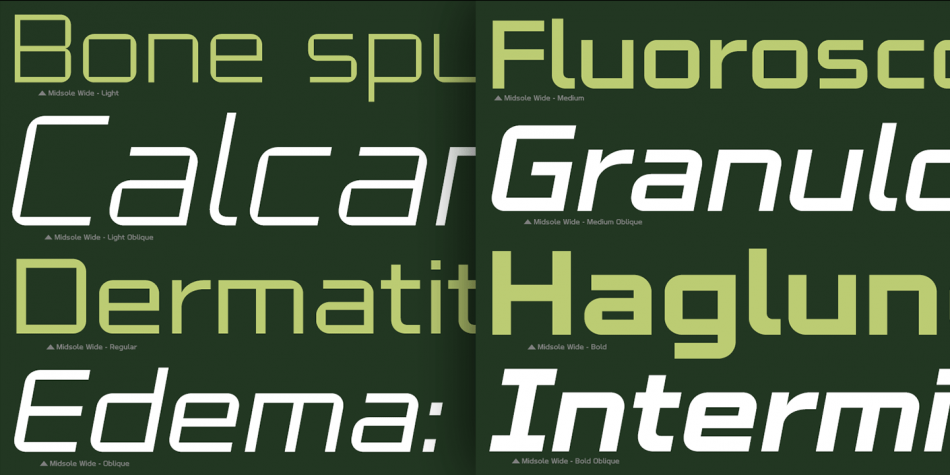 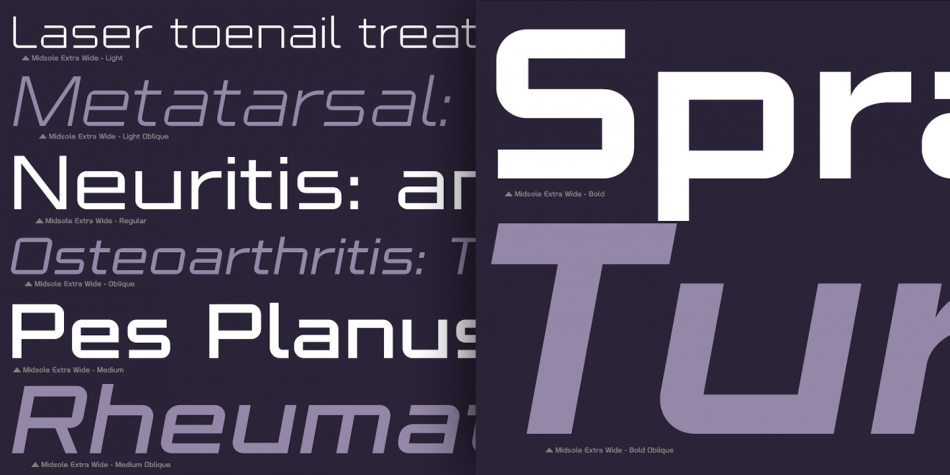 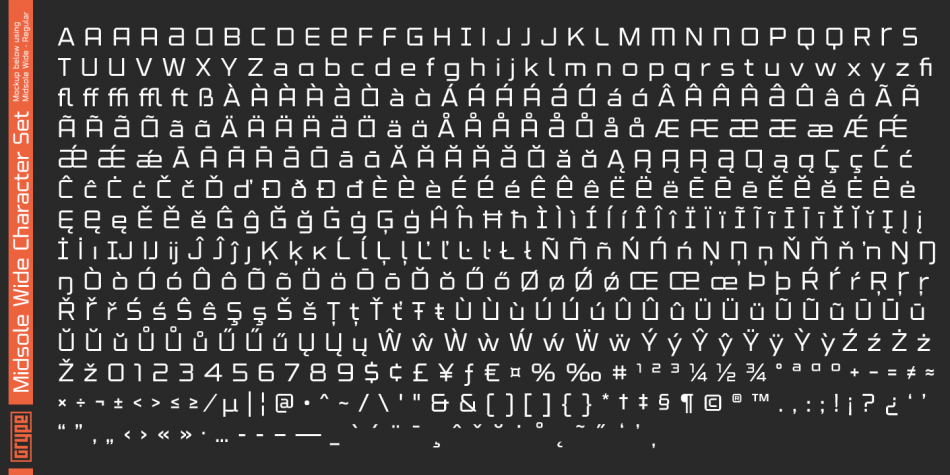 Designed by Jim Lyles and Brian J. Bonislawsky, Midsole is a display sans and sans serif font family. This typeface has forty styles and was published by Grype Type.

Geometric/Technical style logotypes have been developed for car chrome labels since the early 1980’s, but automobile companies don’t monopolize the style by any means. Shoe companies have a foothold in the geometric sans serif styles as well, and range from straightforward to full of techno styled play. Nonetheless, these logotypes all lack an expansive family which shows off all the logotypes are and what they “could” be and do. And that’s where we come in. The Midsole Family finds its origin of inspiration in the CONVERSE shoe company logo, or an older version fo their logo, and from there expanded it into a 40 font family of weights, widths, and obliques.

Midsole pays homage to the styling of the earlier logotype, including unicase variations to match the original look, while further evolving beyond the brand inspiration to yield a family that pulls on modern and historical styles. It adopts a sturdy yet approachable and recognizable style with its uniform stroke forms and curves, and goes on to include a lowercase, numerals, and a comprehensive range of weights, creating a straightforward, uncompromising collection of typefaces that lend a solid foundation and a broad range of expression for designers.

489 glyphs per style - including Capitals, Lowercase, Numerals, Punctuation and an extensive character set that covers multilingual support of latin based languages. (see the 10th graphic for a preview of the characters included)
Stylistic Alternates - alternate characters and unicase variants for a less standardized text look.
4 weights in the family: Light, Regular, Medium & Bold.
4 obliques in the family, one for each weight: Light, Regular, Medium & Bold.

Here’s why the Midsole Family is for you:
- You’re in need of stylish sans font family with a range of weights and obliques.
- You’re love that older CONVERSE letter styling, and want to design anything within that genre.
- You’re looking for an alternative to Eurostile & Handel Gothic.
- You’re looking for a clean techno typeface for your rave poster designs.
- You just like to collect quality fonts to add to your design arsenal.