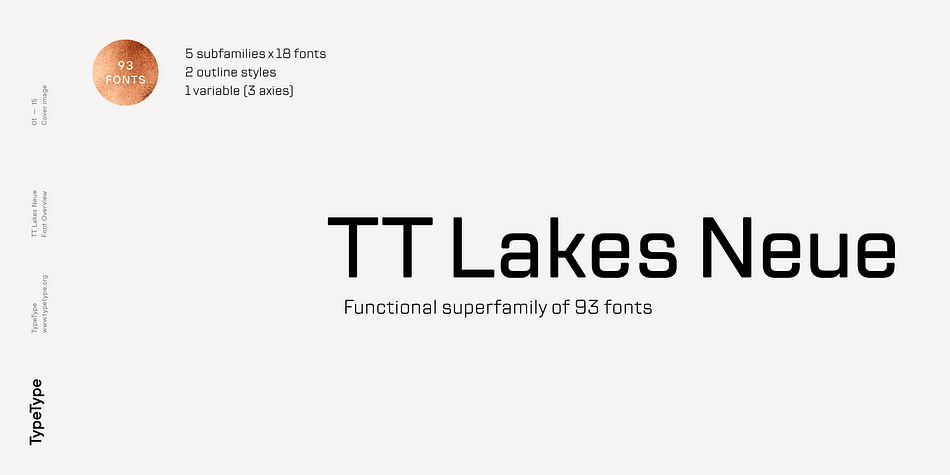 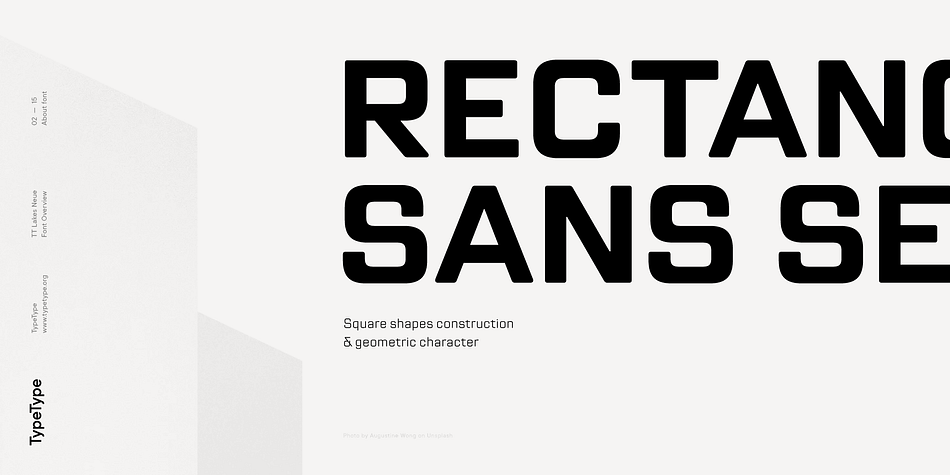 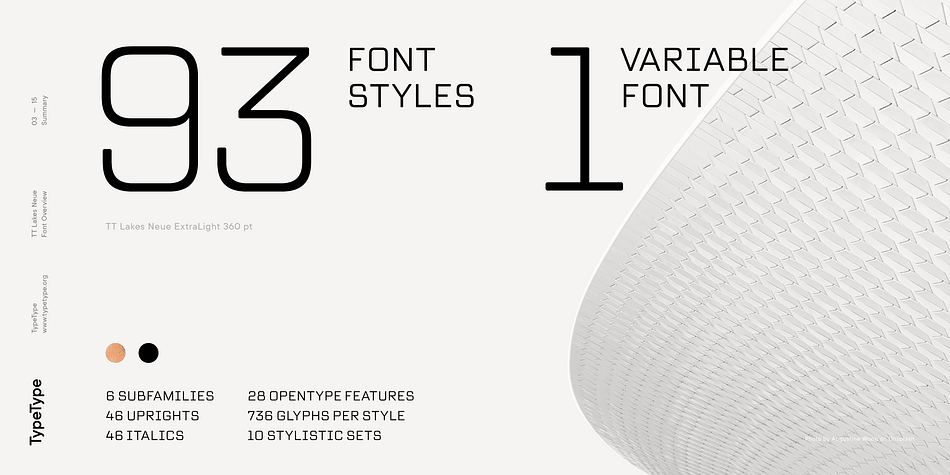 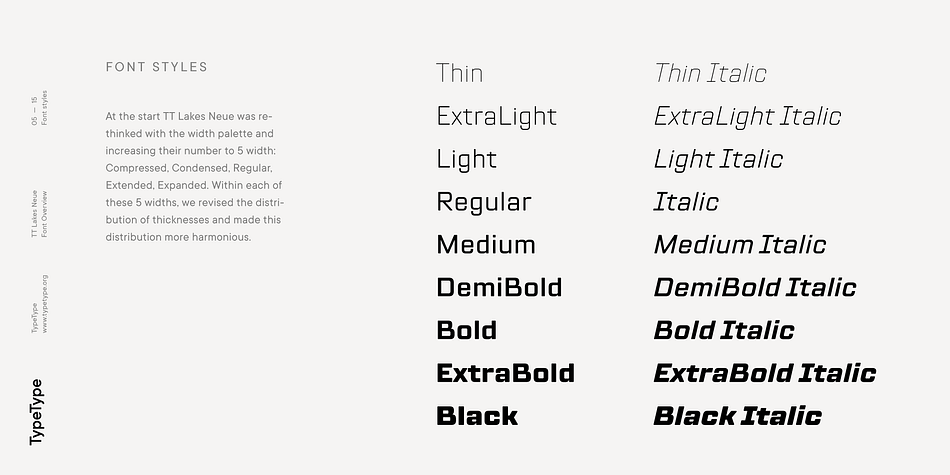 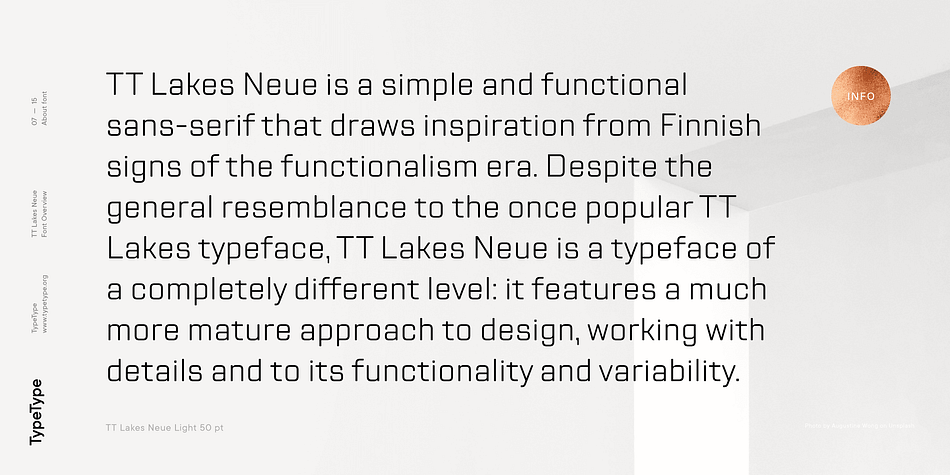 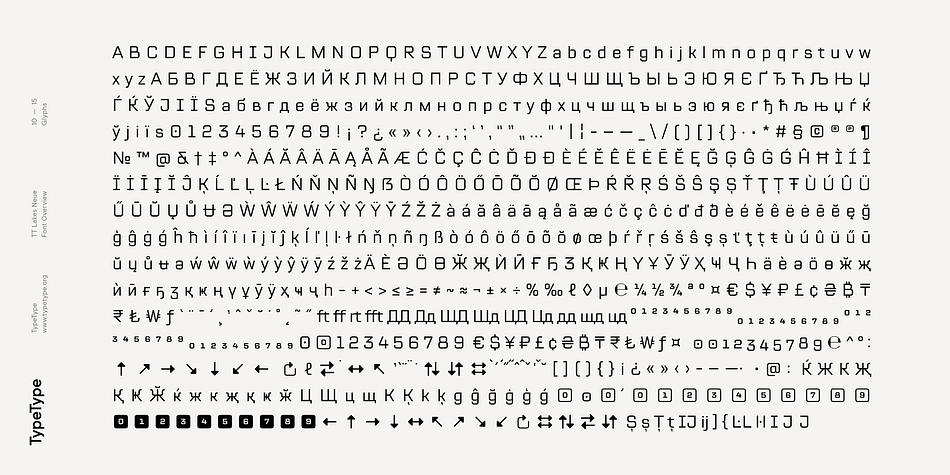 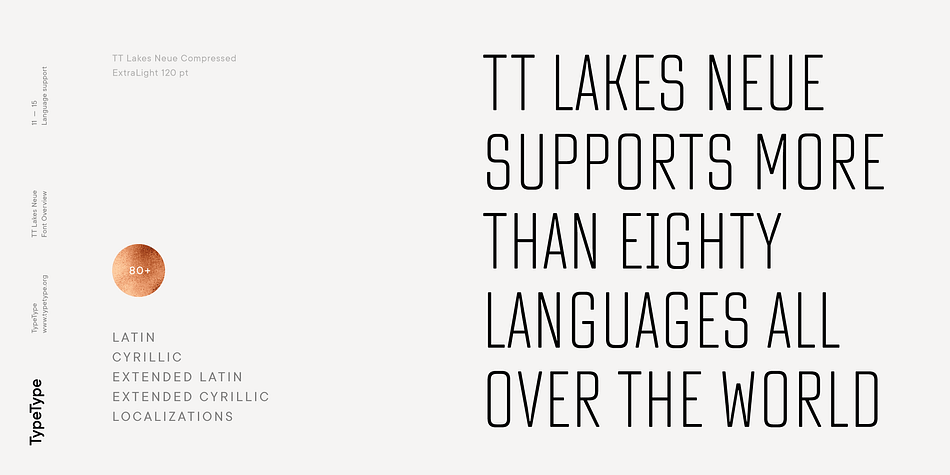 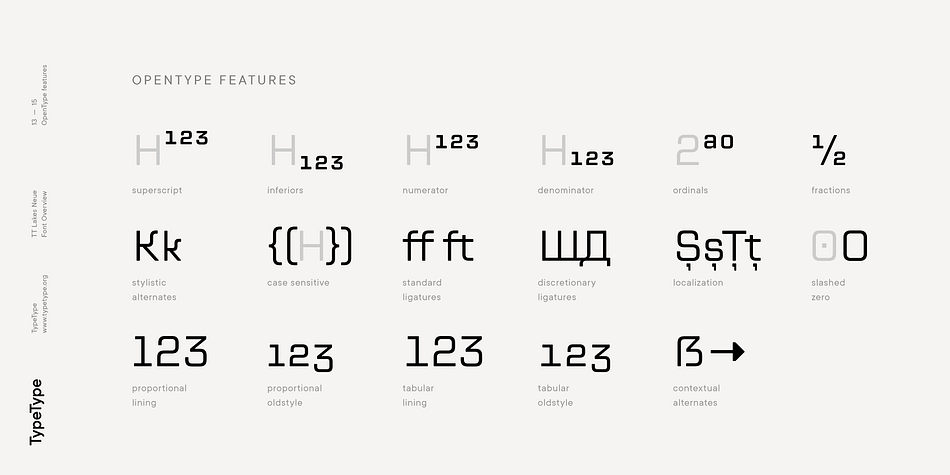 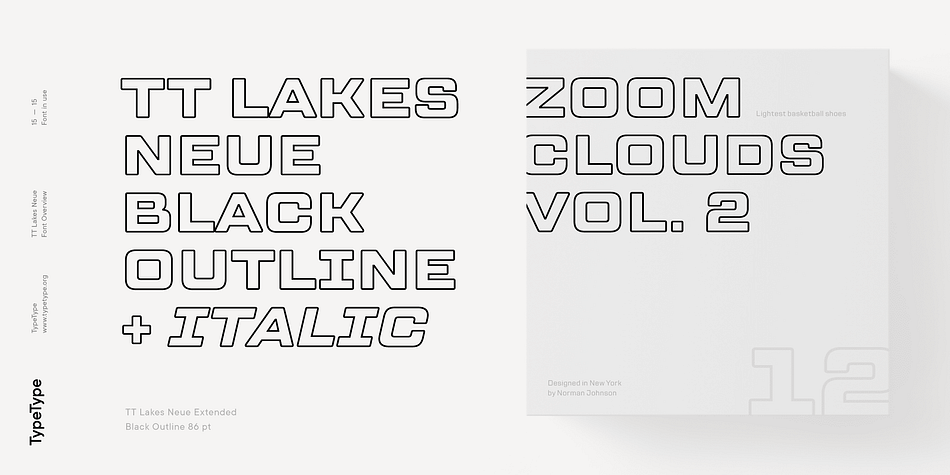 TT Lakes Neue is a simple and functional sans-serif that draws inspiration from Finnish signs of the functionalism era. Despite the general resemblance to the once popular TT Lakes typeface, TT Lakes Neue is a typeface of a completely different level: it features a much more mature approach to design, working with details and to its functionality and variability. We can safely say that using TT Lakes Neue in your work is like wearing classic jeans-they suit everyone and meet any life challenge.

We started work on TT Lakes Neue by revising the width palette and increasing their number to five width: Compressed, Condensed, Regular, Extended, Expanded. Within each of these 5 widths, we revised the distribution of thicknesses and made this distribution more harmonious. Within each of the styles, we corrected the proportions of the characters (for example, E, M), changed the shapes of the characters (for example, S, R, K, Л) and redrew each character anew. For letters with semi-ovals, we completely changed the location of inflows, which now correspond to the logic of pen writing.

We added massive visual compensators in the boldest styles from the narrowest widths of TT Lakes Neue-this is done in order to preserve as much internal white as possible in the characters and maintain their readability. In addition to forced compensation in the boldest styles, TT Lakes Neue is a maximally non-contrasting sans-serif, with ovals in the form of rounded rectangles. All external corners of the glyphs were also rounded. Thanks to the relatively wide characters (for example, f, t, r, s, г, т), the proportions of TT Lakes Neue tend to be of equal width.

TT Lakes Neue Variable is the quintessence of the entire font family, but it can offer much more functionality. Like in TT Octosquares Variable and TT Supermolot Neue Variable, in TT Lakes Neue, the font variability can be simultaneously adjusted along three axes of variability: weight, width and slant, which gives unlimited possibilities in functionality and user settings. To use the variable font with three variable axes on Mac you will need MacOS 10.14 or higher. For other software and browsers, you can check the support status here: v-fonts.com/support/.