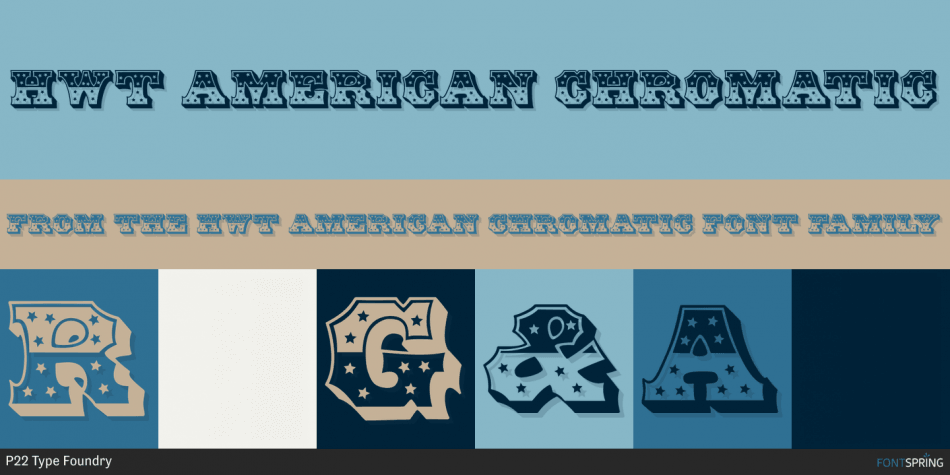 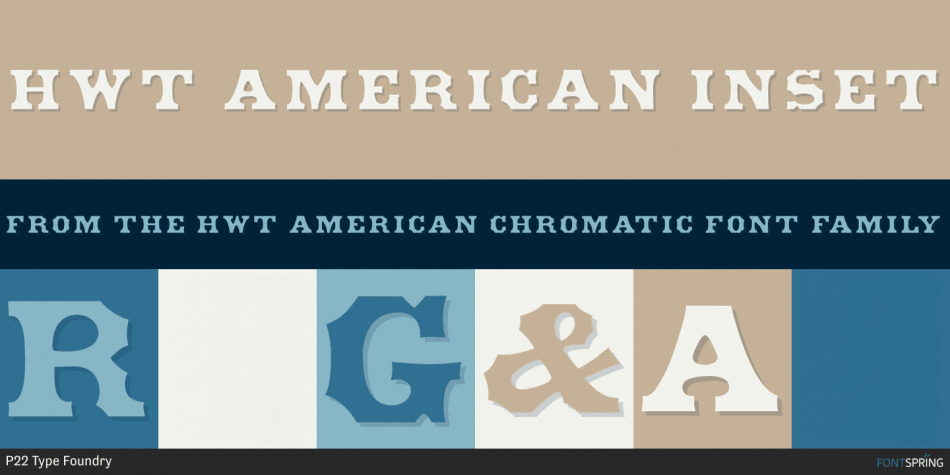 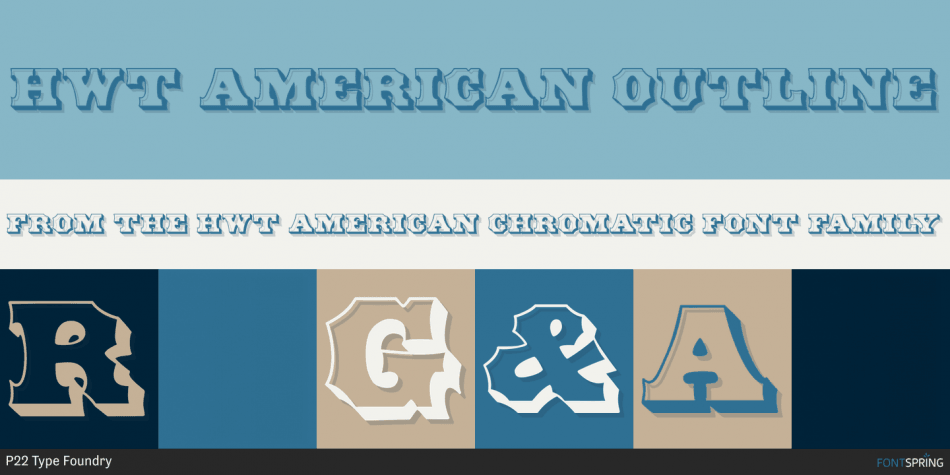 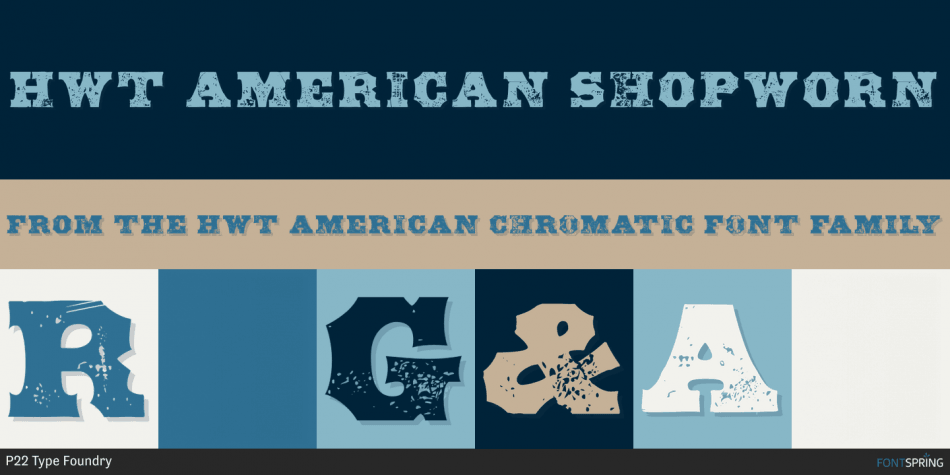 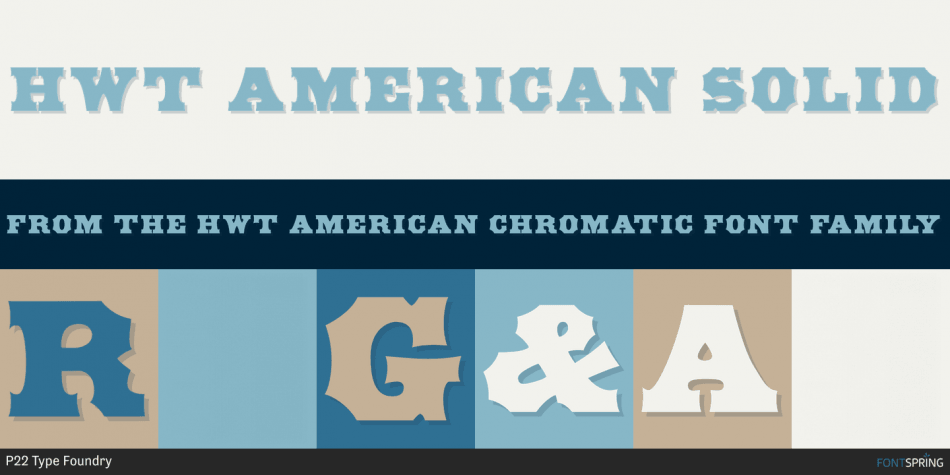 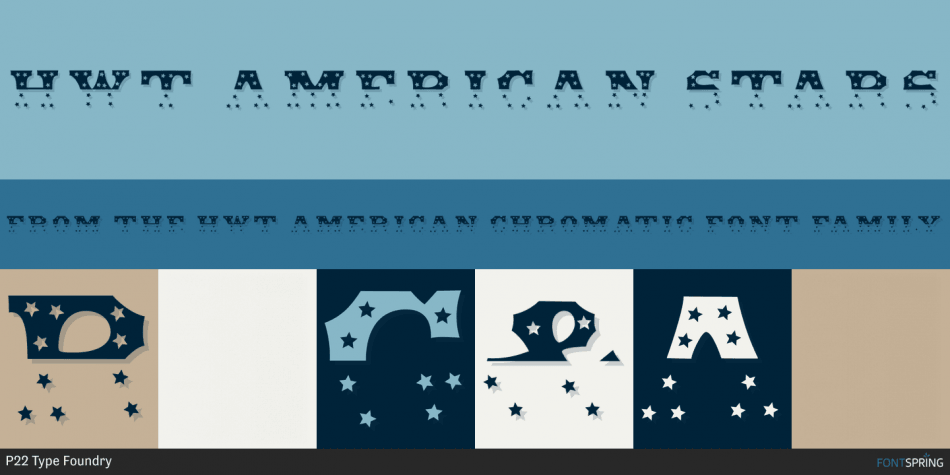 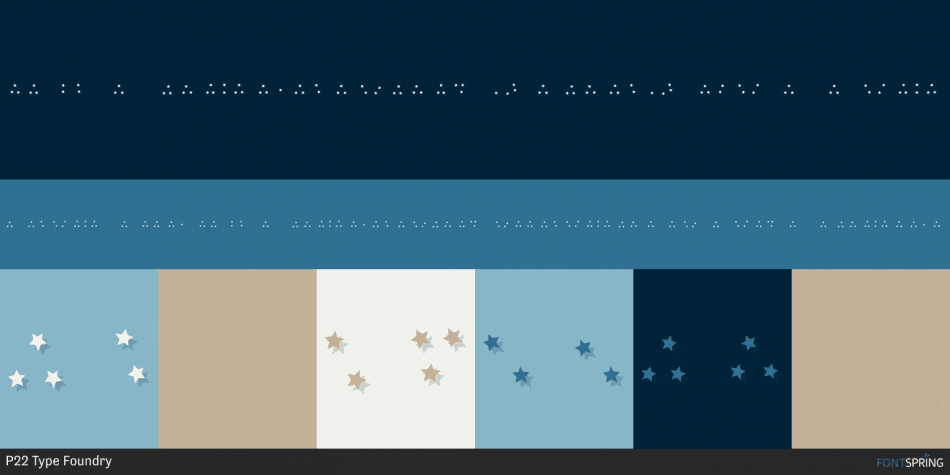 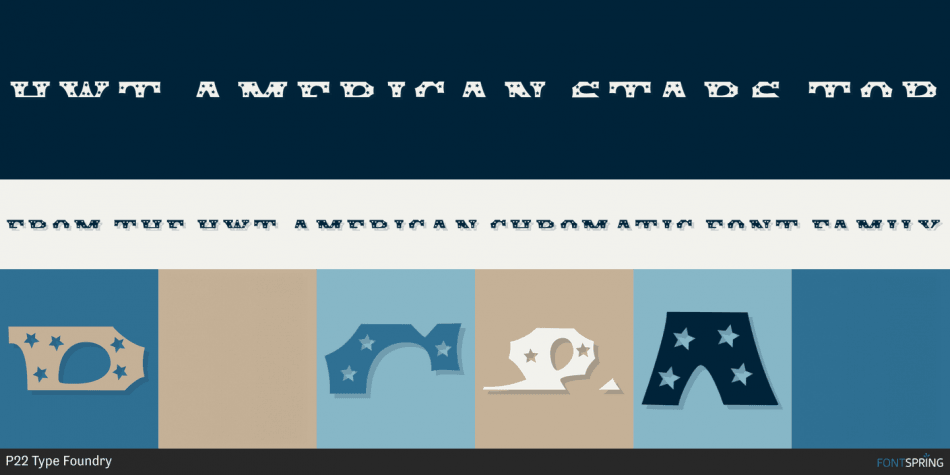 Designed by Richard Kegler, Terry Wüdenbachs and William Page, HWT American Chromatic is a display slab and grunge font family. This typeface has eight styles and was published by Hamilton Wood Type.

The HWT American Chromatic set is a multilayered font set that will allow for thousands of possible color and pattern combinations. The original 19th Century chromatic that this font set is based upon included 2 fonts. The HWT digital version includes 8. The alignment is configured to allow any combination of the 8 fonts to all align when identical text is set and arranged, one on top of the other. Due to the highly decorative nature of this font set, the character set is limited to upper case only with basic punctuation. Five of the eight fonts in the set can be used individually as variations of the classic Tuscan style of wood type, which is defined by its concave stems and serifs. There are no accented characters also due to the ornate nature of the design and because there were no accents originally intended for this design.