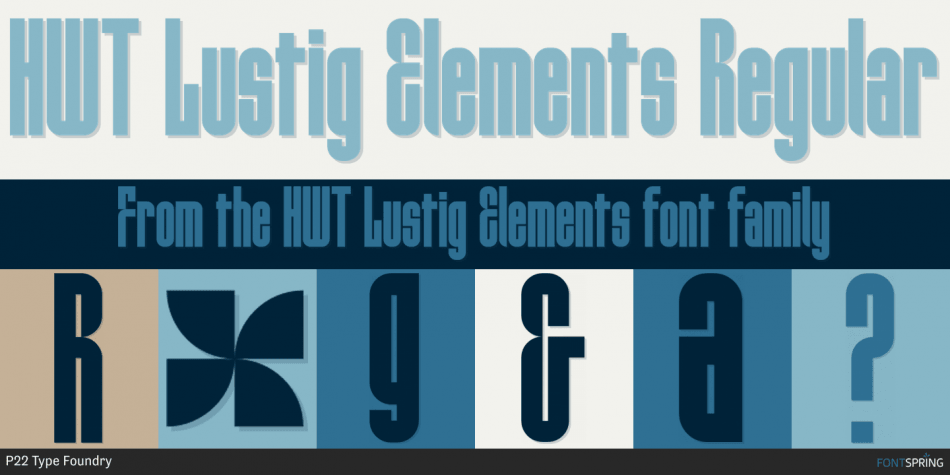 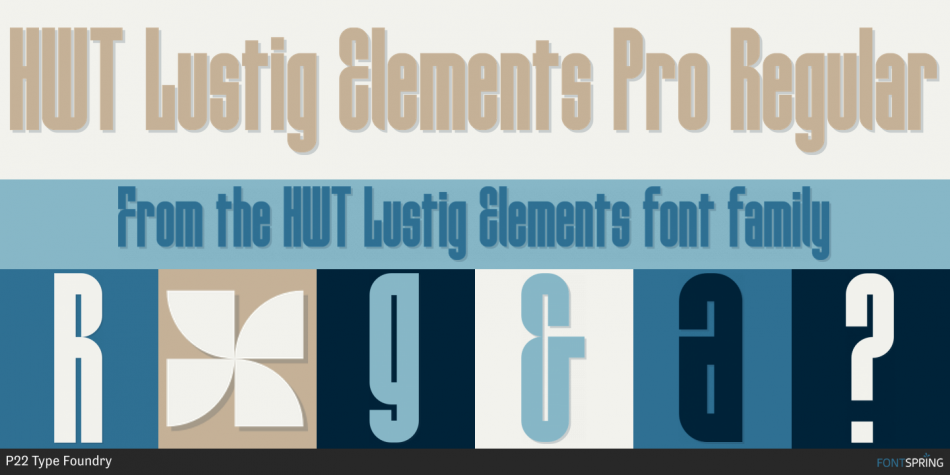 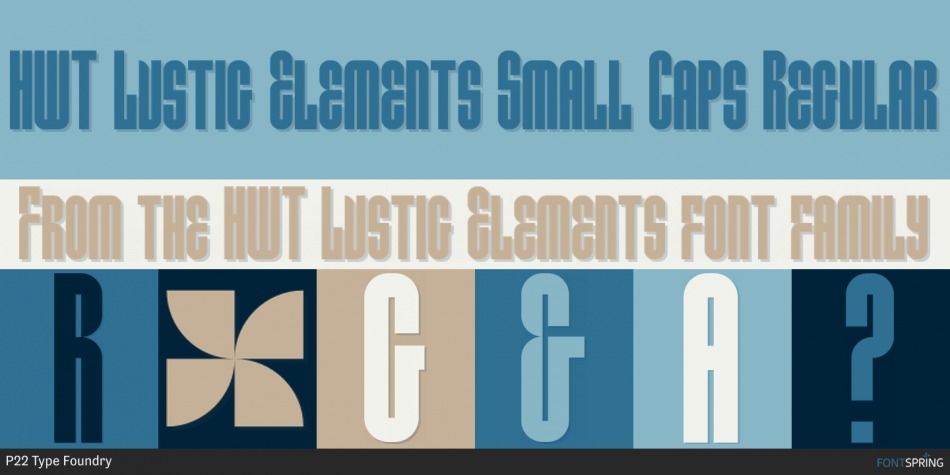 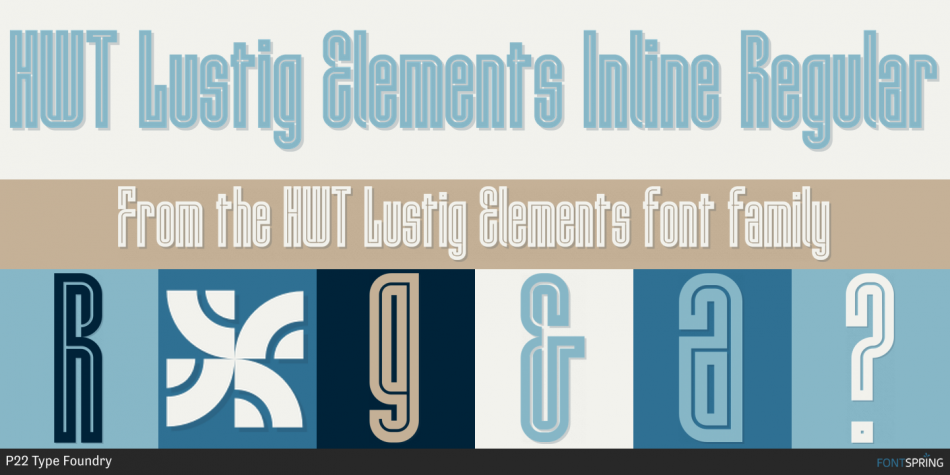 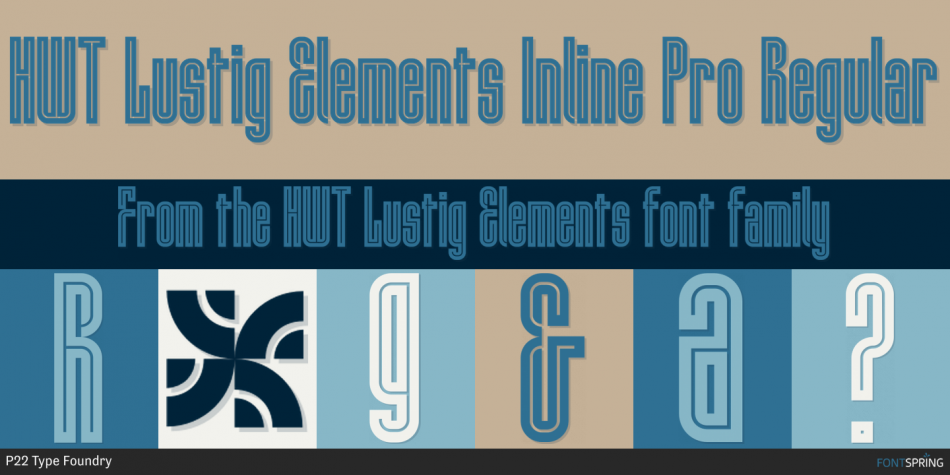 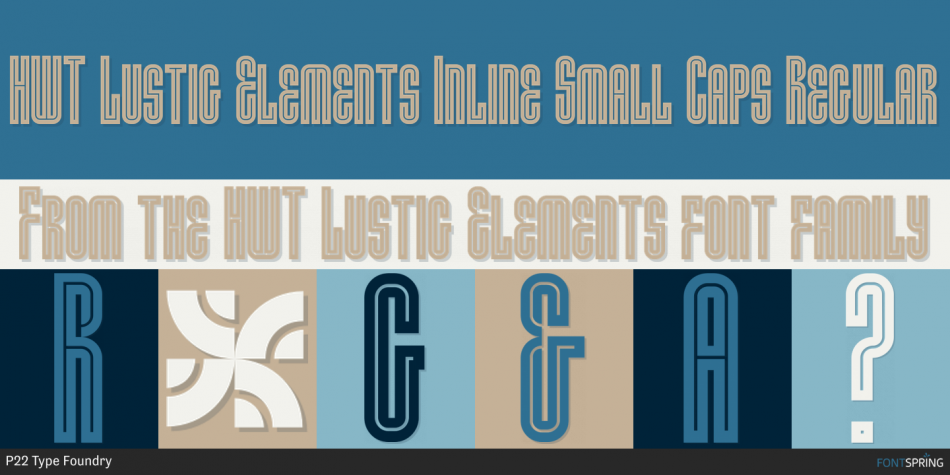 Designed by Elaine Cohen, Alvin Lustig and Craig Welsh, HWT Lustig Elements is an art deco and display sans font family. This typeface has six styles and was published by Hamilton Wood Type.

‘Euclid. A New Type,’ originally designed in the 1930s by modern American designer Alvin Lustig (1915-1955), has been revived as ‘Lustig Elements’ through a collaboration of designers Craig Welsh and Elaine Lustig Cohen.

Only twelve letterforms from the original font design had been retained in archive material in the many decades since its initial development. Lustig Elements combines four simple, geometric shapes aligned to an underlying grid with letterform designs that hold true to the spirit of the original font.

Lustig Elements initially came to life in 2015 as wood type cut at Hamilton Wood Type & Printing Museum. The digital version expands on the basic character set with a pro expanded latin character set, small caps and even an Inline variation.