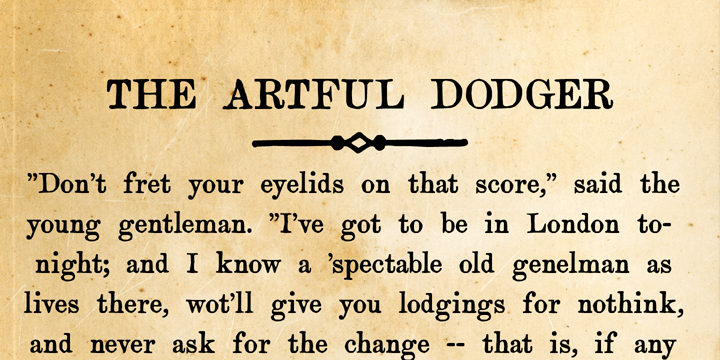 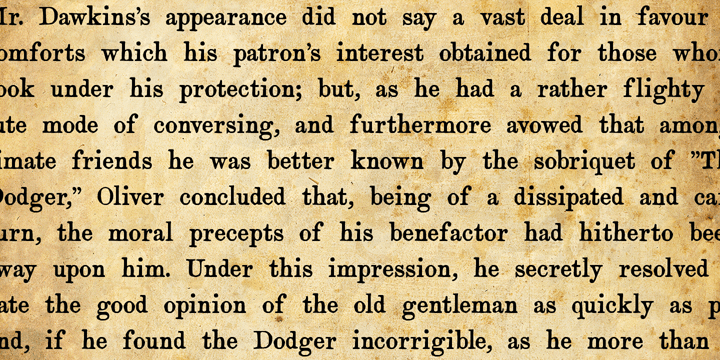 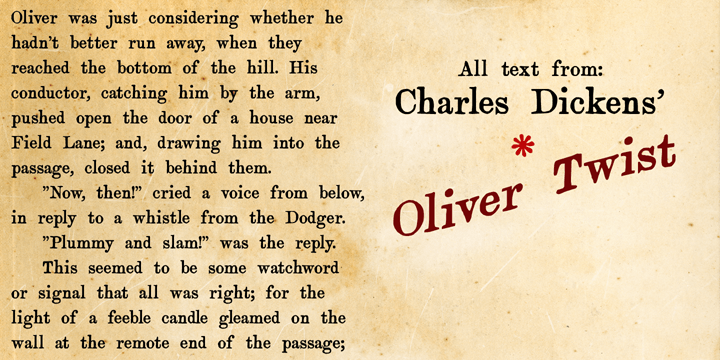 Artful Dodger is a historical and display serif font family. This typeface has two styles and was published by Hanoded.

The Artful Dodger is a character in Charles Dickens’ Oliver Twist. Dickens wrote his books in the Victorian Era, which also gave birth to a beautiful and extensively used typeface called Clarendon. The typeface was developed by Robert Besley and first published in 1845. Artful Dodger was modeled on the glyphs found in a 1865 book, which was typeset in Clarendon. Artful Dodger has not been ‘cleaned’, so the glyphs look rough and worn,