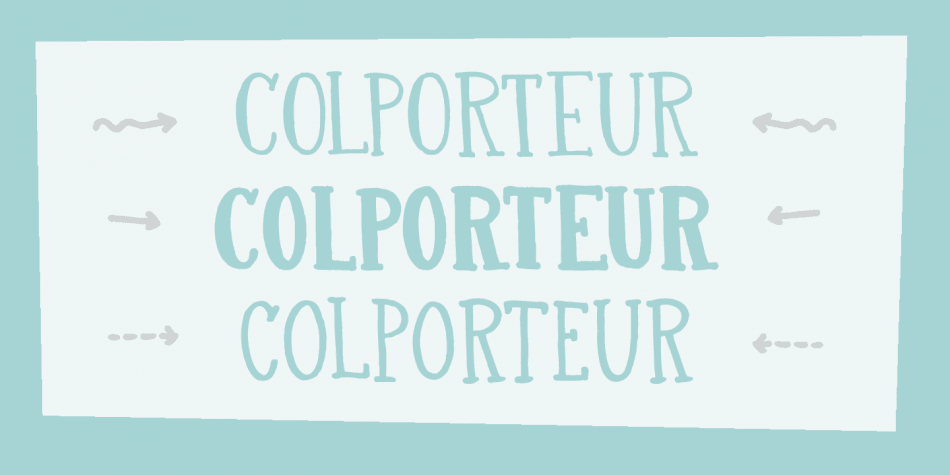 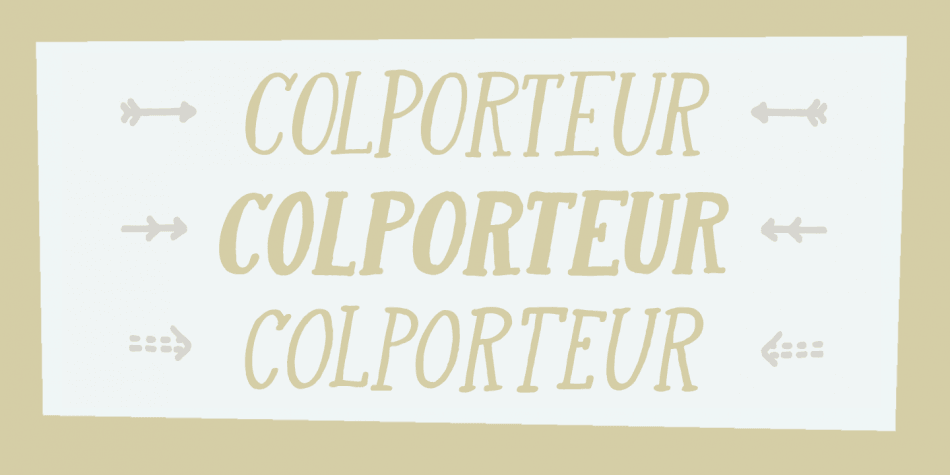 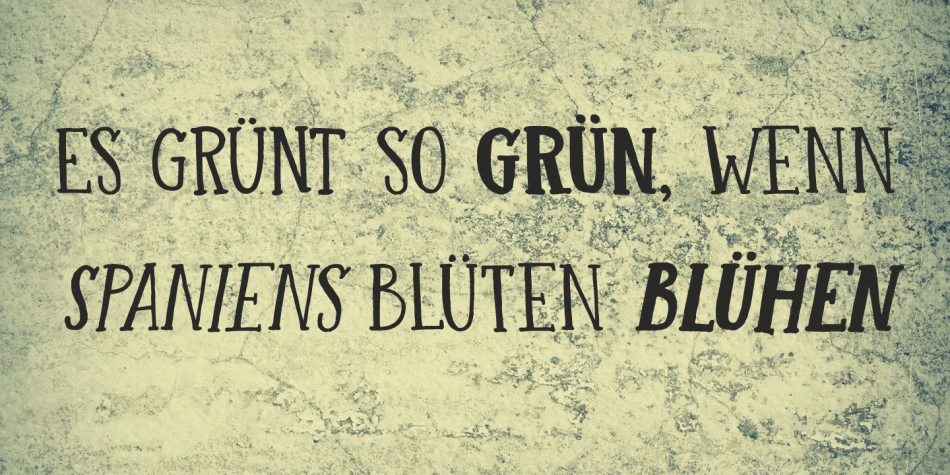 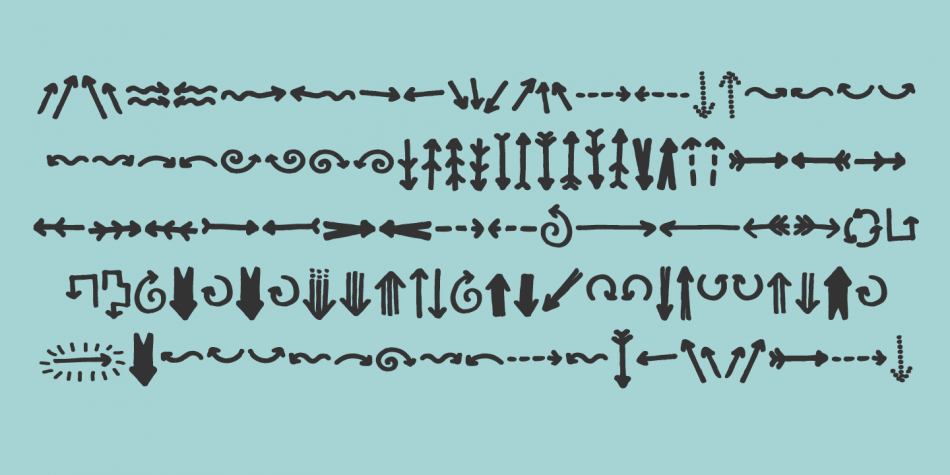 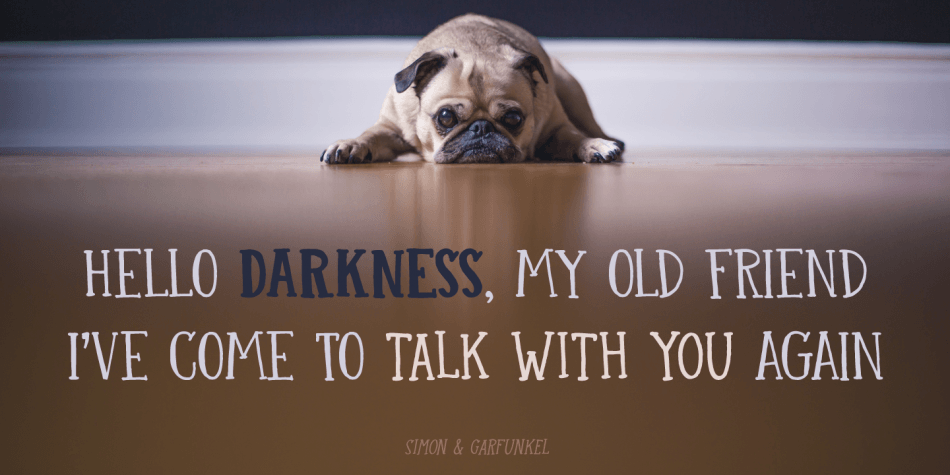 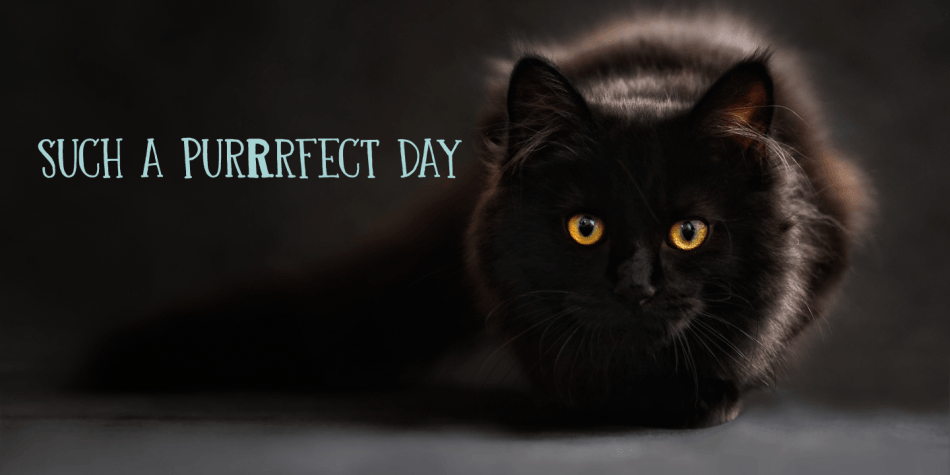 Designed by David Kerkhoff, Colporteur is a dingbat and hand display font family. This typeface has seven styles and was published by Hanoded.

A Colporteur is a peddler of books, newspapers, and similar literature. When I was young, we often got visits from colporteurs - mostly they wanted to sell us a very expensive encyclopaedia. I haven’t seen them for a while - the internet probably killed their trade, as there are numerous free encyclopaedias out there.

Colporteur font won’t try to sell you stuff - it basically sells itself. It is a jolly serif family of 6 styles plus a very useful doodle style full of arrows. Use it to sell your encyclopaedia online, write a book and use if for the cover or create a ‘hunt the colporteur’ game.

Comes with an encyclopaedic knowledge of diacritics too!