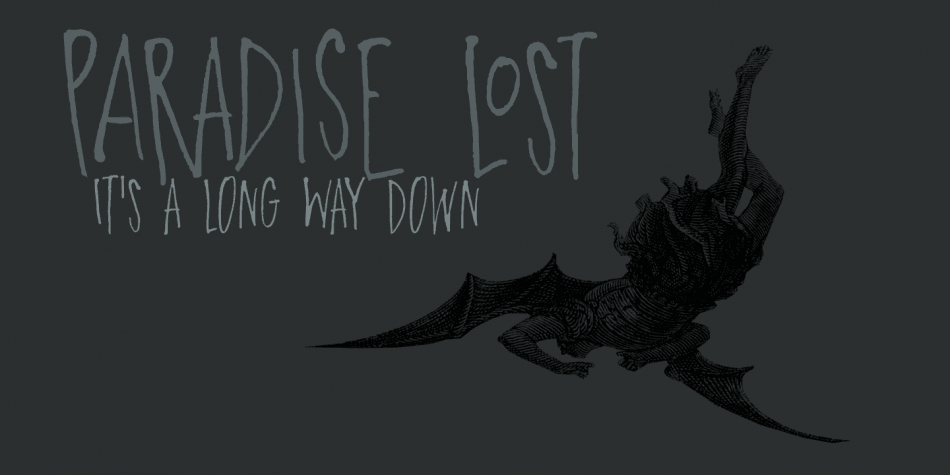 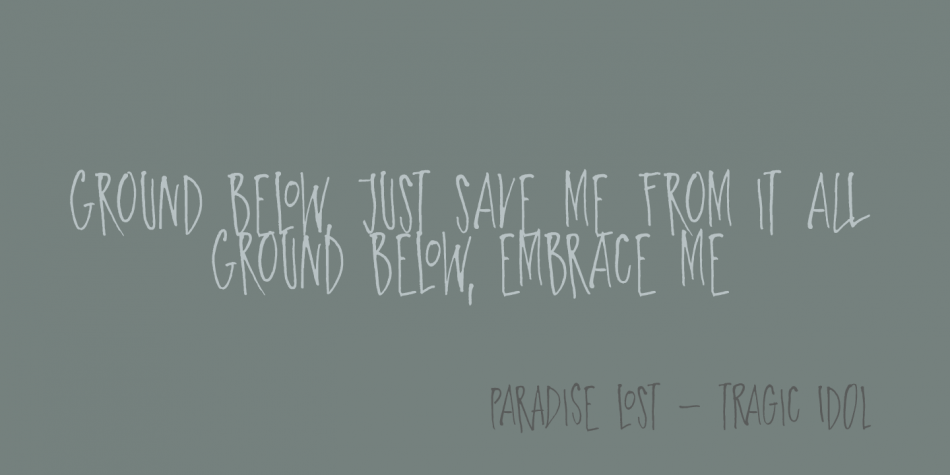 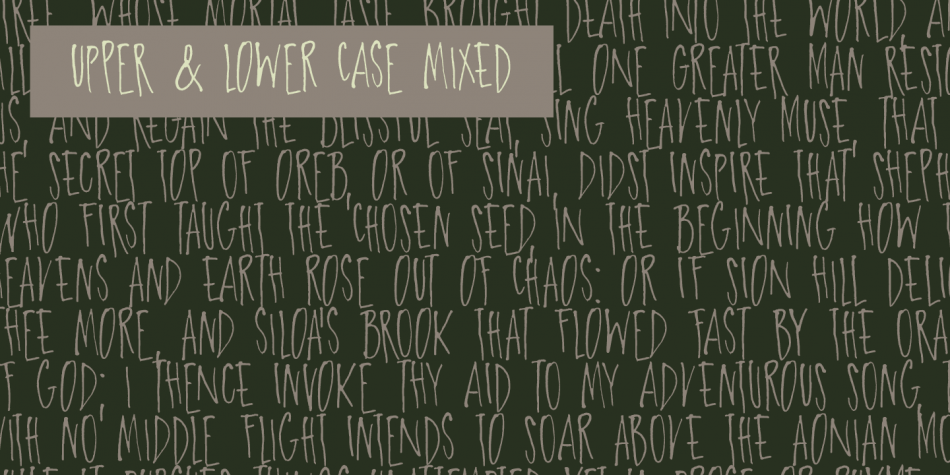 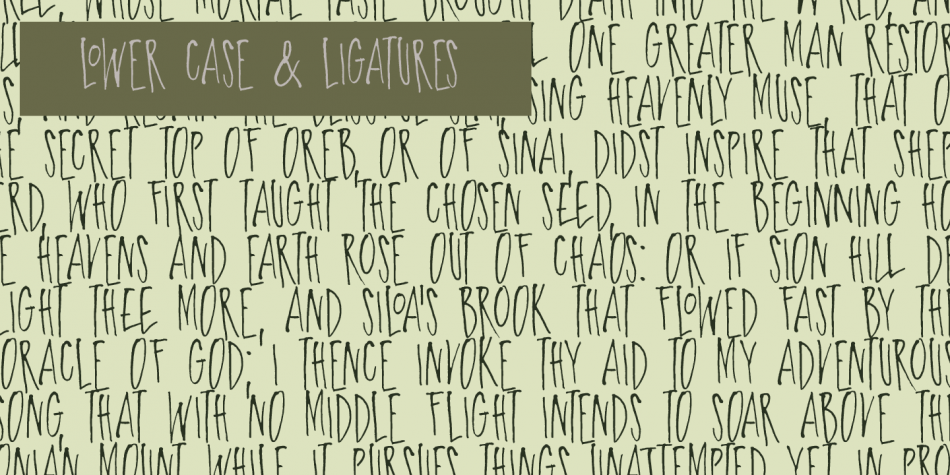 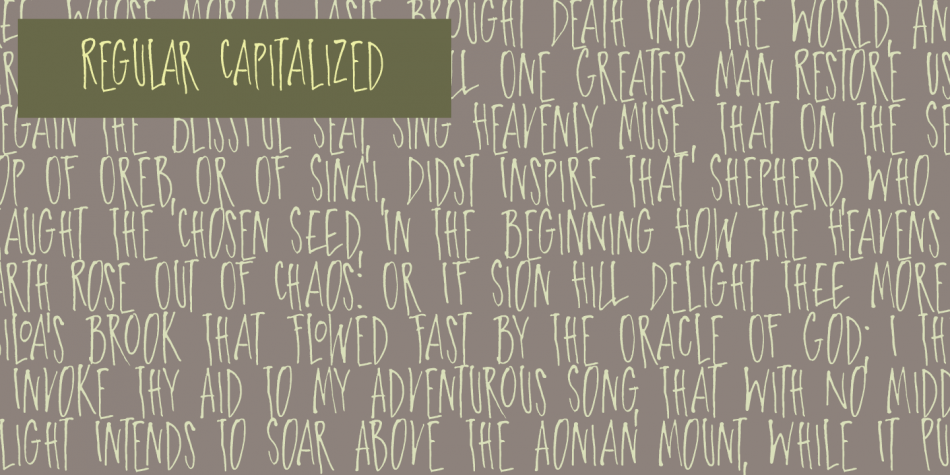 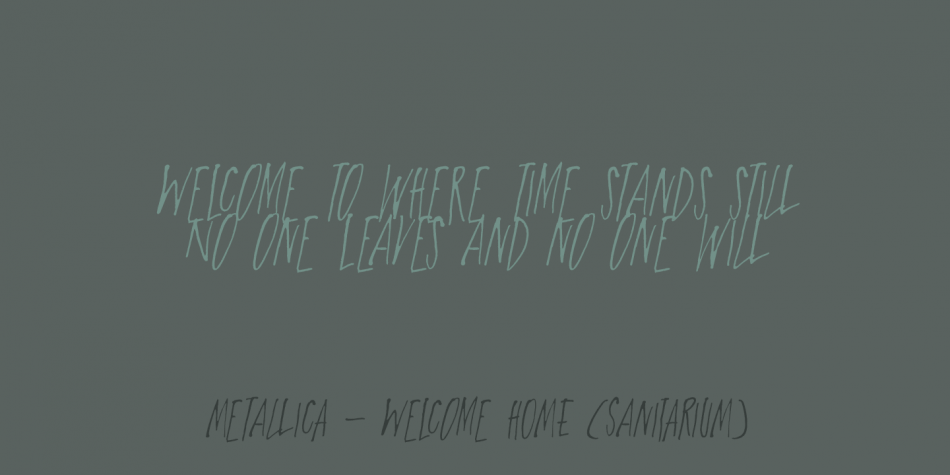 Designed by David Kerkhoff, Paradise Lost is a hand display font family. This typeface has two styles and was published by Hanoded.

A two font family. This contains every font in the Paradise Lost Family.

Paradise Lost is a 1667 poem by John Milton which mostly concerns the Biblical story of the Fall of Man, Eve’s temptation by the devil and the expulsion of Adam and Eve from Eden. It’s quite a hefty read, as the poem consists of ten books with over 10.000 lines of verse.

Needless to say, I didn’t read it all. But, it did give me inspiration for a font, which I called Paradise Lost.

It’s a good name, even though there is nothing Biblical about this font. Paradise Lost was created (pun intended) using a broken bamboo satay skewer and Chinese ink. It is all caps, but upper and lower case differ and like to mingle.