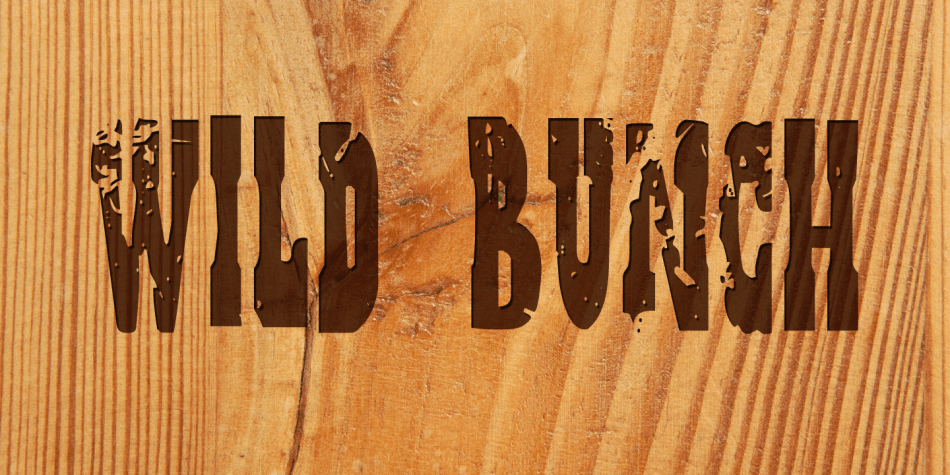 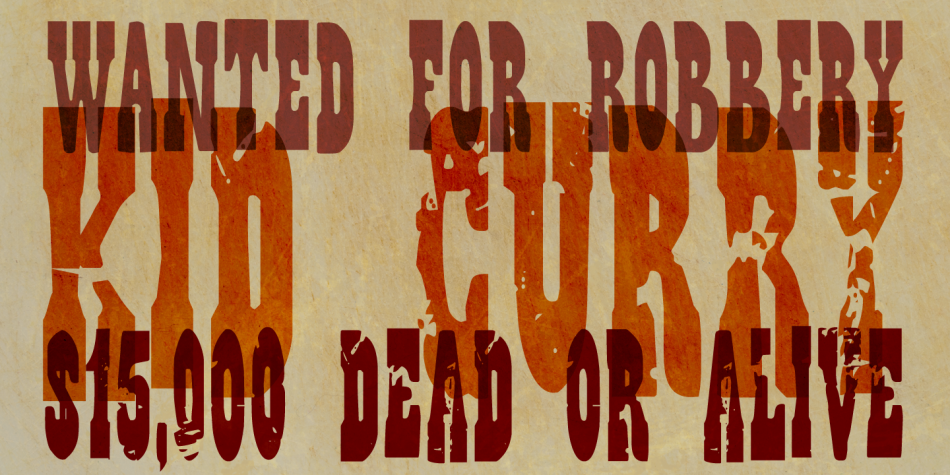 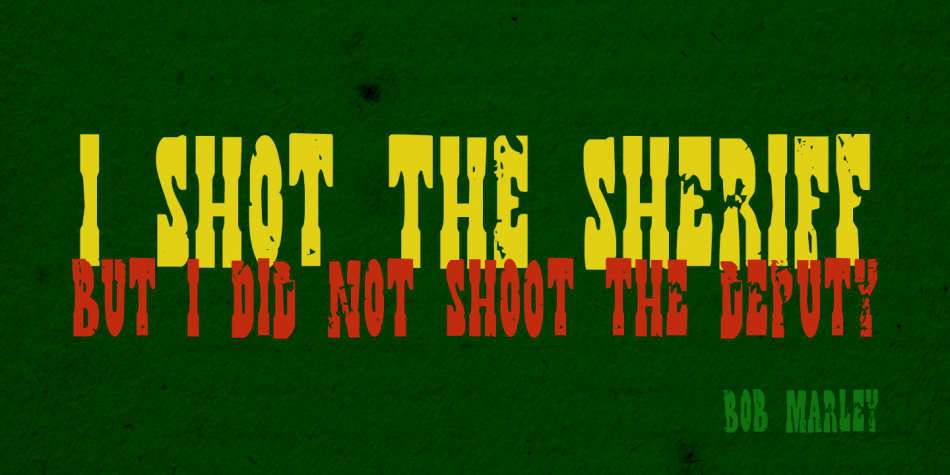 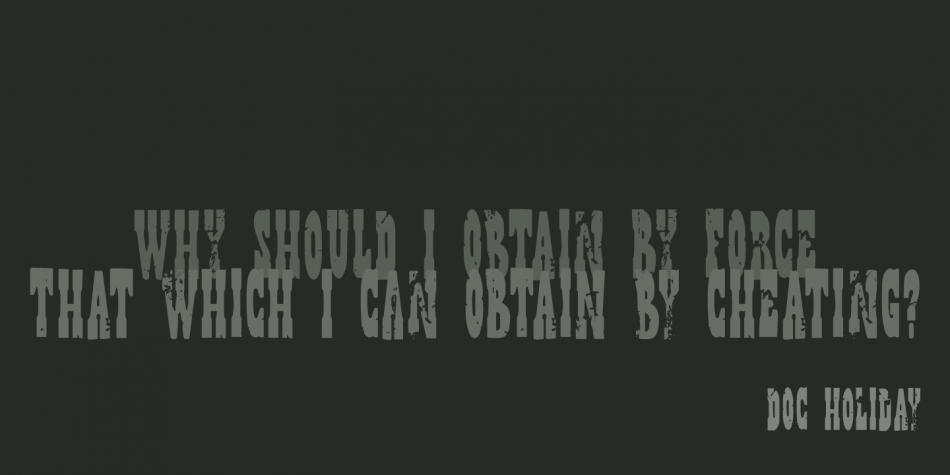 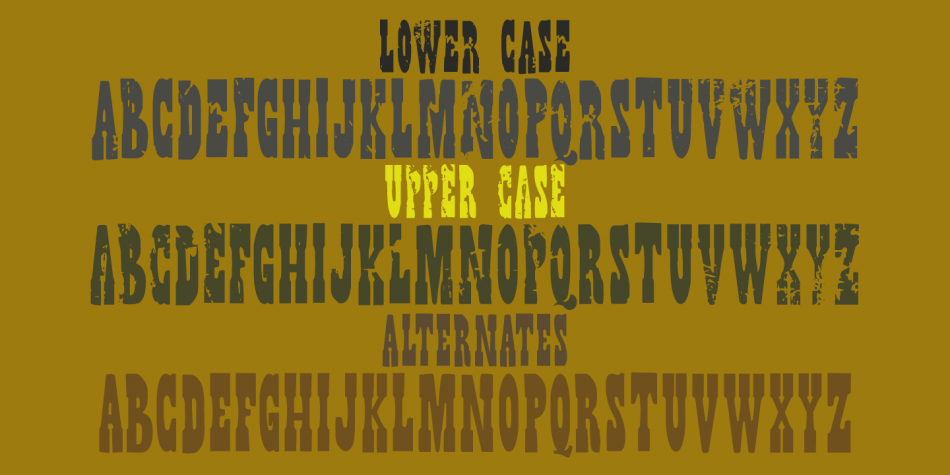 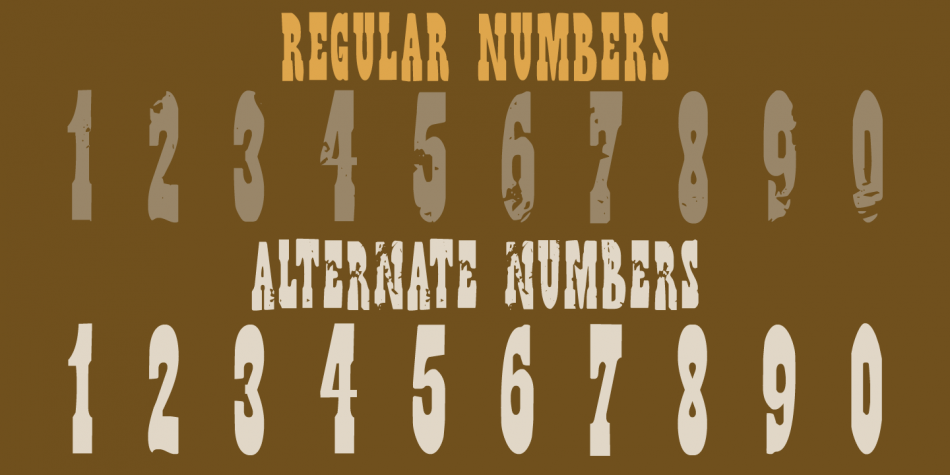 Designed by David Kerkhoff, Wild Bunch is a grunge and western font published by Hanoded.

The Wild Bunch, also known as the Doolin–Dalton Gang, was a gang of outlaws that terrorized Kansas, Missouri, Arkansas, and Oklahoma Territory during the 1890s. They robbed banks, killed lawmen and held up trains. Of course its members were hunted down and ‘wanted’ posters, with that typical ‘Wild West’ font, appeared all over.

Wild Bunch is a ‘wanted poster’ type font. It is an all caps font, but upper and lower case differ slightly. A set of alternate, non-eroded, glyphs for the lower case (including alternate numbers) completes this font.