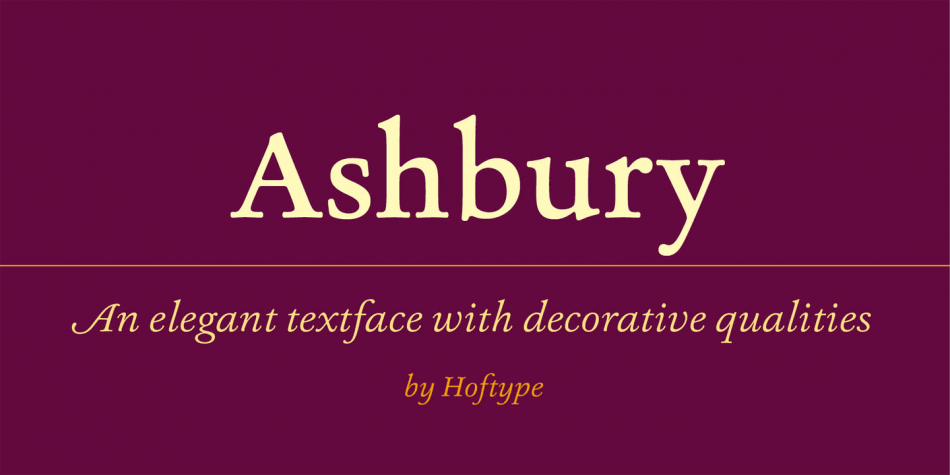 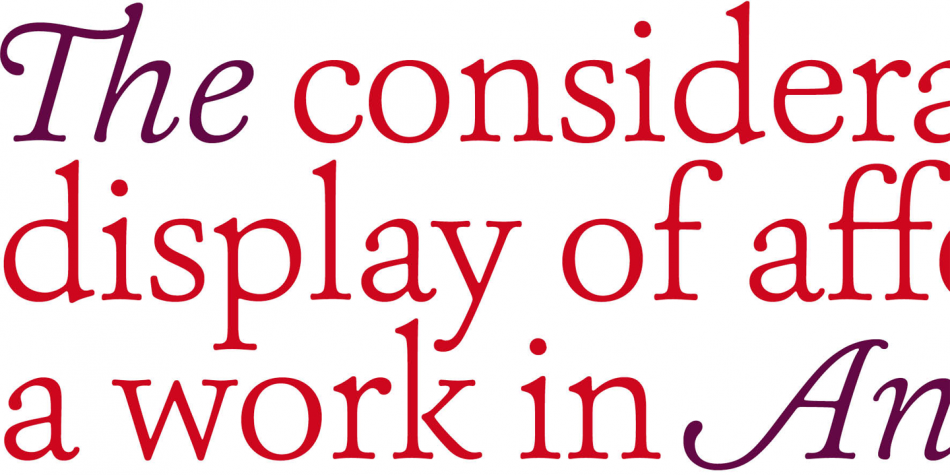 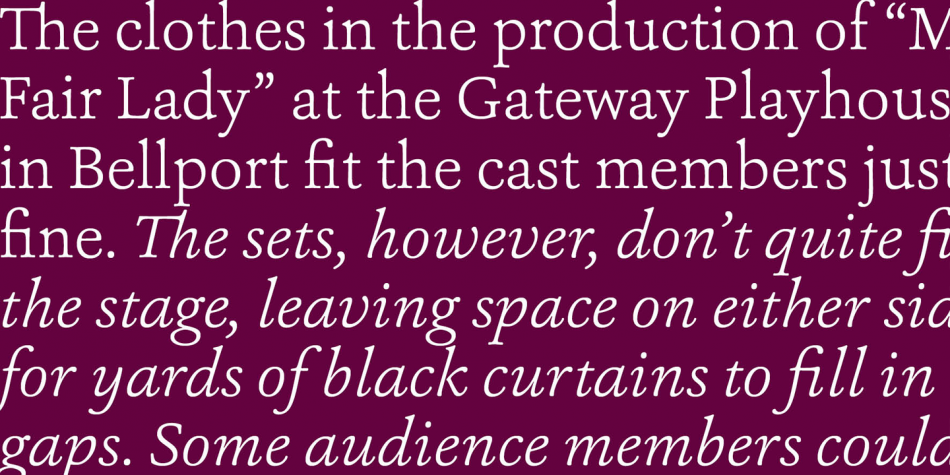 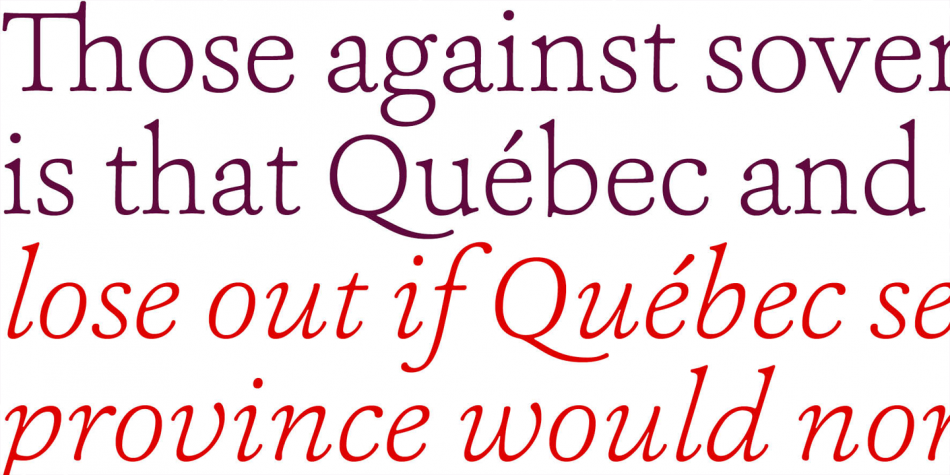 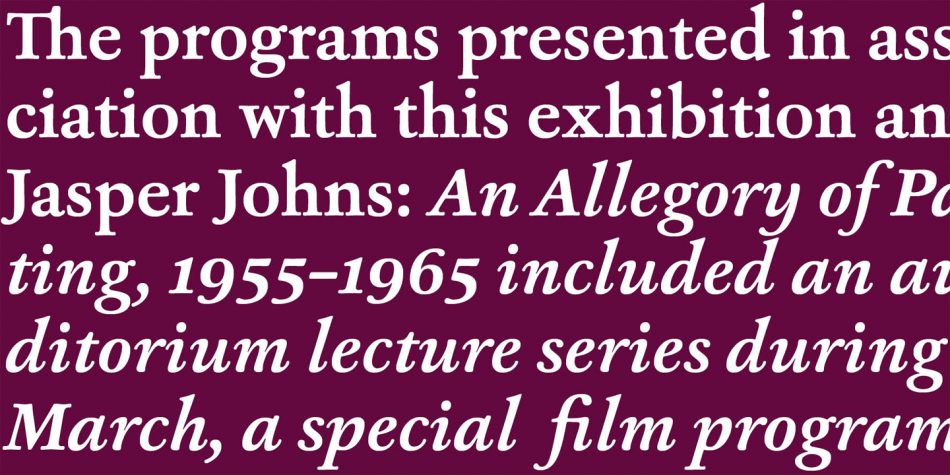 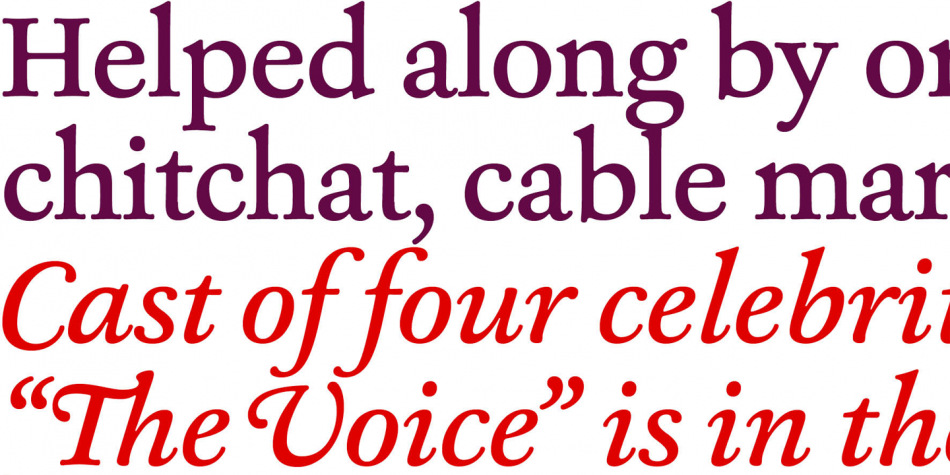 Ashbury is a serif font family. This typeface has ten styles and was published by Hoftype.

Ashbury derives its inspiration from 18th century transitional types such as Caslon and Baskerville. It is however not a revival but interprets formal aspects in a new and individual fashion. With a flowing outline, it remains warm and pleasant but assertive because of its solid strokeweights.
Ashbury is very well equipped for a wide range of ambitious applications.