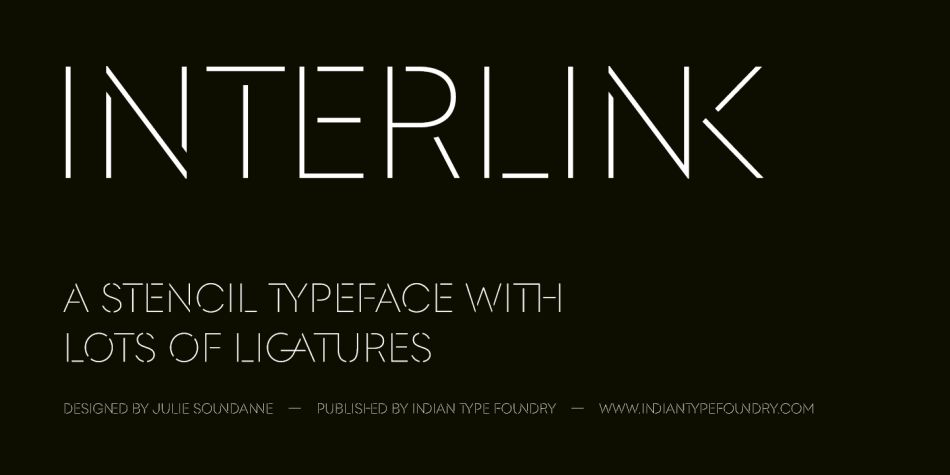 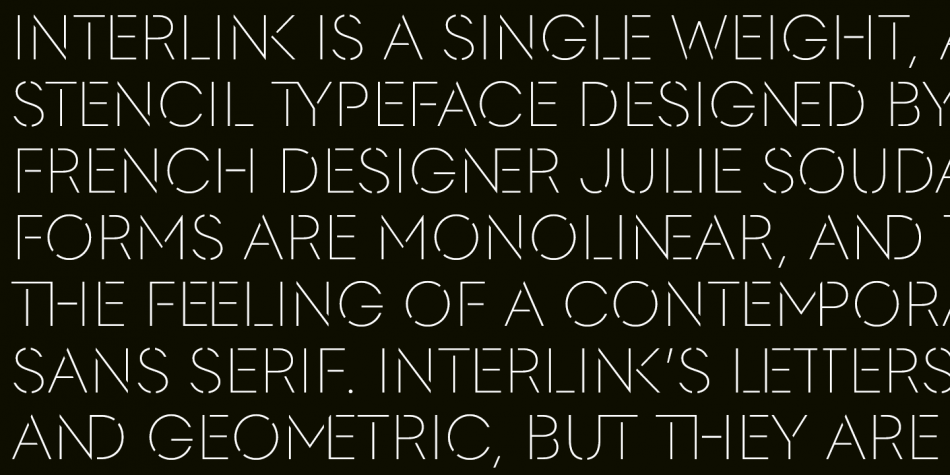 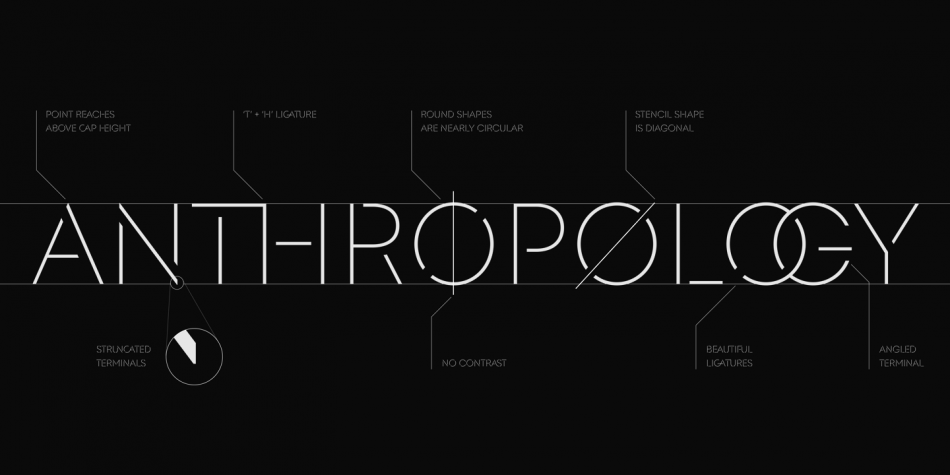 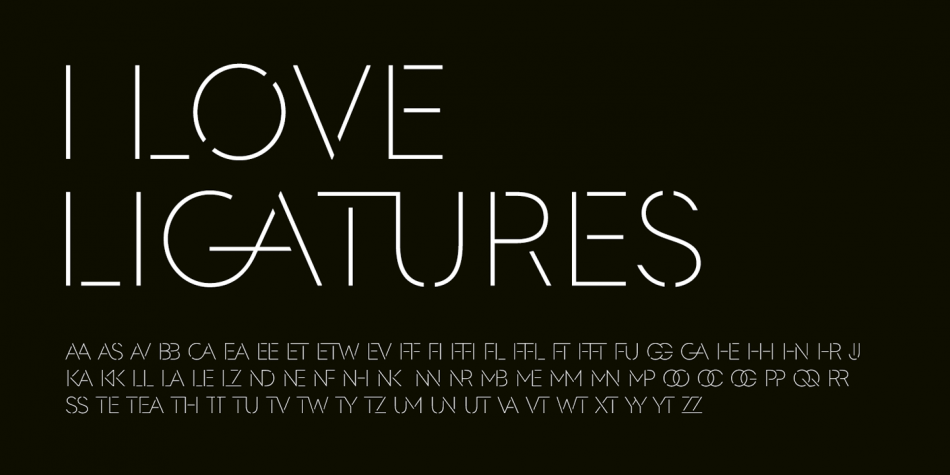 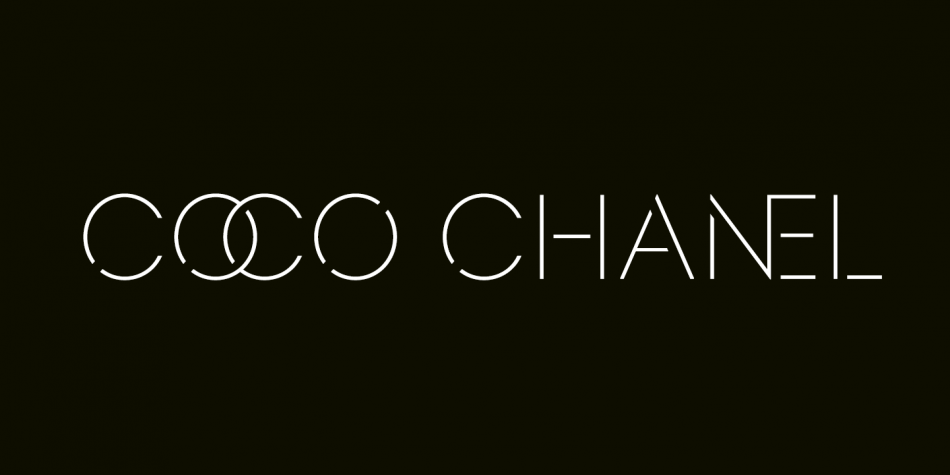 Interlink is a single-weight, all-caps stencil typeface designed by the French designer Julie Soudanne. Its forms are monolinear, and they are have the feeling of a contemporary-style sans serif. Interlink’s letters are nice and geometric, but they are not mono-width. Nevertheless, Soudanne constructed many of the characters so that they ‘feel’ like they might be equally wide, even though they are not. Aside from the stencil-optic, Interlink’s best feature is its unique series of 68 ligatures. This large set includes both two-letter and three-letter ligatures. The OpenType ‘Ligatures’ feature is so important to this design that the letters’ ability to link-up to each other is referenced in the typeface’s very name: Interlink is, basically, a palette of inter-linking letters for designers to use in display sizes. Interlink may be used very well in headlines, or for logo design. The typeface may be paired with virtually any kind of body text fonts, be these serif or sans.