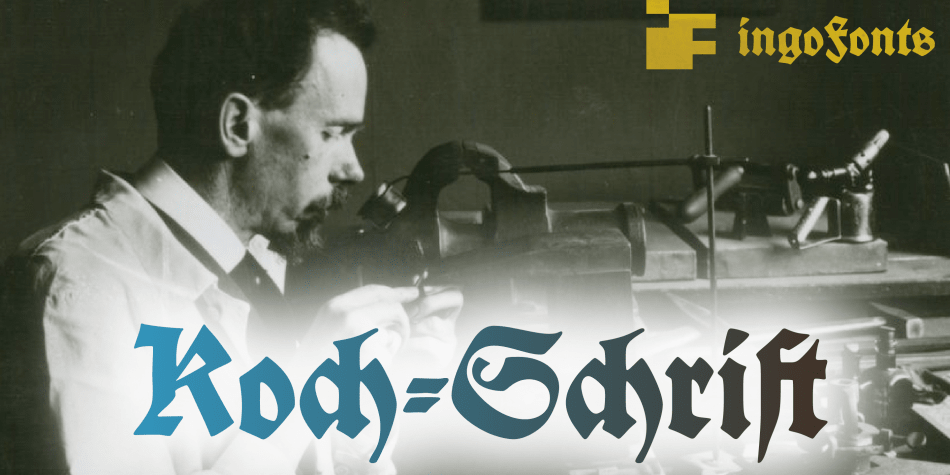 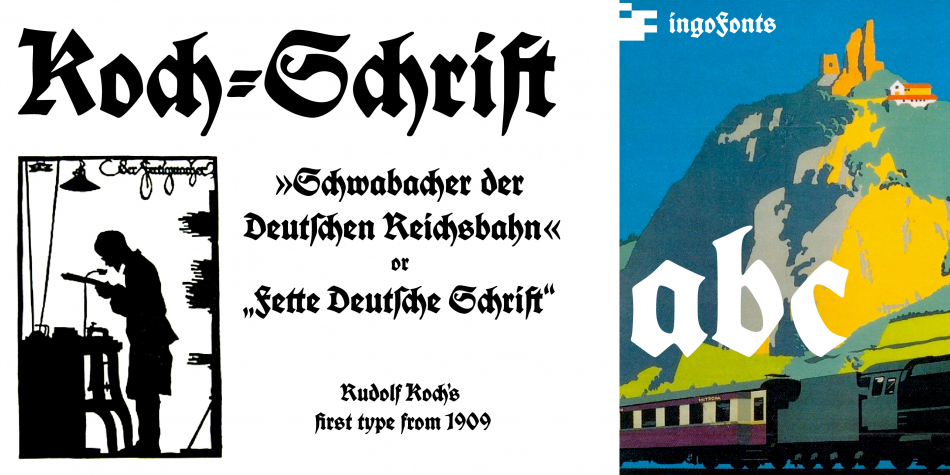 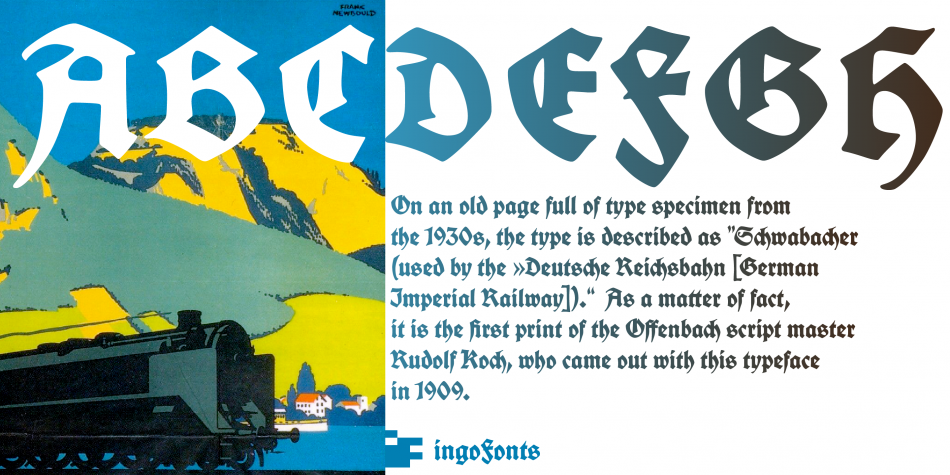 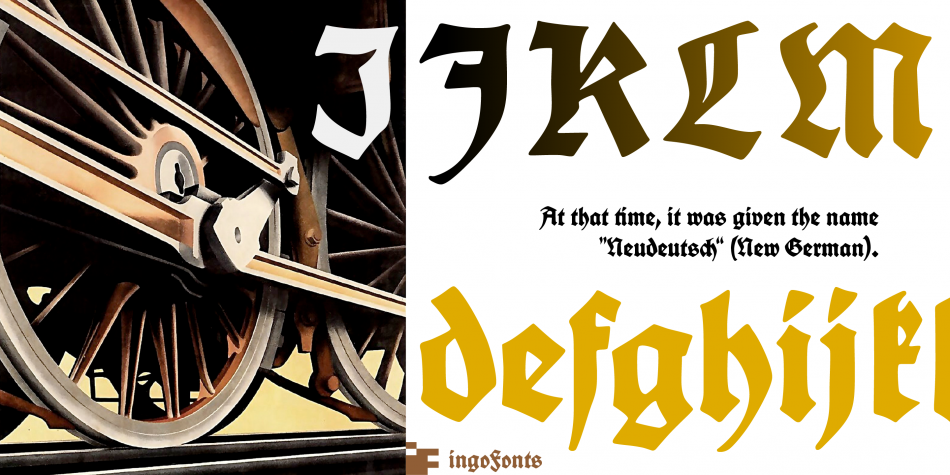 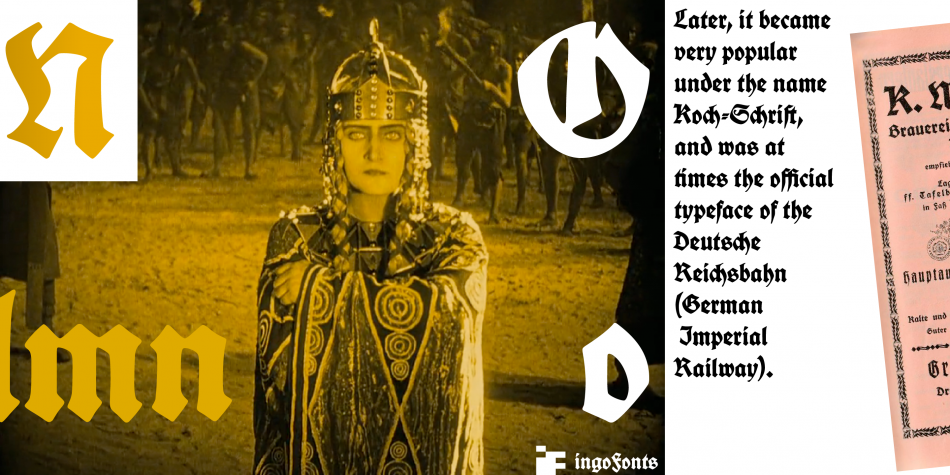 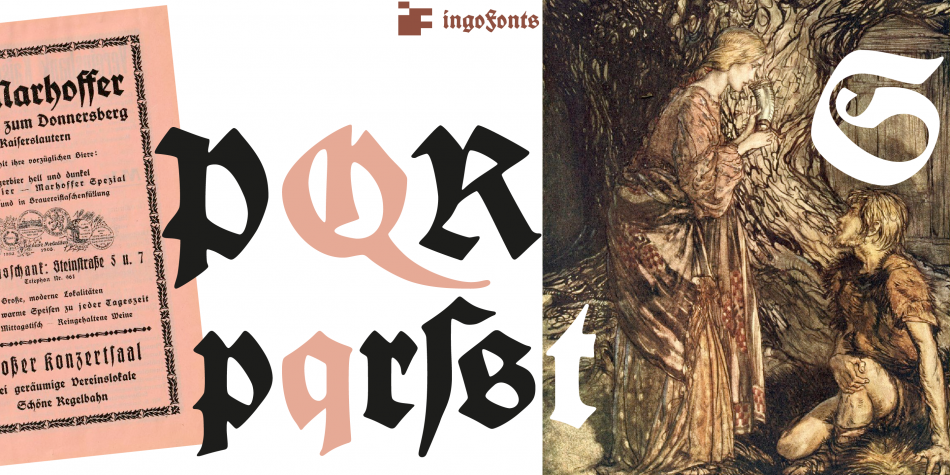 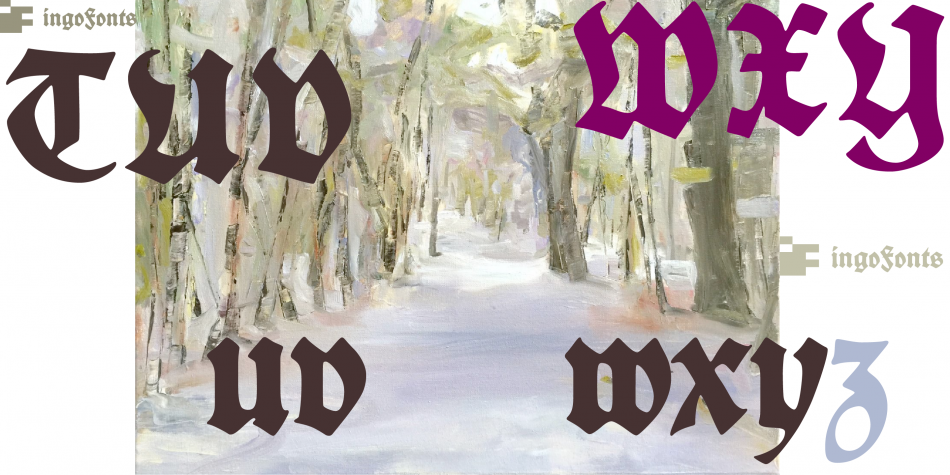 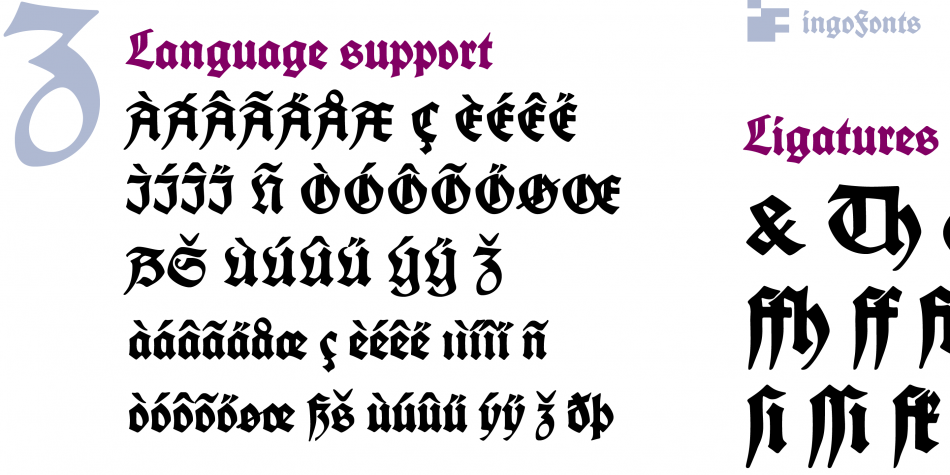 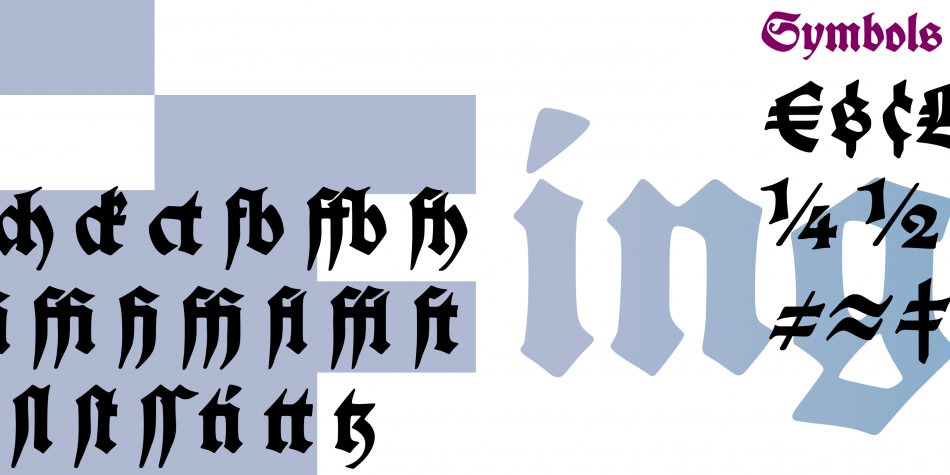 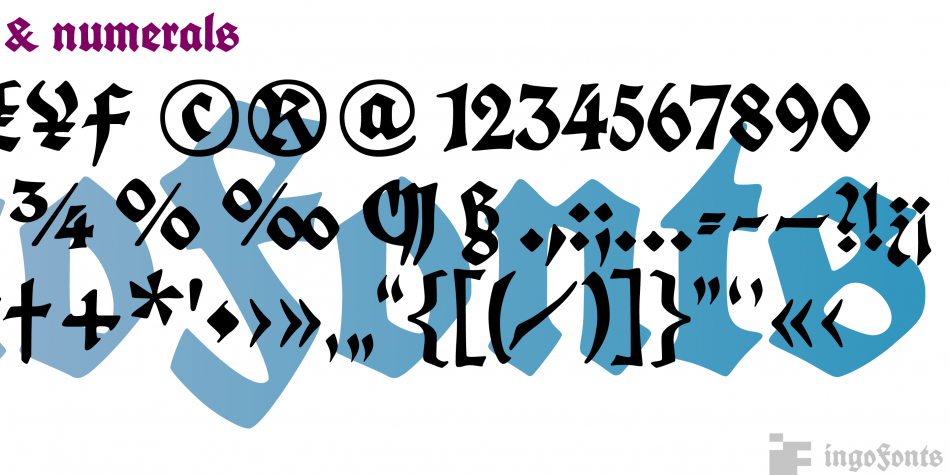 Designed by Ingo Zimmerman, Koch Schrift is a blackletter font published by ingoFonts. 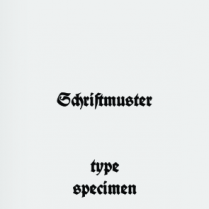 On an old page full of script examples from the 1930s, the script is described as ”Schwabacher (used by the Deutsche Reichsbahn [German Imperial Railway]).“ As a matter of fact, it is the first print of the Offenbach script master Rudolf Koch, who came out with this script in 1909.
At that time, it was given the name ”Neudeutsch“ (New German). Later, it became very popular under the name Koch-Schrift, and was at times the official script of the Deutsche Reichsbahn.