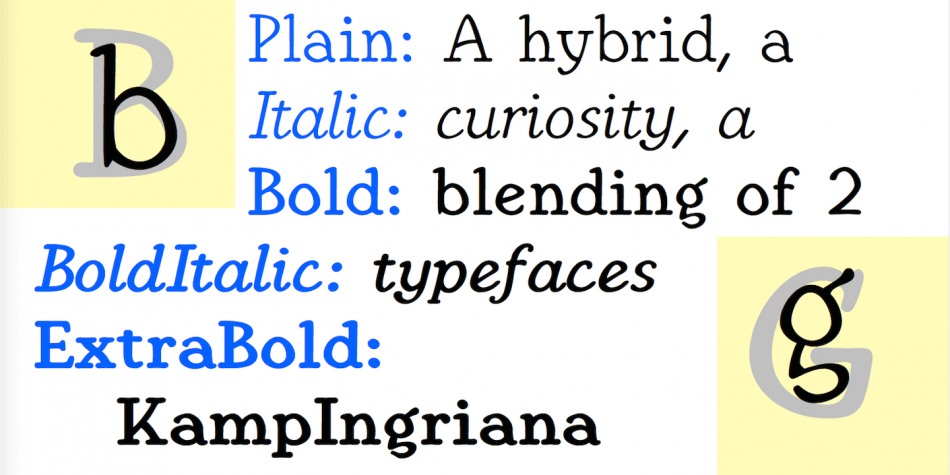 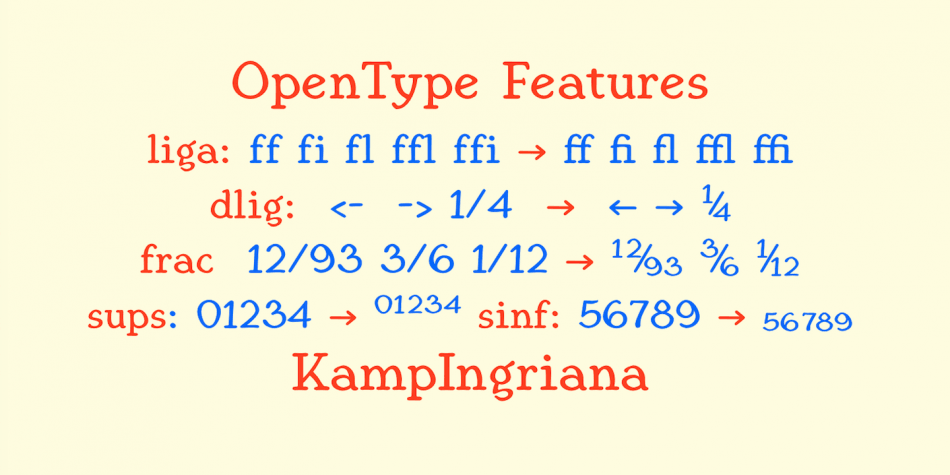 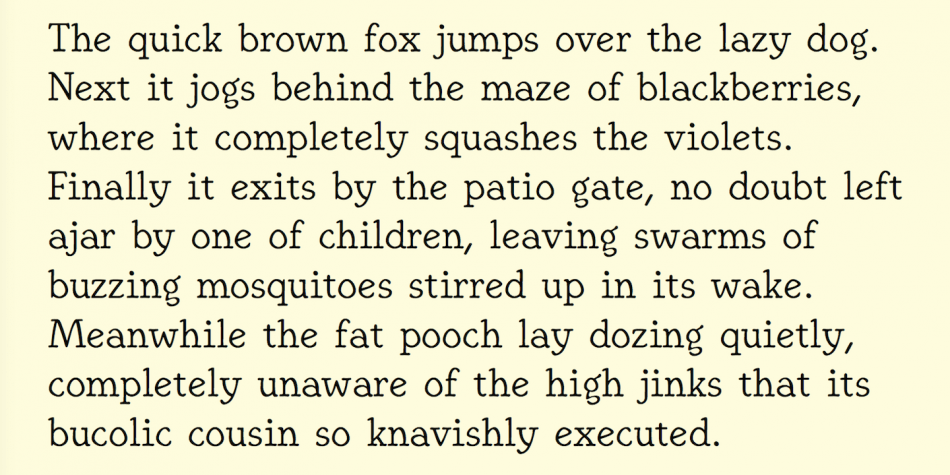 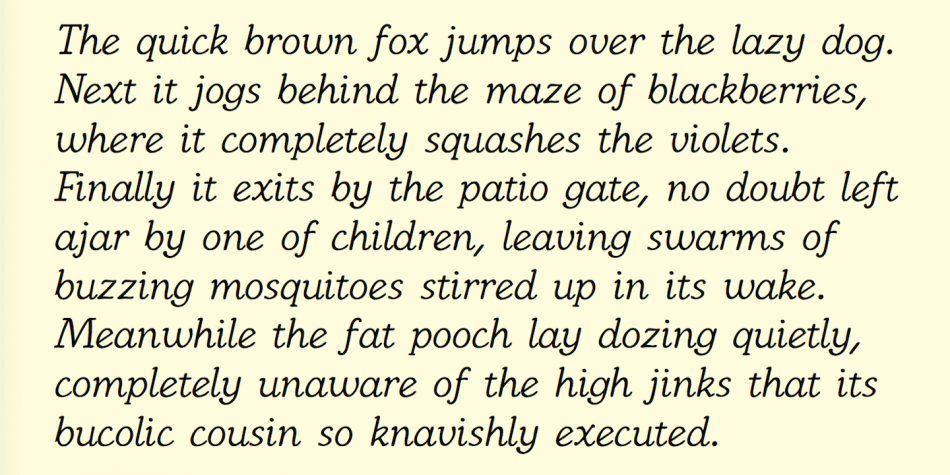 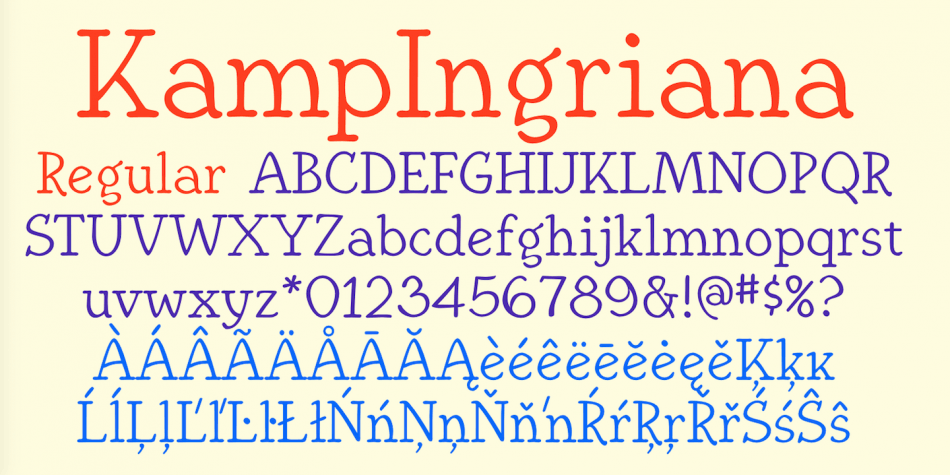 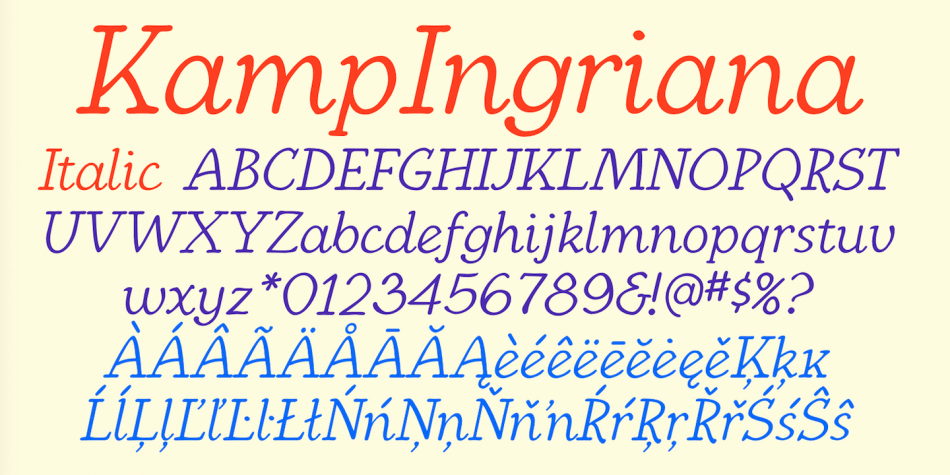 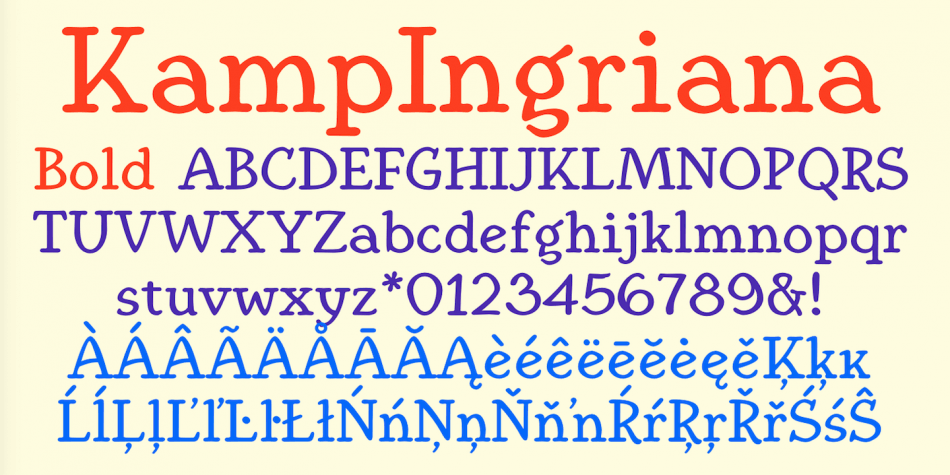 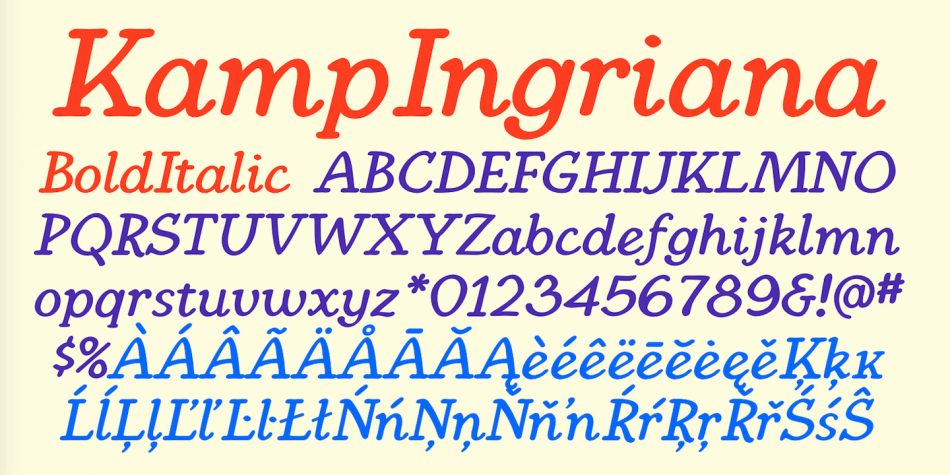 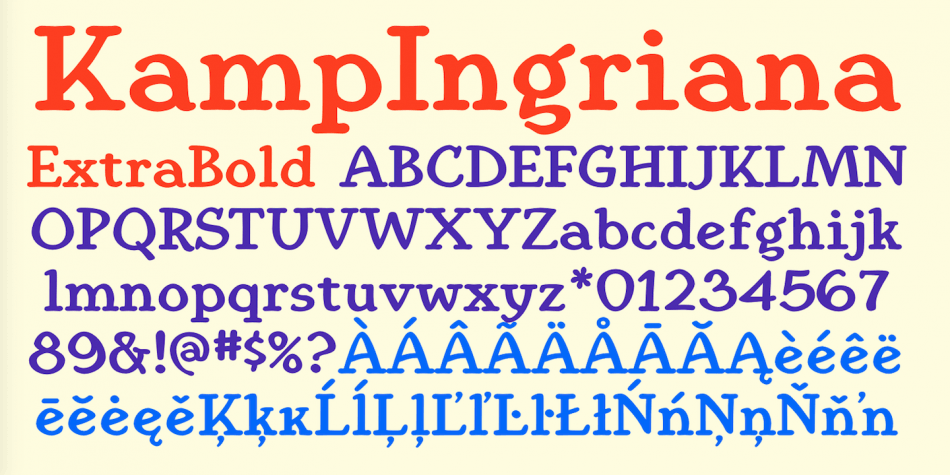 Designed by Robert Schenk, KampIngriana is a display serif, hand drawn and serif font family. This typeface has five styles and was published by Ingrimayne Type.

In the 1990s Adobe’s MultipleMaster technology introduced interpolation into font-editing programs. Although the obvious use of interpolation was to create an unlimited number of weights or widths for a font, interpolation could also be used to blend two completely different typefaces. KampIngriana is the result of such blending, the offspring of  Ingriana, a friendly, soft face, and KampFriendship, which mimics a serifed face drawn by hand.

KampIngriana was originally constructed in 1995-6. It was not constructed to meet any specific purpose but out of curiosity. The original blending had many oddities that I did not clean up until 2020. It has five styles: regular, italic, bold, bolditalic, and extrabold.