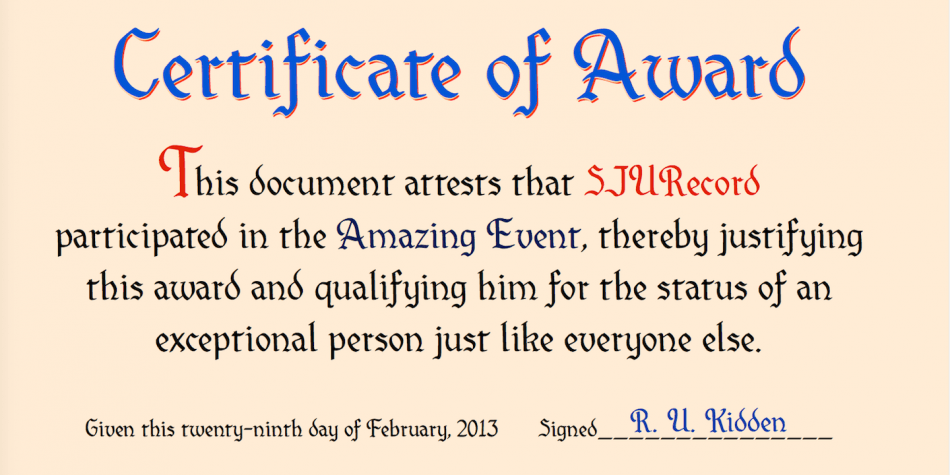 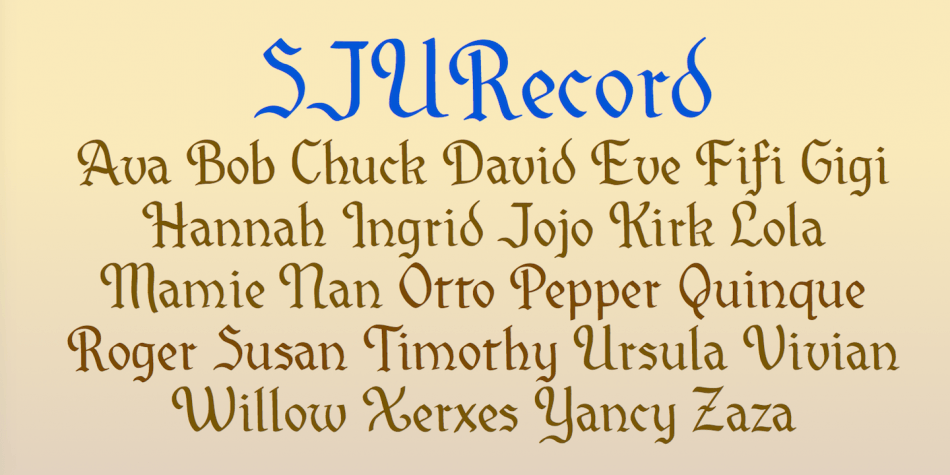 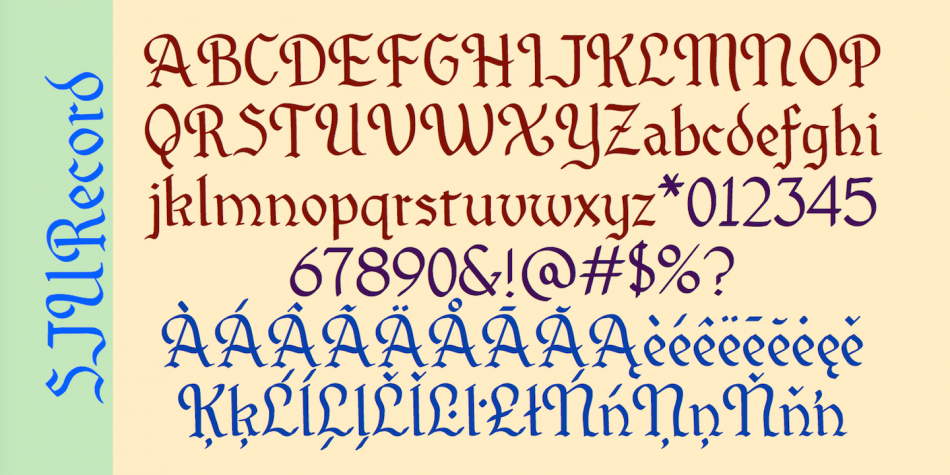 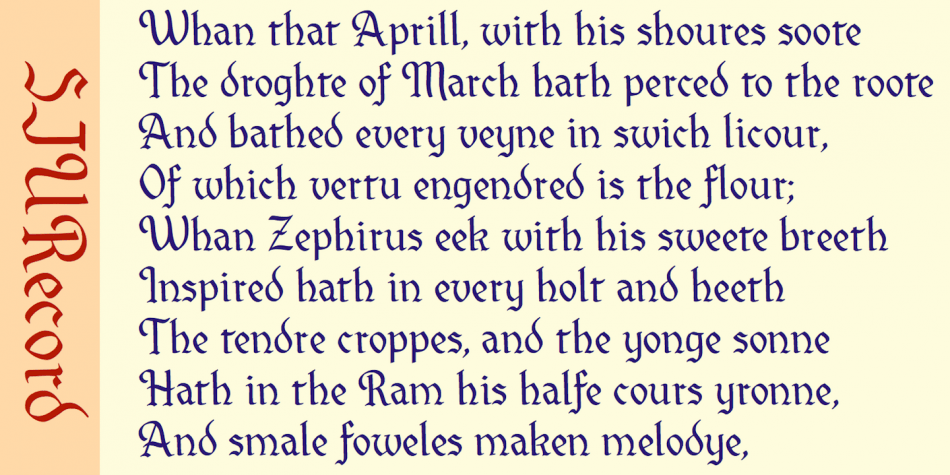 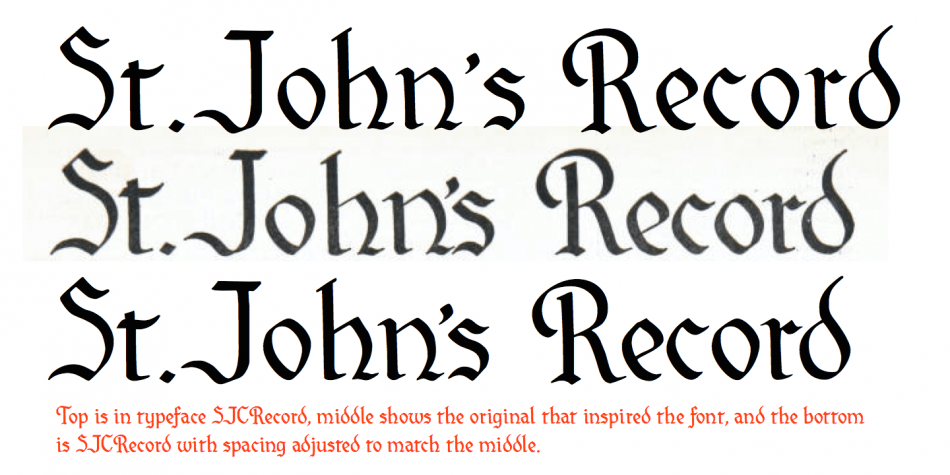 Designed by Robert Schenk, SJURecord is a blackletter font published by Ingrimayne Type.

The inspiration for SJURecord was calligraphic lettering used for the title of a student newspaper, St. John’s Record, during the late 1920s and early 1930s. The three upper-case and nine lower-case letters were considerably different from any calligraphic lettering I had developed, so I thought creating a complete typeface around these twelve letters would be an interesting challenge. SJCRecord has only one weight but has a large array of accented characters.