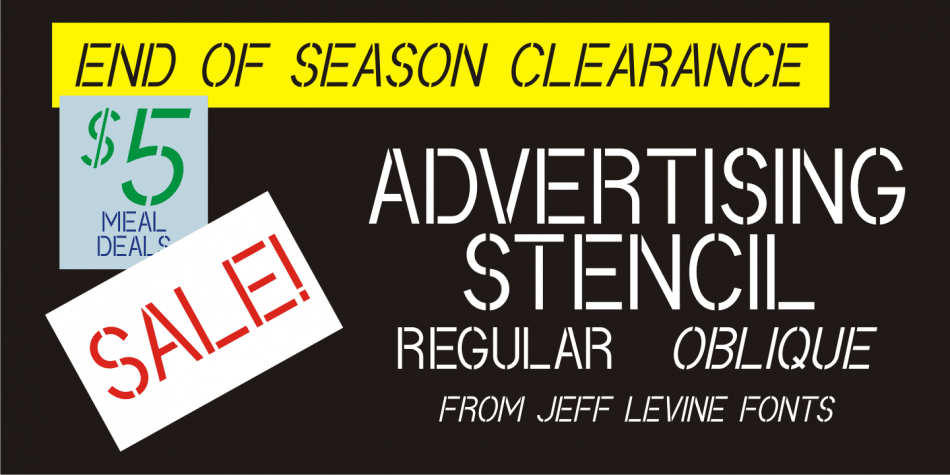 An ad spotted in a 1964 issue of Billboard magazine with the words “STAND BACK…” introduced the first record album from then-new stand-up comedian Bill Cosby.

The lettering of those two words was in a stencil sans serif design that was a perfect candidate for developing into a digital font.

The end result is Advertising Stencil JNL, which is available in both regular and oblique versions.