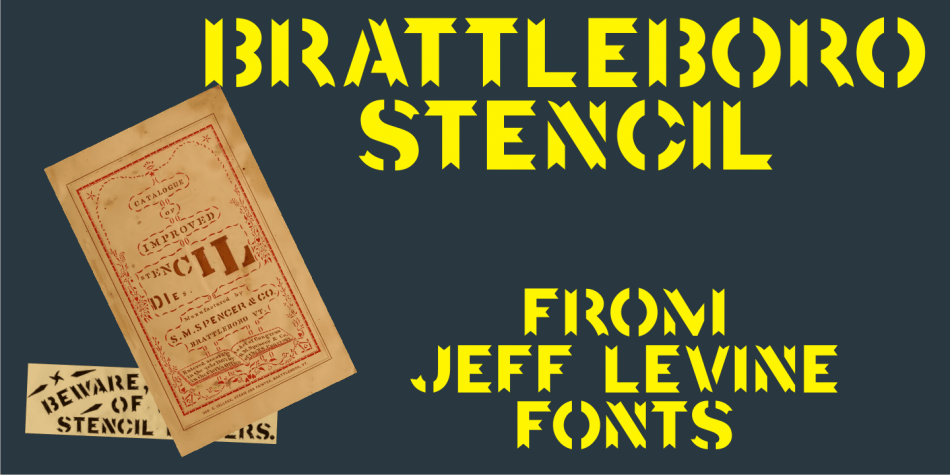 The inspiration for Brattleboro Stencil JNL was found within a reproduction of a sales catalog for stencil punch dies manufactured by S.M. Spencer & Co. (originally of Brattleboro, VT), circa 1868.

Basically a sans serif letter, the font’s unusual feature is its “split tail” design where the letters take on a bit of a ‘Western’ look in appearance.