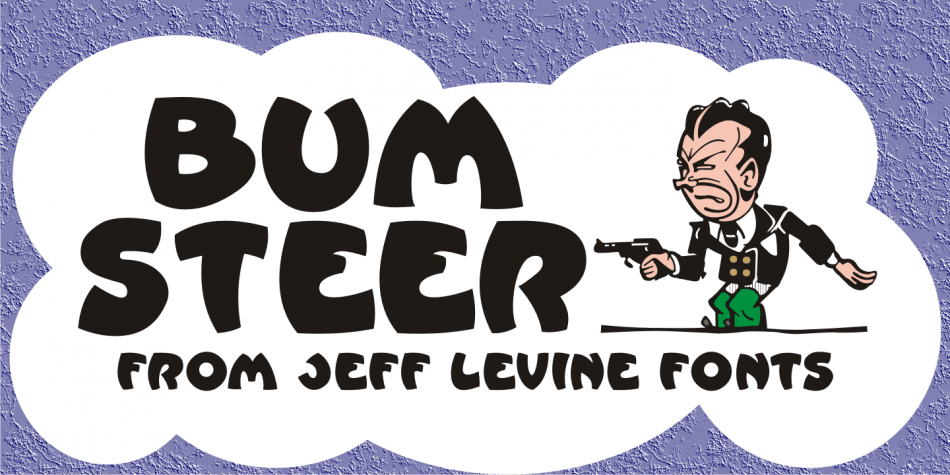 In older American slang, a “bum steer” is a bad tip, some bad advice or being sent in the wrong direction (to name a few examples).

Bum Steer JNL was modeled from some playful hand lettering found on a piece of early 20th Century sheet music entitled “When Uncle Joe Plays a Rag on His Old Banjo”.  It’s very possible that “Hobo” (a popular type design of the time) was a strong influence on the sheet music’s style of title lettering.

It seems that songwriters in those bygone days were prone to cramming as many words from a line of their song into the title itself.

Another such example of a wordy song title which coincidentally is in keeping with the theme of a ‘bum steer’ (pun intended) is a novelty number from 1915:  “Cows May Come and Cows May Go but the Bull Goes on Forever” (words by Vincent Bryan, music by Harry Von Tilzer).  [It’s kind of self-descriptive, don’t you think?]