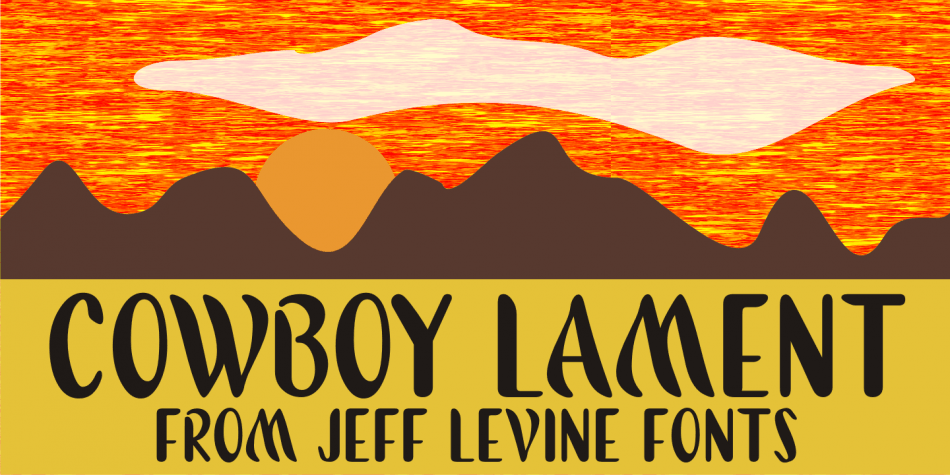 A lament is a sad song, and the music of the cowboys of the Old West had their fair share of them.  However, a vintage piece of sheet music from the early part of the 20th century with the title “The Dying Cowboy” brought at least one positive trait to its mournful song.

The title lettering was drawn in a fashion that emulated lettering made with quick strokes of a paintbrush, and became the inspiration for Cowboy Lament JNL.