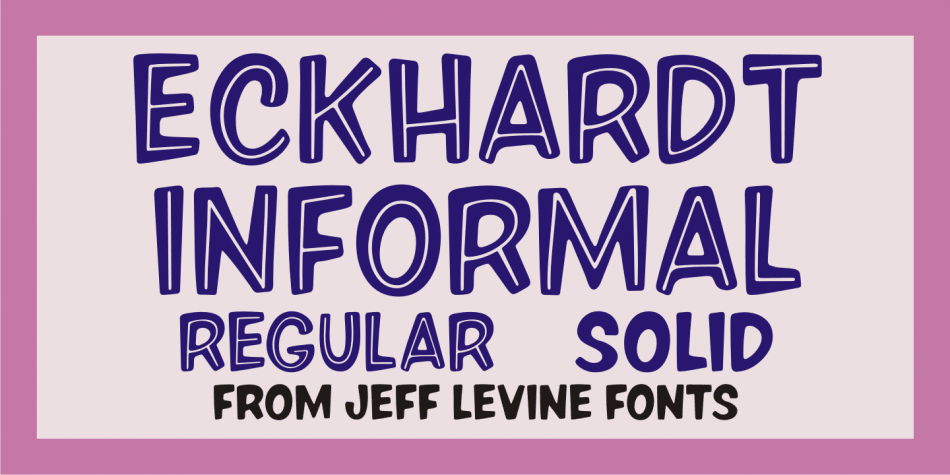 Eckhardt Informal JNL is a display sans and kids font family. This typeface has two styles and was published by Jeff Levine Fonts.

Eckhardt Informal JNL was found in a Dan Solo alphabets book under the name “Circus Wagon”.  This hand-lettered design with a playful inline is reminiscent of the show cards of the 1940s and 1950s.

The Eckhardt series of typefaces is named in honor of the late Al Eckhardt, Jr. - a good friend of type designer Jeff Levine whose talents in hand-crafting attractive lettering was appreciated by many.

His work, like the others before him is fast become a lost art in today’s technology-driven world.

Eckhardt Informal JNL is available in it’s regular (inline) version and also as a solid version.