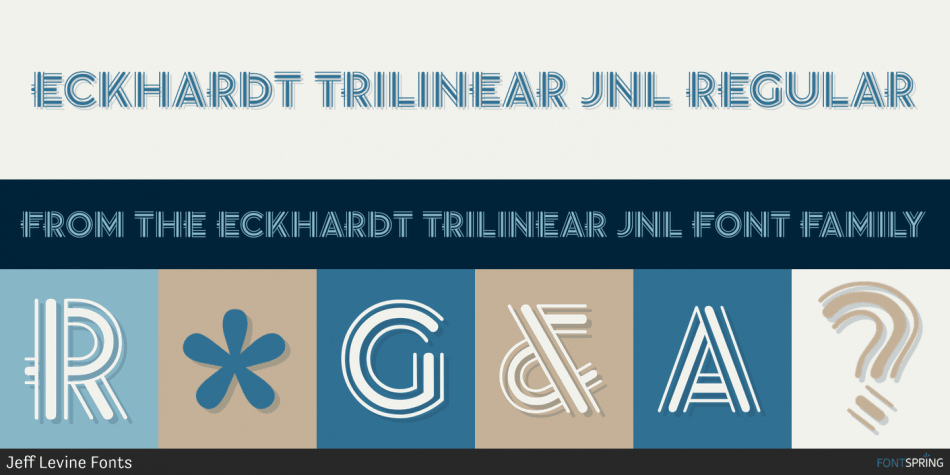 Eckhardt Trilinear JNL was inspired by [and modeled from] a pen-drawn alphabet found in a 1960 edition of the SpeedballÂ® lettering textbook.

As with many other “sign painter-oriented” typefaces by Jeff Levine, it is named in honor of Jeff’s good friend—the late Albert Eckhardt, Jr. Al ran Allied Signs in Miami, Florida from 1959 until his passing.