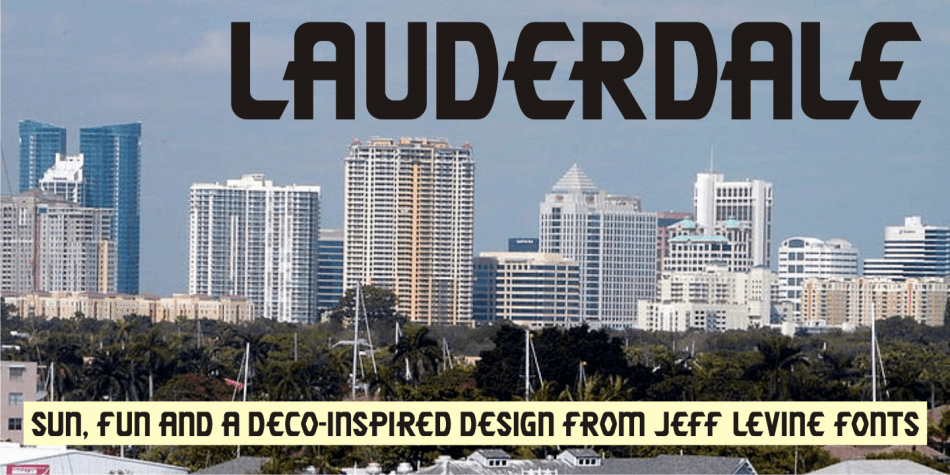 It was a series of three different forts on various spots on the New River built during the Second Seminole War [in Florida] named for Major William Lauderdale.  It was launched as the college students’ spring break destination for many years thanks to the film “Where the Boys Are”.  It’s the major city 23 miles North of Miami.  But wait! There’s more!

Now it’s an eclectic Art Deco-inspired typeface.  Lauderdale JNL is based on vintage source material with many unusual letter shapes and angles.