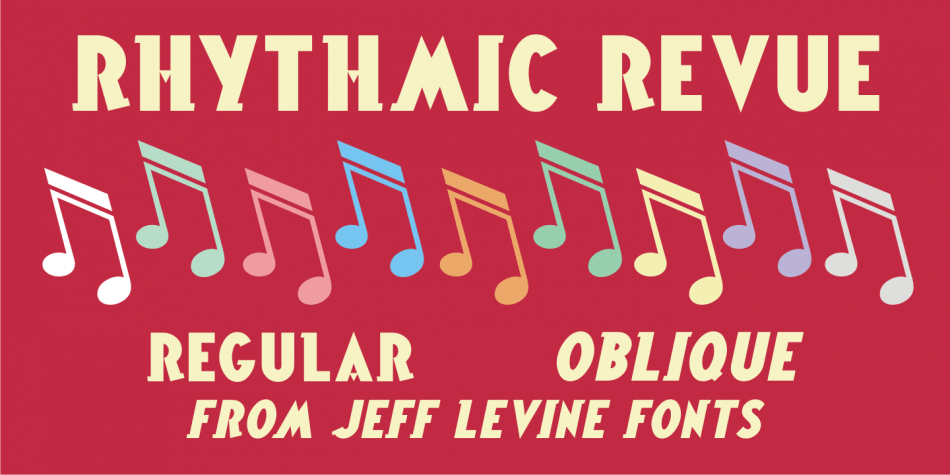 The vintage sheet music for “Between the Devil and the Deep Blue Sea” yielded another bit of Art Deco-era lettering perfect for developing into a digital font.

This time it wasn’t the song title, but rather the name of the show it was from serving as the type inspiration…the Cotton Club’s 1931 revue “Rhythm-Mania”.

Harlem’s Cotton Club was an “exclusive, whites only” club; both famous for its talent and shows, yet infamous for hiring black acts but not allowing black patronage.

On the sheet music, the show title was hand lettered in a bold, slightly stylized fashion which became the basis for Rhythmic Revue JNL; available in both regular and oblique versions.