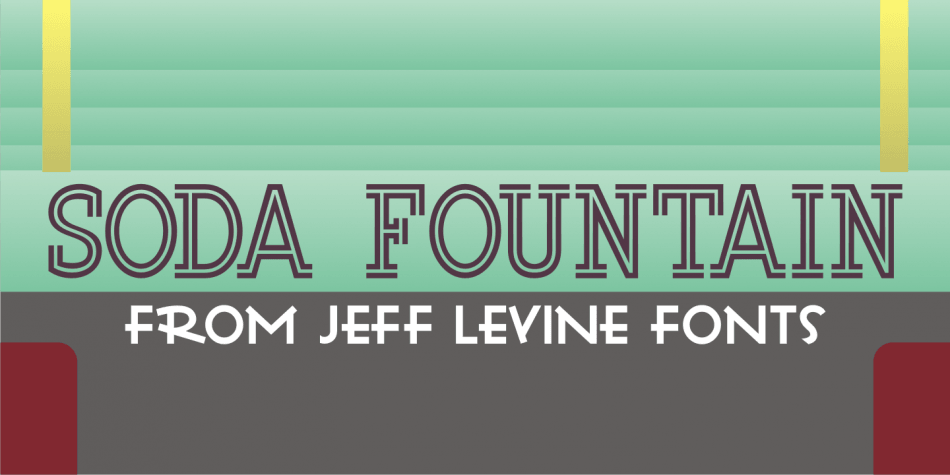 In most cities during the 1950s and 1960s the corner pharmacy or soda shop was a mainstay of teenage life.  It was a place to hang out with friends, hear the latest hits on the jukebox and indulge in everything sugary from malted milkshakes to banana splits.

During this time, a popular form of window advertising was supplied by the Coca-Cola Company to promote its product being served by these locations. Specialty window decals designed to emulate drawn (raised) Venetian blinds ‘bookmarked’ by the soda’s logo were adhered to the shop’s windows, with a space provided to add in customized lettering.

The store’s name or its specialties were applied to each window pane, and this formed a consistent border at the top of all of the shop’s windows.

Although few visual images exist of this specific bit of advertising nostalgia, an old record album by a late-1950s singer named Chip Fisher called “Chipper at the Sugar Bowl” provided a somewhat usable sample for what is now Soda Fountain JNL.