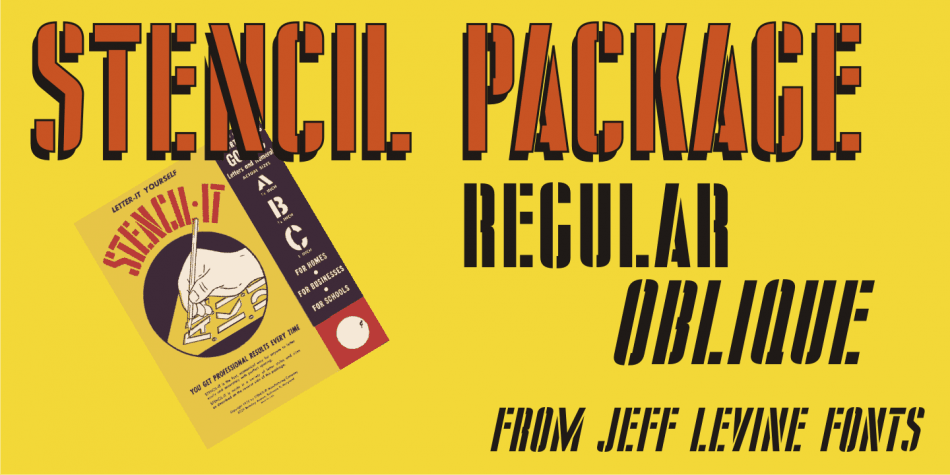 Stencil Package JNL is a stencil and display sans font family. This typeface has two styles and was published by Jeff Levine Fonts.

A two font family. This contains every font in the Stencil Package JNL Family.

Stencil Package JNL has its design roots in the brand name hand-lettered on the paper sleeves for the short-lived Stencil-It line of lettering guides produced in 1955 as a direct competitor to Stenso Lettering Guides.

Formed by Bernie Aronson [a relative of the Libauers who owned the Stenso Lettering Company and who once worked for them] along with a financial partner (noted artist) Sidney Levyne, the company was soon put out of existence by a court action.  It re-emerged in 1956 as the E-Z Letter Stencil Company and existed until the 1990s.

A detailed history of this type of lettering stencil was written by Jeff Levine and is hosted by fellow typographer Ray Larabie at his website: www.larabiefonts.com/stencil.

Stencil Package JNL is available in both regular and oblique versions.