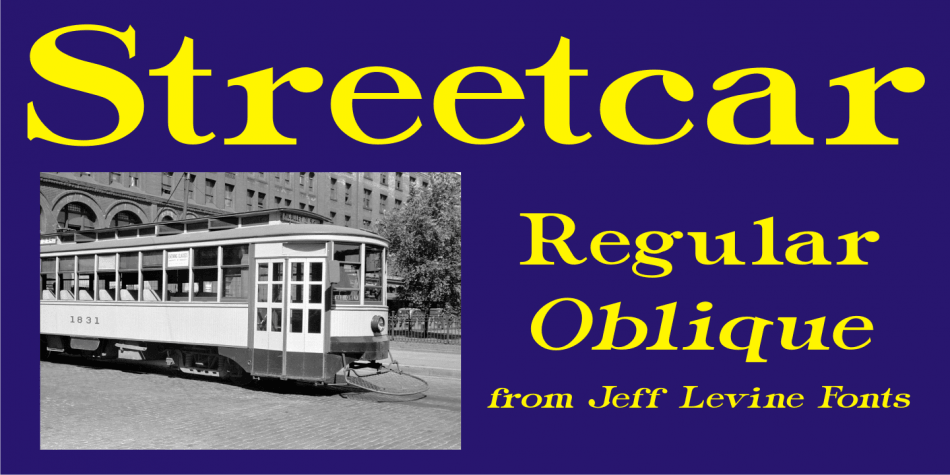 An ebay purchase of a vintage Speedball lettering pen set yielded an extra bonus…  numerous alphabets on paper rendered in both pen and ink and via pencil sketches.

One such design in rough pencil layout is a classic serif typeface often found on many passenger and freight trains, trolley cars and busses.

This “Railroad Roman” was scanned from the original sketches and then re-drawn digitally, all along retaining the charm and attractiveness often found in hand lettering.

The end result is Streetcar JNL, which is available in both regular and oblique versions.