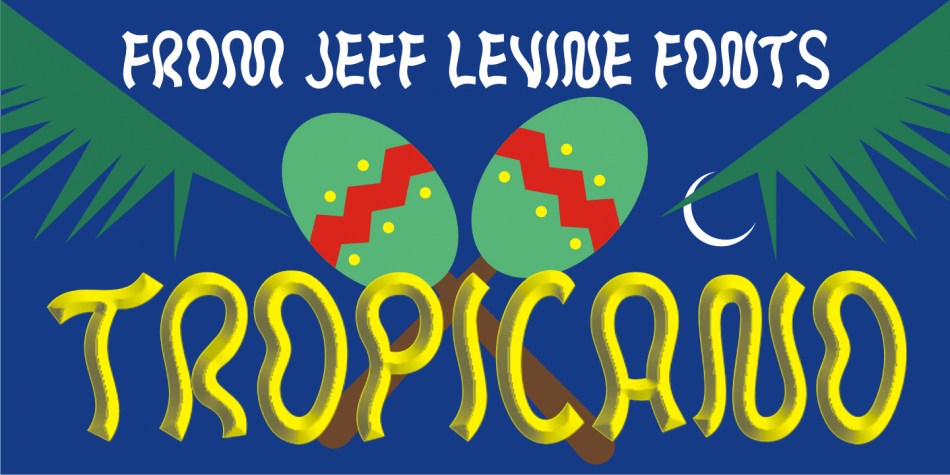 Before 1959, in pre-Castro Havana, Cuba, the preeminent nightclub was the Tropicana.

During the regime of Fulgencio Batista, Cuba was resplendent with nightclubs and gambling casinos catering to [mostly] the North Amrican tourists; which brought it the title of “the Monte Carlo of the Americas”.

Although Cuba (and the world as a whole) has changed vastly over the decades, the hand-lettered logo of the Tropicana Night Club has survived, and has been reproduced as a complete digital font called Tropicano JNL (a slight twist to the club’s name).

At first the font seems to be awkward, crude and amateurish, but in taking a second look, there’s a playful charm to it.  Additionally, this font can double as a “spooky” font for the Halloween season, monster parties and in other similar themes.