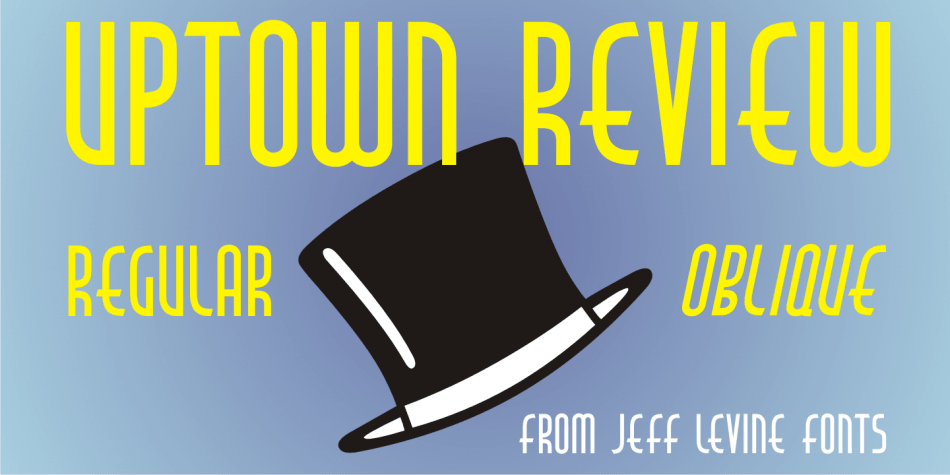 Cover art for the 1933 sheet music of Harold Arlen and Ted Koehler’s “Stormy Weather” (from the musical production ‘Cotton Club Parade’) listed the cast of the show in a condensed hand-lettered sans that typified the 1930s and the Art Deco era.  This served as the inspiration for Uptown Review JNL; available in both regular and oblique versions.

The Cotton Club was a whites-only nightclub which showcased black acts and was originally located on 145th Street in Harlem from 1923 to 1935, then existed for a short time in the New York theater district from 1936 to 1940.

After the Broadway incarnation of the club closed, its space was taken over by the Latin Quarter.