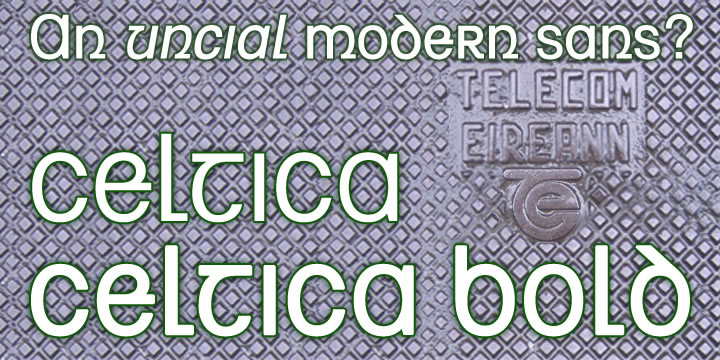 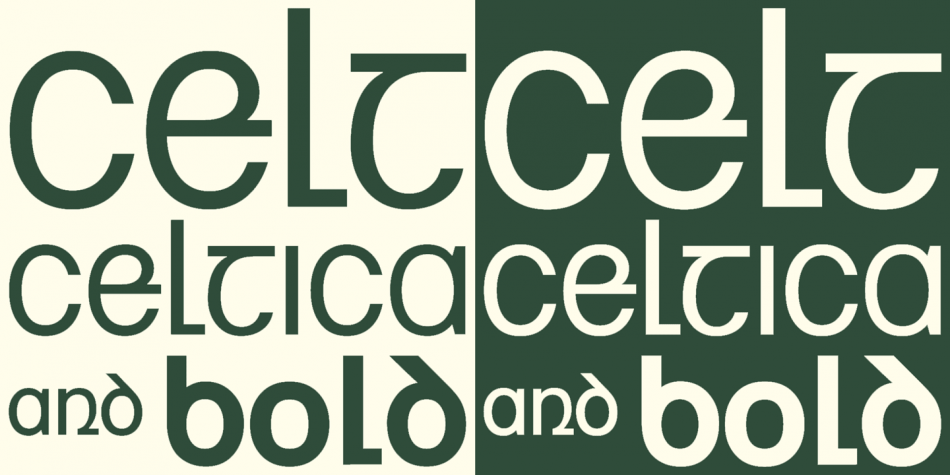 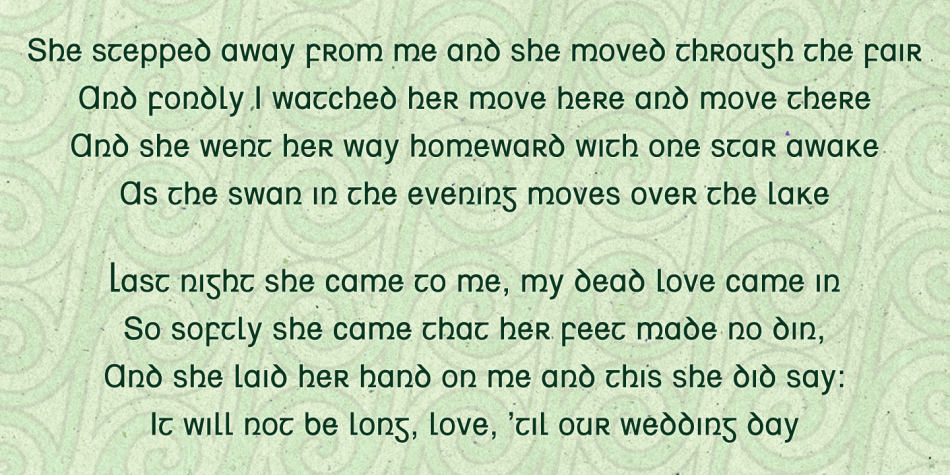 Celtica is an exotic and novelty font family. This typeface has two styles and was published by K-Type.

Celtica is a kind of Helvetica meets Hibernia, for use where a Celtic identity is
required in a twenty-first century context. The ubiquity and clarity of the sans serif lend legibility to
the uncial forms of some letters which become accessible to any audience of latin alphabet users.
Even the ‘insular’, flat-topped G/g, is readable enough for general use in an increasingly popular and
diverse typographical culture. The fonts contain Irish lenited consonants (with dot accents), Tironian
et, and extra Welsh vowels.